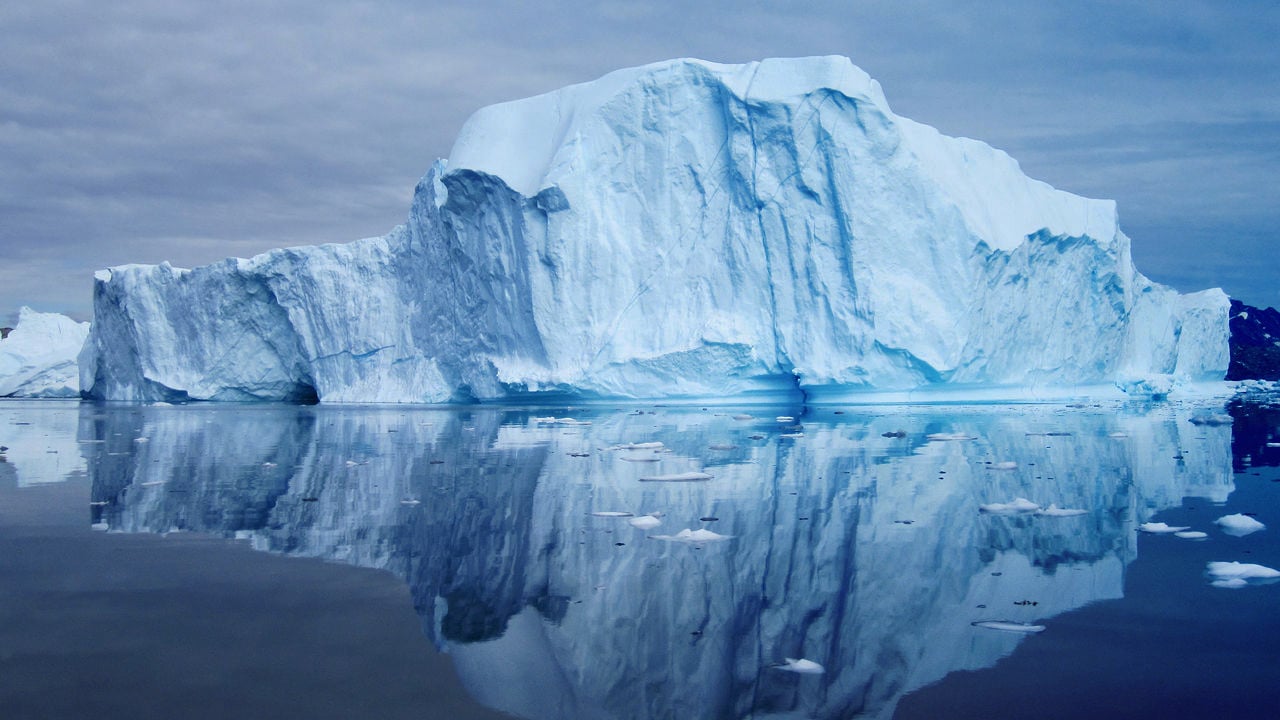 For those of you who haven’t heard yet before the year’s close, Pope Francis is set to release an encyclical on Climate Change. We don’t know what it is going to say, but with the Church stepping headlong into matters of politics, economics, and science, it is time for us as Catholics to enter into that discussion as well. In 1988, Pope John Paul II addressed a letter to the Director of the Vatican Astronomical Observatory, noting, “Science can purify religion from error and superstition; religion can purify science from idolatry and false absolutes.  Each can draw the other into a wider world, a world in which both can flourish.” Human reason, informed by the principles of revealed truth, must be applied both to the realm of climate science, and to religion in order that both be, as Pope John Paul II wrote, purified from “superstition” and “False absolutes.” That is exactly what this blog post by our friend Paul looks to do. Without further adue:

THE END IS NIGH

“That’s just a claim that people like Rush Limbaugh have been propagating,” came the digital rebuff from the professor of my online graduate class, who, for all I know, was a 40-something sitting in his boxers on a bean bag chair in his mother’s basement. We had been discussing climate change in my “Math, Science, and Society” online graduate course, and he had pointed to overpopulation as a major cause of said climate change. So I, being the studious Math student that I am, had been describing to him how, mathematically, one could compute (with Math) that the entire world’s population can fit comfortably in Texas, leaving 5 habitable continents and most of the rest of the 6th completely void of human beings (Texas, of course, being its own continent).  That’s when he hit me with the above response, a response that contained all the academic prowess of a Facebook argument or reddit post, and yet this was the response I received from a graduate level professor. This is the type of response that one tends to get when questioning the doomsday prophets of the climate change movement.

Any intellectual stab such as mine is so beautifully parried by these most-educated and mature men and women with the well-executed riposte we like to call: “name calling.” “Name calling” is so effective, you see, because one need not deal with the conclusions of reason on the grounds that such reason is “bigoted” or “backwards.” It also happens to be a logical fallacy.

These kinds of logical fallacies were all too common in that class by the way, which led me to question the entire approach of this discipline. What if this is not science at all, but religion masquerading as science?

Now don’t get me wrong. I consider myself by all means a religious person, and I am in no way opposed to the transcendent reasoning that accompanies religious debates. I also believe that there are very competent scientists who study the climate and that legitimate climate science is an important field to be pursued. That being said, however, if the earth is warming at all (which has not been clearly established),  there are many other reasons to think that it is a naturally occurring phenomenon (solar activity, the little ice age, the medieval warm period, scientists hiding the decline… Dexter blowing up the moon…

But what I have discovered in the process of having numerous discussions with those who believe in man-made climate change is that most climate scientists should really be called climate scientologists (if you’ll excuse the insult…to scientologists). Stay with me, and you’ll see what I mean.

Close your eyes for a moment. Wait, nevermind. Keep them open…this is a blog post. Consider a historical circumstance where an elite group of individuals sat in judgment upon those who disagreed with them, threatening dissenters that they would burn if they did not submit their intellect to a particular set of beliefs. What are you thinking of? The Inquisition? Wrong, I’m talking about the Kyoto summit, a meeting where individuals from around the world gathered to pronounce dogmatically that the world would end if nations did not agree on “a truly global emission reduction regime.” (You can read all about it in the complicated legalese meant to bolster its significance here.) Basically, the message is as follows: the richer nations have to sacrifice if we don’t want the world temperature to rise to unsustainable levels.

We’re also expecting to see the Koolaide man there.

Aside from sounding an awful lot like Marxism, these statements sound far more like the words of a religious group. Heck, even those of an end-times religious cult.

Rather than dismissing these statements as the scare tactics of a handful of fanatics, however, this strategy of fear mongering has been deliberately adopted by ecology programs throughout our University system. Quoting from State of the World 2013: Is Sustainability Still Possible? (the textbook for my aforementioned graduate course), “Three patterns of teaching and learning emerge from today’s mélange of programs. The first is a general trend toward urgency and alarm, coupled with a focus on the inability of prevailing systems of economic accounting and political decisionmaking to address looming environmental ills has anyone seen my xanax” (emphasis mine, panic attack also mine).  Sorry, got so anxious I forgot to unbold the end of that sentence. The plan is apparently to freak the ever-living crap out of students to the point that their fight-or-flight system overrides all rationality.  In other words, they want to hijack the amygdala, the emotional center of the brain, in order to spur collective action—not collective thinking. How can these be the plans of disinterested scientists?

But that isn’t the only thing they are trying to hijack. Believers in man-made global warming have co-opted Paschal’s wager to their own benefit. I had a friend chime in on a Facebook thread once (from his bean bag chair) asking something to this effect: “Wouldn’t you rather act as if man-made climate change is happening?” Where have I heard that before….hmm…maybe in a discussion about how it’s a safer bet to assume there is a hell and act like I’d rather go to heaven?  Yeah!  That’s it.  Wait…isn’t that a religious argument?  But here it is again, only now it’s wearing a lab coat and carrying a thermometer. Furthermore, anyone who does not instantly agree with those who denounce humanity’s sins of emission receives the brand of “denier.”  Sound familiar?  That’s because the Church has traditionally labeled those who have disagreed with her creeds as a “heretic.”  Now there’s nothing wrong with the Church labeling someone who skews from clearly defined doctrines as someone who skews from clearly defined doctrines, but there is something wrong with a scientific group employing religious approaches in order to encourage the mass-adoption of their “purely scientific” (pausing to actually mime air quotes) conclusions.

My hypothesis? Man is essentially a religious animal who desires to be in relationship with a power greater than himself, and power-hungry people with a collectivist agenda have discovered this and decided to manipulate it.  Instead of discussing the science, we are simply told to put our faith in the experts, the ordained clerics of climate scientology…even when those same experts are found to be manipulating the data to obtain the results they want.  So even when the world has largely given up on God and doubts all things spiritual, everyone still wants to serve a cause greater than themselves (or at least to believe that they are doing so). Incidentally, that also may be why climate scientology has been adopted by those who exalt Atheism as the only intellectual option. It’s not that they believe in no higher power, they just want to be that higher power, and riding the rising tides of “global warming” is just the way to arrive at the exalted throne. Previous occupants include The Targarians, King Joeffery, & the Green Ranger

This attitude can be found among those who populate the U.N. I n fact, the U.N. goes so far as to oppose the Church’s teachings on human sexuality and the dignity of human life, both born and unborn.  True, we have a duty to be good stewards of God’s creation, but the U.N. is hardly an example of a good steward considering they promote the destruction of God’s highest creation, mankind, at his most vulnerable moments in the name of “sustainable development.” Let’s hope that Pope Francis’s upcoming encyclical on the environment (tag line: “Reduce, Reuse, Recyclical”) addresses some of these concerns as well.

That’s why climate scientology is so dangerous: just enough science to sound credible, just enough religion to establish a creed. And with both of these notes playing in harmony, climate science has played on our fears. The priests of this faith have discovered not our effect on nature, but how to affect our human nature—that is to say, they have discovered our innate desire to serve a cause bigger than ourselves and willfully twisted it to their own gain.

But me? Well, let’s just say I’m thinking that man-made global warming will happen when hell freezes over, and you can quote me, Rush.

Paul once studied to be a celibate Roman Catholic Priest, but decided teaching math was a far preferable career. Paul decided to teach by day and perform by night, trying out his newest material on his captive audience of math students, many of whom have described his sense of humor as “adequate” or even “tolerable.”  Passionate about humor, his Catholic faith, young people, and above all, the truth, find out more about Paul’s speaking/comedy ministry: Here