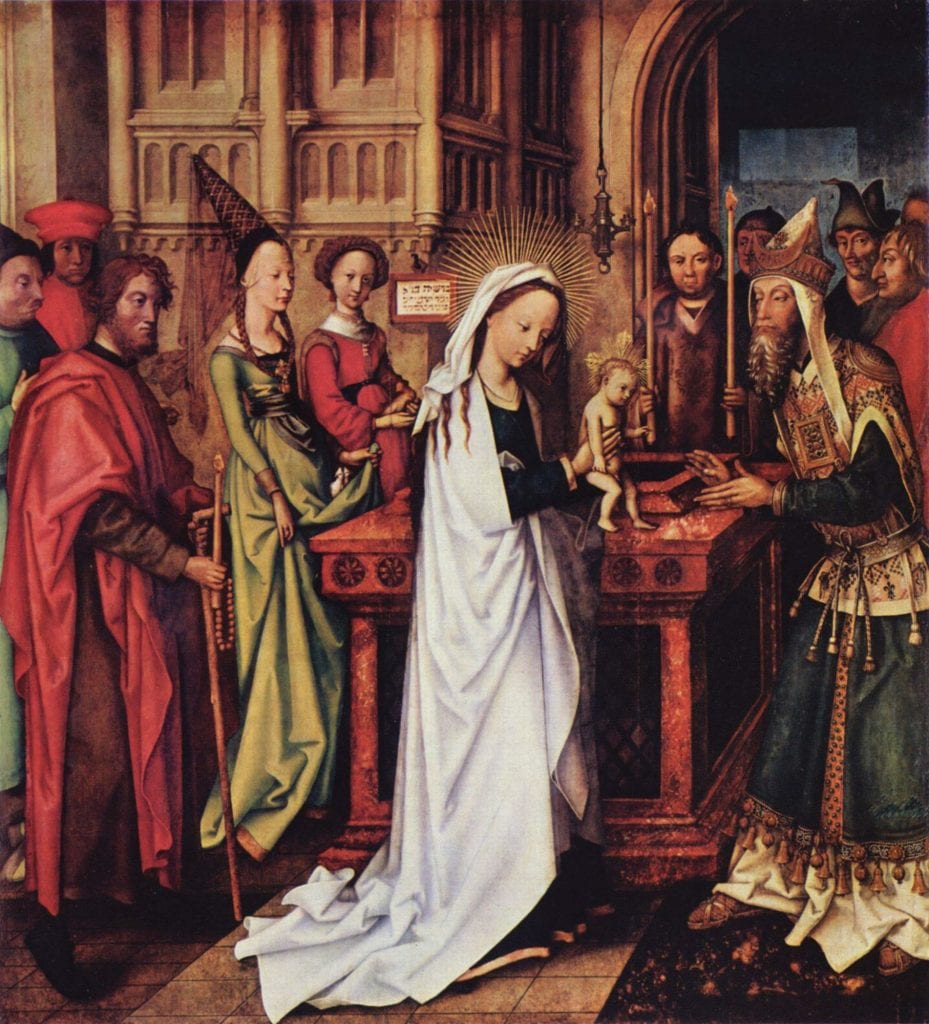 Collect:
All-powerful Father,
Christ Your Son became man for us
and was presented in the temple.
May he free our hearts from sin
and bring us into your presence.

We ask this through our Lord Jesus Christ, Your Son,
who lives and reigns with You and the Holy Spirit,
one God, for ever and ever. Amen

First Reading: Malachi 3:1-4
“Behold, I send My messenger to prepare the way before Me, and the Lord whom you seek will suddenly come to His temple; the messenger of the covenant in whom you delight, behold, He is coming, says the Lord of hosts. But who can endure the day of His coming, and who can stand when He appears?

“For He is like a refiner’s fire and like fullers’ soap; He will sit as a refiner and purifier of silver, and He will purify the sons of Levi and refine them like gold and silver, till they present right offerings to the Lord. Then the offering of Judah and Jerusalem will be pleasing to the Lord as in the days of old and as in former years.

Since therefore the children share in flesh and blood, He Himself likewise partook of the same nature, that through death He might destroy him who has the power of death, that is, the devil, and deliver all those who through fear of death were subject to lifelong bondage. For surely it is not with angels that He is concerned but with the descendants of Abraham. Therefore He had to be made like His brethren in every respect, so that He might become a merciful and faithful high priest in the service of God, to make expiation for the sins of the people. For because He Himself has suffered and been tempted, He is able to help those who are tempted.

Now there was a man in Jerusalem, whose name was Simeon, and this man was righteous and devout, looking for the consolation of Israel, and the Holy Spirit was upon him. And it had been revealed to him by the Holy Spirit that he should not see death before he had seen the Lord’s Christ. And inspired by the Spirit he came into the temple; and when the parents brought in the child Jesus, to do for Him according to the custom of the law, he took Him up in his arms and blessed God and said, “Lord, now lettest thou thy servant depart in peace, according to thy word; for mine eyes have seen thy salvation which thou hast prepared in the presence of all peoples, a light for revelation to the Gentiles, and for glory to thy people Israel.”

And His father and His mother marveled at what was said about Him; and Simeon blessed them and said to Mary His mother, “Behold, this Child is set for the fall and rising of many in Israel, and for a sign that is spoken against (and a sword will pierce through your own soul also), that thoughts out of many hearts may be revealed.”

And there was a prophetess, Anna, the daughter of Phanu-el, of the tribe of Asher; she was of a great age, having lived with her husband seven years from her virginity, and as a widow till she was eighty-four. She did not depart from the temple, worshiping with fasting and prayer night and day. And coming up at that very hour she gave thanks to God, and spoke of Him to all who were looking for the redemption of Jerusalem.

And when they had performed everything according to the law of the Lord, they returned into Galilee, to their own city, Nazareth. And the Child grew and became strong, filled with wisdom; and the favor of God was upon Him.