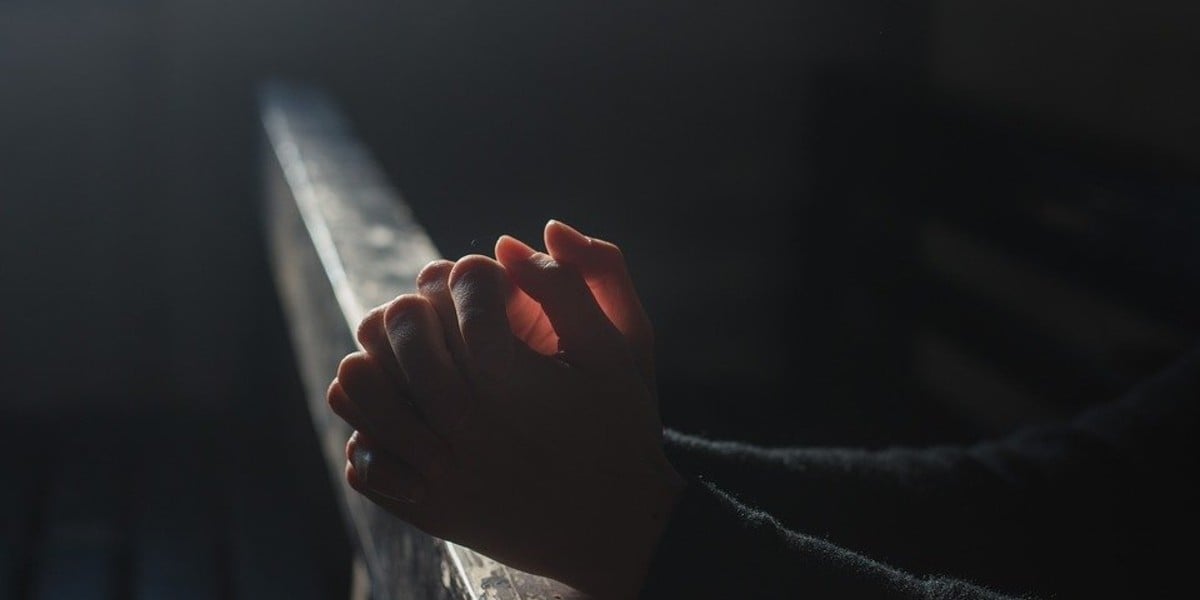 The Prayer of Abandonment, written by Blessed Charles de Foucauld, is one of the most beautiful prayers of faith, trust and surrender in the Christian spiritual heritage.  Memorize it, pray it often, and share it with others!

Father,
I abandon myself into your hands; do with me what you will.
Whatever you may do, I thank you:
I am ready for all, I accept all.
Let only your will be done in me, and in all your creatures.
I wish no more than this, O Lord.

Into your hands I commend my soul;
I offer it to you
with all the love of my heart,
for I love you, Lord,
and so need to give myself,
to surrender myself into your hands,
without reserve,
and with boundless confidence,
for you are my Father.

The Blessed Charles de Foucauld, the author of this prayer of abandonment, prayed this with his life.  After some time as a gardener in Jesus’ hometown of Nazareth, he heard the call to establish a new way of religious life, the Little Brothers and Sisters of Jesus, who embody in their life and work the spirit of this powerful prayer of faith and surrender to the will of God. Ulitimately, he felt was drawn to live out this prayer as a hermit in the desert of North Africa.  A roving band of desert tribesman ultimately took his life.

For more great resources on Prayer, see the PRAYER SECTION of the Crossroads Initiative Library.

Charles de Foucald was born into an aristocratic family of Strasbourg, France on September 15, 1858. His parents died while he was still quite young, leaving him a large fortune. After a rowdy youth of spending his parent’s money on the best champagne and foie gras, he entered the military and did a stint in the French foreign legion. His insistence that his mistress Mimi accompany him to social events for other officers and their wives earned him the contempt of his colleagues, leading to his defiant resignation from the military.

While living among the Muslim population of North Africa, Charles had developed a fascination with Islam and the Koran, but nevertheless remained an agnostic.  Once back in his native France, he embarked on a religious quest that led him frequently to stop in Catholic Churches to make this prayer: “God, if you exist, let me know it.”

Finally, in 1886, while visiting the Church of St. Augustine in Paris, he experienced a profound conversion to Christ, went to confession, and began discerning a vocation to some sort of religious life. In 1888, he visited the Holy Land, and developed a profound love of Nazareth and devotion to the hidden, ordinary life of Mary, Joseph and Jesus. In 1890, he entered the French Trappist Abbey of Our Lady of the Snows. Not long after, he was assigned to a monastery in Syria where his work was to supervise a crew of Muslim manual laborers who worked for the monastery. He realized at this point that he was called not to be a boss, but a servant and laborer himself, to be last as Jesus was, not first. So he left the Trappists and, after working as a gardener for a monastery of Poor Clares in Nazareth from 1897-1900, was ordained to the priesthood on June 9, 1901, and returned to the Muslim people of North Africa to live among them as a hermit.

For fifteen years he lived “the hidden life of Nazareth” outside of Tamanrasset, a village of the Touareg tribe, a Berber people of the Southern Sahara Desert, where temperatures could rise to 120 during the day and plummet to near freezing at night. His days were spent in manual labor and such tasks as translating the gospels into the Touareg language, while most of his nights were spent in adoration of the Blessed Sacrament. On December 1, 1916 he was murdered by a band of rebellious, anti-French tribesmen. A religious order of men and women have sprung from his witness, called respectively the Little Brothers and the Little Sisters of Jesus. They aspire to live as he did–among the poor, working alongside of them, silent witnesses to the Gospel through their love, prayer and very ordinary life of hard work. There is also an association of diocesan priests that come from his influence, called Jesus Caritas.

Charles de Foucauld was beatified by Pope Benedict XVI on November 13, 2005. He probably best known for his inspiring “Prayer of Abandonment.” At his ceremony of beatification at St. Peter’s Basilica, the Holy Father briefly greeted the pilgrims who filled the basilica, among whom were Tuaregs from the desert, with their blue robes and white turbans. Speaking in French, Benedict XVI gave thanks to God for the testimony of Father Foucauld: “Through his contemplative and hidden life in Nazareth he found the true humanity of Jesus, inviting us to contemplate the mystery of the incarnation. . . . He discovered that Jesus, who came to unite himself with us in our humanity, invites us to universal fraternity, which [Foucauld] later lived in the Sahara, to the love of that which Christ had given as an example to us. . . . As a priest, he put the Eucharist and the Gospel at the center of his existence.” Blessed Charles de Foucauld is very much like St. Therese of Lisieux, who died while Charles was in Nazareth. For both of them, holiness was to be found in the midst of the everydayness of ordinary life, in the small things that we do that become great because they are motivated by great love. Biography by Dr. Italy