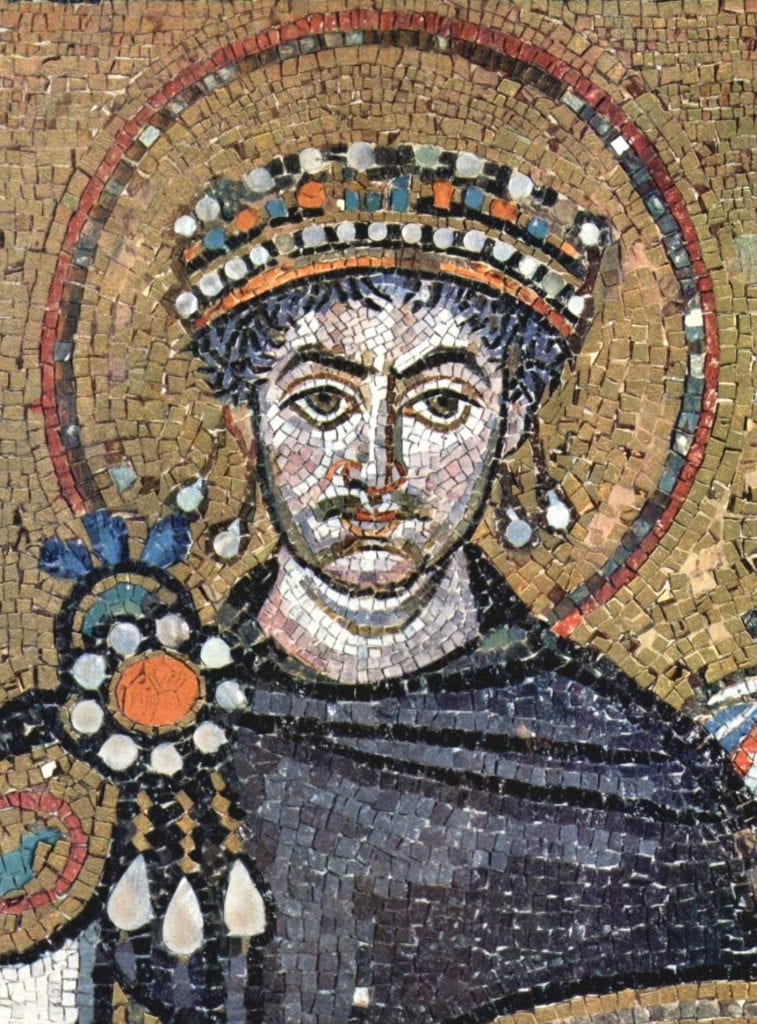 Wisdom has built herself a House – Procopius of Gaza

In this excerpt from his commentary on Proverbs , Procopius of Gaza touches on many topics– the divinity and humanity of Jesus Christ, true God and true man, the seven gifts of the holy Spirit, the value of wisdom and prudence, and the gift of Christ’s body and blood in the Eucharist.

Wisdom has built herself a house (Proverbs 9:1). God the Father’s Power, himself a person, has fashioned as his dwelling-place the whole world, in which he lives by his activity; and has fashioned man also, who was created to resemble God’s own image and likeness and has a nature which is partly seen and partly hidden from our eyes.

And she has set up seven pillars. To man, who was made in the image of Christ when the rest of creation was completed, Wisdom gave the seven gifts of the Spirit to enable him to believe in Christ and to keep his commandments. By means of these gifts, strength is stimulated by knowledge and knowledge is reflected in strength until the spiritual man is brought to completion, solidly founded on firm faith and on the supernatural graces in which he shares.

His nature is made more glorious by strength, by good counsel, and by prudence. Strength brings a desire to seek out all manifestations of the divine will through which all things were made. Good counsel distinguishes what is God’s will from what is not and leads him to ponder, to proclaim and to fulfil the will of God. Prudence, finally, leads him to turn towards the will of God and not to other things.

She has mingled her wine in a bowl and spread her table. Because the Word of God has mingled in man, as in a bowl, a spiritual and a physical nature and has given him a knowledge both of creation and of himself as the Creator, it is natural for the things of God to have on man’s mind the inebriating effect of wine. Christ himself, the bread from heaven, is his nourishment enabling him to grow in virtue, and it is Christ who quenches his thirst and gladdens him with his teaching. For all who desire to share in it, he has prepared this rich banquet, this spiritual feast.

She has sent forth her servants with the sublime message that all are to come to the bowl and drink. Christ has sent forth his apostles, the servants of his divine will, to proclaim the message of the Gospel which, since it is spiritual, transcends both the natural and the written law. By this he calls us to himself: in him, as in a bowl, there was brought about by the mystery of the incarnation a marvelous mingling of the divine and human natures, although each still remains distinct. And through the apostles he cries out: Is anyone foolish? Let him turn to me. If anyone is so foolish as to think in his heart that there is no God, let him renounce his disbelief and turn to me by faith. Let him know that I am the maker of all things and their Lord.

And to those who lack wisdom he says: Come, eat my bread and drink the wine that I have prepared for you. To those who still lack the works of faith and the higher knowledge which inspires them he says ‘Come, eat my body, the bread that is the nourishment of virtue, and drink my blood, the wine that cheers you with the joy of true knowledge and makes you divine. For I have miraculously mingled my divinity with my blood for your salvation.’

This selection from Procopius of Gaza’s Commentary on Proverbs (Cap. 9: PG 87-1, 1299-1303) explains what it means that wisdom has built herself a house.  In it, he touches on the seven (7) gifts of the Holy Spirit, the virtues, and the Eucharist.  The selection appears in the Roman Office of Readings on Wednesday of the sixth (6th) week in ordinary time with the accompanying biblical reading taken from Proverbs 9:1-18.

Procopius of Gaza
St. Procopius is the most prominent and prolific representative of a group of Christian rhetoricians of the late fifth and early sixth century located in the city of Gaza, on the Mediterranean shore of the Holy Land.  Little is known about his life, but many of his extensive commentaries on Scripture are preserved.  He is a valuable witness to the Apostolic Tradition since his commentaries are filled with extensive quotes from earlier Fathers of the Church including Origen, Basil the Great, and Cyril of Alexandria.  Procopius died around the year AD 538 and is honored as a Saint by Catholic and Orthodox Churches.