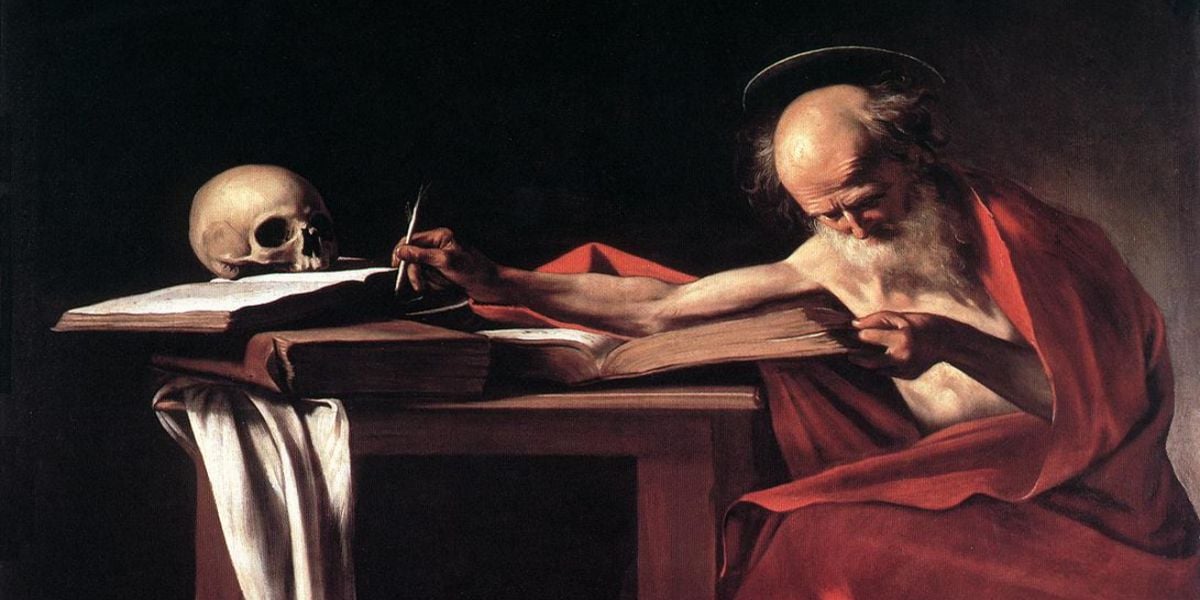 14 minute podcast in which Sonrise Morning show guest host Ryan Lopez quizzes Dr. Italy about the life and impact of Jerome, bible scholar, father and Doctor of the Church and warrior for Christ.  On the occasion of his feast day, September 30.

The life of Jerome is one long, literal pilgrimage.  As a child he went to study in the great imperial center of Rome, leaving behind his native Dalmatia (now Croatia).  From there, studies to him to Trier (in modern Germany) where he encountered Christ in a deeper way and discovered his vocation to the monastic life.  He eventually made his way to the Syrian desert, outside of Antioch, where an alarming dream led him to turn his attention from his beloved Latin classics, like Cicero, to the Scriptures, read in the original languages of Hebrew and Greek.  But once again the Lord called him to move, this time it was back again to Rome where he became a deacon secretary to Pope Damasus.  There be began the process of translating the gospels and the psalms into Latin, which was, at that time, the vernacular of the people of Rome.  He lived out most of his remaining years in Bethlehem, translating from Hebrew all the books of the Old Testament into Latin.

During all this time, Jerome was a relentless warrior for the truth about Christ, fighting with vigor against the heresies of his day, especially Pelagianism.  Though he had a fault of at times turning his sharp tongue against orthodox, faithful Catholic Christians with whom he might disagree, the Lord, in his mercy, was nonetheless able to make him a saint.  In this, he is a great encouragement to all of us who struggle with impatience and anger.