Single supplement for our France Pilgrimage is $1595 – and is VERY limited – reserve now!

NOTE: Mass for our group will be celebrated daily by our pilgrimage chaplains in some of the most amazing sites in France!

on this 12-day Pilgrimage, including a 5-Day River Cruise

Visit the holiest places in France and see the beautiful landscape along the Seine River on this fall pilgrimage. Led by international tour guide and theological historian Marcellino “Dr. Italy” D’Ambrosio, this 12-day trip will explore the shrines of St. Joan of Arc, St. Therese of Liseux, and St. Thomas Aquinas. You’ll visit the Normandy Beaches for the 75th anniversary of D-Day and enjoy daily Mass with the tour’s three chaplains who will accompany this very special tour. Dr. Italy will be our principal guide, providing expert commentary on saints, sites, and shrines of France. 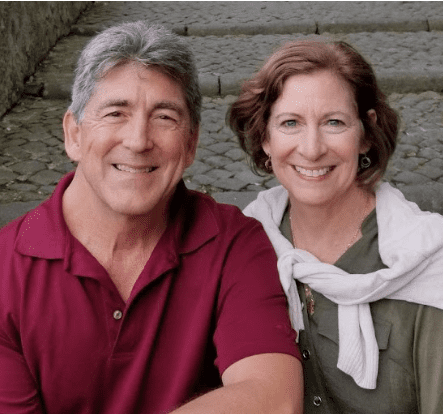 Known on Catholic radio and TV as “Dr. Italy,” Dr. D’Ambrosio is a NY Times best-selling author and a renowned commentator on Catholic issues appearing on Fox News’ “Geraldo Rivera At Large” and Bill O’Reilly’s radio show. A doctoral student of the re- nowned Jesuit theologian Avery Cardinal Dulles, Mar- cellino is an expert on the history of the Church in France and has a special familiarity with Sts. Joan of Arc, Therese of Lisieux, and Thomas Aquinas, whose shrines we will be visiting on this very special tour. Dr. Italy will be our principal guide, providing expert com- mentary on saints, sites, and shrines of France.

We depart on an overnight flight to Paris from JFK with add-ons from DFW, ABQ, Miami and other cities upon request at an additional cost. Dinner and breakfast will be served on the plane. Add-on airfares are available from most major cities.

Welcome to France. Upon arrival at the airport, we are greeted by our English speaking French Guide. We board the motor coach for a drive to the city center. We see the beautiful Seine River, the Eiffel Tower, des Champs-Elysées and other highlights of the city during a panoramic tour. We celebrate Mass* before boarding the ship at 5PM. Enjoy the sights of Paris and the Eiffel tower from the river. Tonight we marvel at the beautifully lit up city and the light show at the Eiffel Tower before we start sailing towards Normandy. Dinner is on the ship. Nightly entertainment and beverages are included with meals.
Overnight on the ship. (Dinner)
*Mass subject to confirmation based on flight arrival time.

Enjoy the views from the ship as we sail past the romantic looking landscapes of forests, small villages, and farms between Paris and Rouen. Many of the houses near the river are old mansions from the XVIIIth and XIXth centuries. There are 29 locks between Paris and Rouen and passing through them is one of the charms of a Seine river cruise. In the morning Dr. D’Ambrosio will retrace for us the footsteps of Joan of Arc, as we prepare for our visit of Rouen, the preeminent capital of Normandy. Rouen offers a restored medieval quarter and a marvelous Gothic cathedral of Notre Dame, often painted by the artist Claude Monet. Throughout its turbulent history, the city was devastated several times including during the Middle Ages, when it was devastated by the plague. The English occupied it during the Hundred Years War, at which time the French heroine Joan of Arc (Jeanne d’Arc) was tried for heresy and burned at the stake in the central square in 1431. During WWII, Allied bombing raids laid waste to large parts of the city, especially the area south of the cathedral, but over the last six decades the city has been meticulously rebuilt. We tour the city on foot and celebrate Mass at the Church of St. Joan of Arc where she was brutally murdered. Return to the ship for dinner and overnight. (B, L, D)

We travel to the charming coastal town of Honfleur with its skinny, soaring houses. For more than a thousand years, sailors have enjoyed Honfleur’s ideal location, where the Seine River greets the English Channel, and 19th-century Impressionists were captivated by the town’s unusual light — also the result of its river-meets-sea setting. Honfleur escaped the bombs of World War II, and today offers a romantic port enclosed on three sides by sprawling outdoor cafés. We celebrate Mass and have time to explore this lovely city on our own before returning to the ship for dinner and the overnight. (B, L, D)

After a morning retreat on the ship, as we cruise along the Seine, we take a drive through beautiful Normandy, to Omaha Beach, where we see the American Memorial and Cemetery and remember our brave, fallen soldiers. 2019 marks the 75th Anniversary of the D-Day Landing. The 54 miles of the Atlantic Ocean that stretch from Utah Beach in the west to Sword Beach in the east are lined with WWII museums, monuments, cemeteries, and battle remains left in tribute to the courage of the British, Canadian, and American armies that successfully carried out the largest military operation in history: D-Day. It was on these serene beaches, at the crack of dawn on June 6, 1944, that the Allies finally gained a foothold in France; from this moment, Nazi Europe was destined to crumble. We visit a nearby town for shopping and lunch on our own. Mass will be celebrated before we return to the ship for dinner and overnight. (B, D)

Today we disembark from our ship, saying goodbye to the wonderful crew members, who have become our friends and drive to Lisieux, home of St. Therese the Little Flower. Along the way, we stop at a local working farm to see how the various cheeses Normandy is famous for, some of which we have tasted during our cruise, are made. Upon arrival in Lisieux, we visit all the places associated with the life of the Saint and her parents, including a visit to Les Buisonnets, her humble dwelling. We visit the magnificent Basilica of St. Therese where we also visit the Crypt. Mass will be celebrated. Dinner and overnight in Lisieux. (B, D)

Returning to Paris this morning, we stop to see the magnificent Our Lady of Chartres Cathedral and enjoy lunch on our own in the small town, before arriving – the City of Light. In the afternoon we visit Rue Du Bac and the Chapel of the Miraculous Medal where we see the incorrupt body of St. Catherine Laboure and visit the museum next door. We have time to shop before walking a short distance to the St. Vincent de Paul Church. Mass will be celebrated at a location TBD. Overnight in Paris. (B, D)

After breakfast, we tour Notre Dame Cathedral, Paris’ most beloved church, with its gothic towers and gargoyles. Our next stop is the Montmartre section of Paris to explore the magnificent Sacre Coeur (Sacred Heart Basilica) and the bohemian quarter of the city. Mass will be celebrated. The afternoon is at leisure to explore the city on our own, perhaps do some shopping or visit a muse- um. Dinner is on our own. Overnight in Paris. (B)

Today we transfer to the airport for a short flight to Toulouse. Not many people realize that one of the great theologians of the Catholic Church, St. Thomas Aquinas is buried in Toulouse. We see his burial site at the Jacobian Church, before departing for Lourdes. Mass will be celebrated. Dinner and overnight in Lourdes. (B, D)

Following breakfast, we visit the Basilica which includes the sanctuary and the Grotto. We watch a video presentation that explains in detail, the story of Lourdes. We have time for private prayer and reflection. Mass will be celebrated. This evening we join the Candlelight Procession. (April -October only TBC) (B, D)

Today we visit the Grotto, where Our Lady appeared to Bernadette; drink water from the miraculous spring that has healed many and visit the healing baths. We see Boly Mill, the birthplace of St. Bernadette and the “Cachot,” an abandoned prison where Bernadette’s impoverished family lived. We pray the Stations of the Cross and attend a Blessing of the Sick in the afternoon. Mass will be celebrated. We have our farewell dinner in a local restaurant with a choice of beer or wine as we celebrate the wonderful experiences and spiritual enrichment we encountered during this wonderful trip. Dinner and overnight in Lourdes. (B, Special dinner)

After breakfast, we are transferred to Toulouse airport for our flight home. (B)

Have more questions? Just ask us!

Click the button below to ask us about travel, destinations, lodging, or anything else you’re wondering about.