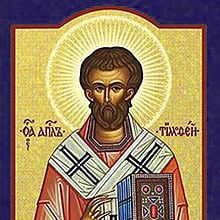 St. Caesarius was born around 470, six years before the official collapse of the western half of the Roman empire. Near the end of his teenage years, he entered the famous monastery at Lerins in what was then called Gaul but is now Southernn France. He ultimately became Archbishop of Arles and helped make it the primatial see of the territory of Gaul. He was a student of St. Augustine and saw clearly that all in the Christian life is a result of God’s abundant grace. Therefore, he took a leading role in the 2nd Council of Orange in 529 which condemned the theological tendency that thought it possible for sinful human beings to make the first steps toward God on their own power. St. Caesarius died about 542 AD.  He is reckoned among the later Fathers of the Church.   Biography by Dr. Italy