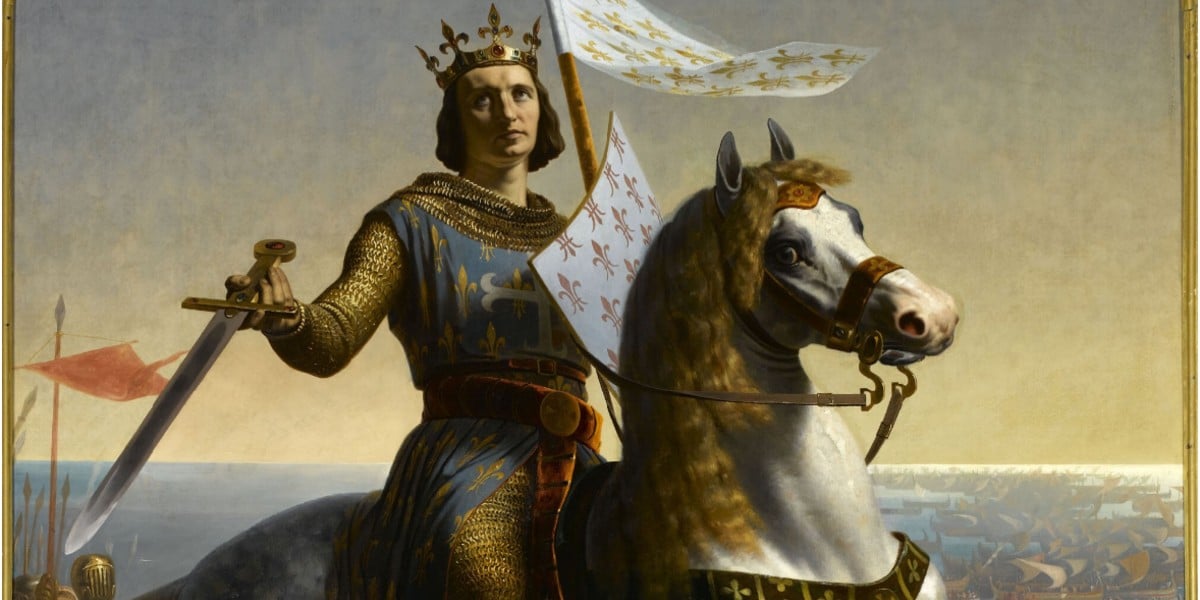 Here Saint Louis, king of France, gives advice to his son as to how a Catholic statesman ought to conduct himself with relation to God, his subjects, and especially the poor.  Read on August 25, the feast of St. Louis.

My dearest son, my first instruction is that you should love the Lord your God with all your heart and all your strength. Without this there is no salvation.

Keep yourself, my son, from everything that you know displeases God, that is to say, from every mortal sin. You should permit yourself to be tormented by every kind of martyrdom before you would allow yourself to commit a mortal sin.

If the Lord has permitted you to have some trial, bear it willingly and with gratitude, considering that it has happened for your good and that perhaps you well deserved it. If the Lord bestows upon you any kind of prosperity, thank him humbly and see that you become no worse for it, either through vain pride or anything else, because you ought not to oppose God or offend him in the matter of his gifts.

Listen to the divine office with pleasure and devotion. As long as you are in church, be careful not to let your eyes wander and not to speak empty words, but pray to the Lord devoutly, either aloud or with the interior prayer of the heart.

Be kindhearted to the poor, the unfortunate and the afflicted. Give them as much help and consolation as you can. Thank God for all the benefits he has bestowed upon you, that you may be worthy to receive greater. Be just to your subjects, swaying neither to right nor left, but holding the line of justice. Always side with the poor rather than with the rich, until you are certain of the truth. See that all your subjects live in justice and peace, but especially those who have ecclesiastical rank and who belong to religious orders.

Be devout and obedient to our mother the Church of Rome and the Supreme Pontiff as your spiritual father. Work to remove all sin from your land, particularly blasphemies and heresies.

In conclusion, dearest son, I give you every blessing that a loving father can give a son. May the three Persons of the Holy Trinity and all the saints protect you from every evil. And may the Lord give you the grace to do his will so that he may be served an honored through you, that in the next life we may together come to see him, love him and praise him unceasingly. Amen.

This post is an excerpt from a spiritual testament to his son by Saint Louis, king of France (Acta Sanctorum Augusti 5 [1868], 546).  It appears in the Roman Catholic Office of Readings for the Feast (liturgical memorial) of St. Louis the King on August 25.

St. Louis was born in 1214 and became king of France at the young age of 22. He was an exemplary Christian father to his eleven children, personally instructing them in the faith. His love for the poor, regularity in prayer, and consistency in doing penance was extraordinary. His commitment to social justice and the temporal welfare of his subjects was accompanied by a deep concern for their spiritual welfare as well. He undertook a Crusade to recover the tomb of Christ from the Saracens and died near Carthage in 1270. Biography by Dr. Italy