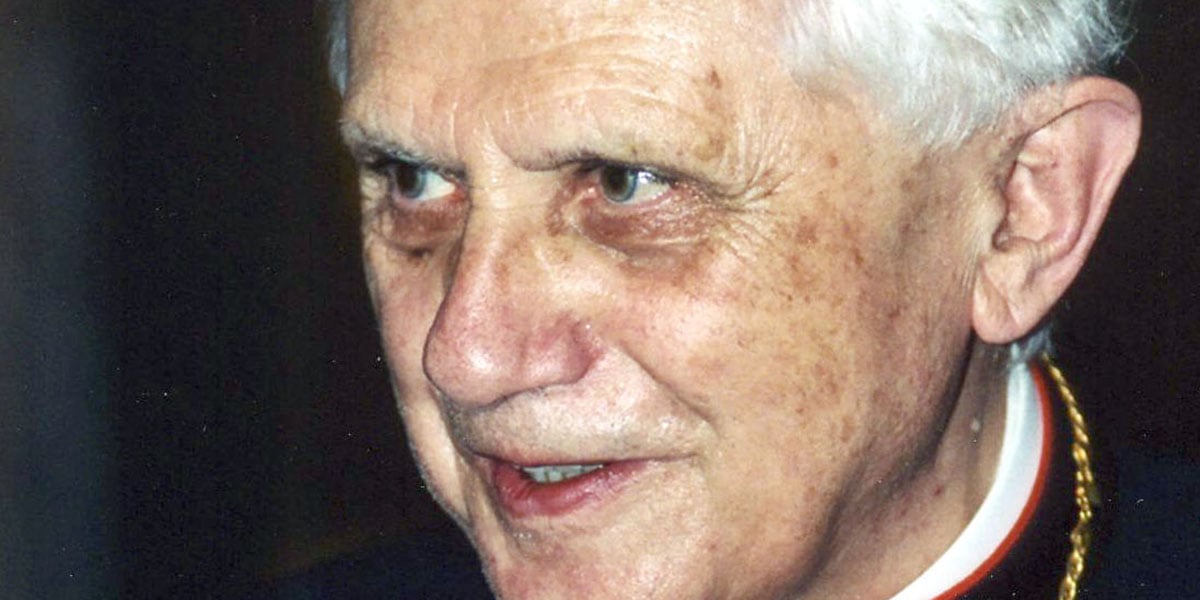 Benedict XVI – What’s in a Name?

The reason why Josef Ratzinger, upon his election to the chair of Peter in 2005, selected the name of Pope Benedict XVI.

In the Bible, when God changes someone’s name, it’s a sign of a change of destiny, of a new special role in God’s plan. In the gospels, Jesus changes the name of only one person. Simon becomes Peter, the rock, upon whom Jesus builds his Church.

It is fitting, then, that the first act of the Successor of Peter upon his election is to choose a new name. He, of course, gives a great deal of prayer and thought to this matter. The name will say something about the Pope he believes God wants him to be, about the role God wants him to play.

So why did Cardinal Ratzinger choose the name of Benedict?

The day after his election in 2005, he explained himself. He was thinking of not one, but two previous Benedicts.

The first was not even a Pope. In fact, he was just a simple monk who desired nothing more than to live a quiet life of prayer and work and lead others to do the same. This Benedict, born in the 5th century in Nursia, an area of Italy, fled the decadent urban life of Rome to seek a life of solitude in the country. Monastic life was chaotic and unregulated at that time, and so this young man gathered a band of monks around him and formed a community, writing a rule of life that was so practical that it became the pattern for thousands of monks and monasteries all over the world. These monks who followed this rule ultimately were the ones who evangelized and educated Europe during the “dark ages” and are still doing the work of evangelization and education today.

It is clear that Pope Benedict XVI desired to gathering around himself a band of disciples who, through prayer and hard work, will lead to the re-Christianization of Europe and to the carrying of the gospel to lands that have not yet heard it.

The second Benedict was Pope during the troubled time of the First World War. As supposedly Catholic nations attacked each other with a deadly array of weapons never seen before, this Benedict was a voice of peace, a prophet who called for reconciliation in a war-torn world. Pope Benedict XV also undertook vigorous efforts to heal the wounds of religious struggle between Christians, calling for Christian unity and launching initiatives especially to lead to greater understanding between Eastern Orthodox and Roman Catholics. Finally, Pope Benedict XV called for Christian renewal based on a more prayerful, intense reading of the Scriptures, issuing an encyclical on the Bible called Spiritus Paraclitus.

So what’s in a name? A destiny. A destiny and a call from God perceived by Pope Bendicit XVI to be a simple man of prayer who calls Europe and the entire world to Jesus and the fullness of His truth, calls Christians to love one another and be renewed in holiness through the power of the Word, and calls the world to resolve problems without recourse to the horrors of war.