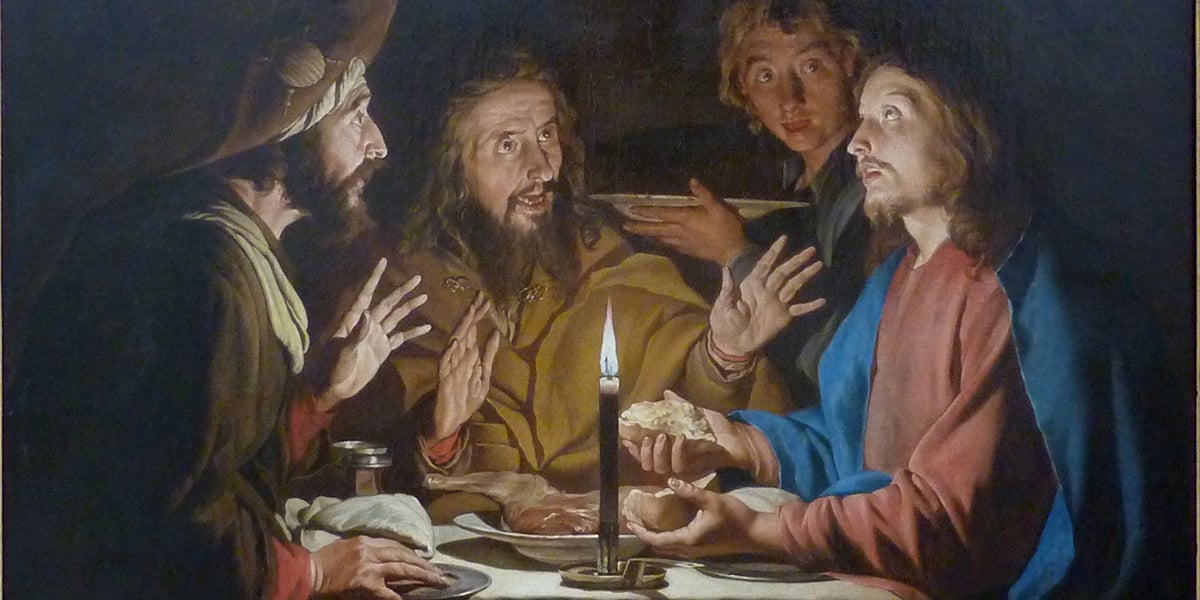 Between Resurrection & Ascension – Leo the Great

This Ascension homily by Pope St. Leo the Great on the glory of the resurrection of Christ is wonderful for personal prayer or catechetical use anytime during the Easter Season, especially during the 40 days between Easter Sunday and the Solemnity of the Ascension of the Lord.  In a special way, it focuses on the encounter with Christ on the road to Emmaus.

Beloved, the days which passed between the Lord’s resurrection and his ascension were by no means uneventful; during them great sacramental mysteries were confirmed, great truths revealed.

He Breathed on them

In those days the fear of death with all its horrors was taken away, and the immortality of both body and soul affirmed. It was then that the Lord breathed on all his apostles and filled them with the Holy Spirit; and after giving the keys of the kingdom to blessed Peter, whom he had chosen and set above all the others, he entrusted him with the care of his flock.

The Road to Emmaus & the Breaking of Bread

During these days the Lord joined two of his disciples as their companion on the road, and by chiding them for their timidity and hesitant fears he swept away all the clouds of our uncertainty. Their lukewarm hearts were fired by the light of faith and began to burn within them as the Lord opened up the Scriptures.

And as they shared their meal with him, their eyes were opened in the breaking of bread, opened far more happily to the sight of their own glorified humanity than were the eyes of our first parents to the shame of their sin.

Between The Resurrection & Ascension

Throughout the whole period between the resurrection and ascension, God’s providence was at work to instill this one lesson into the hearts of the disciples, to set this one truth before their eyes, that our Lord Jesus Christ, who was truly born, truly suffered and truly died, should be recognized as truly risen from the dead.

The blessed apostles together with all the others had been intimidated by the catastrophe of the cross, and their faith in the resurrection had been uncertain; but now they were so strengthened by the evident truth that when their Lord ascended into heaven, far from feeling any sadness, they were filled with great joy.

In the Ascension, our Humanity is Exalted

Indeed that blessed company had a great and inexpressible cause for joy when it saw man’s nature rising above the dignity of the whole heavenly creation, above the ranks of angels, above the exalted status of archangels. Nor would there be any limit to its upward course until humanity was admitted to a seat at the right hand of the eternal Father, to be enthroned at last in the glory of him to whose nature it was wedded in the person of the Son.

This post is an excerpt from an Ascension sermon by Pope Saint Leo the Great (Sermo 1 de Ascensione, 2-4: PL 54, 305-396).  It focuses in a special way on the appearance of the Lord on the road to Emmaus.  It appears in the Roman Office of Readings for Wednesday of the Sixth week of Easter.  The accompanying biblical reading is I John 2: 18-29.