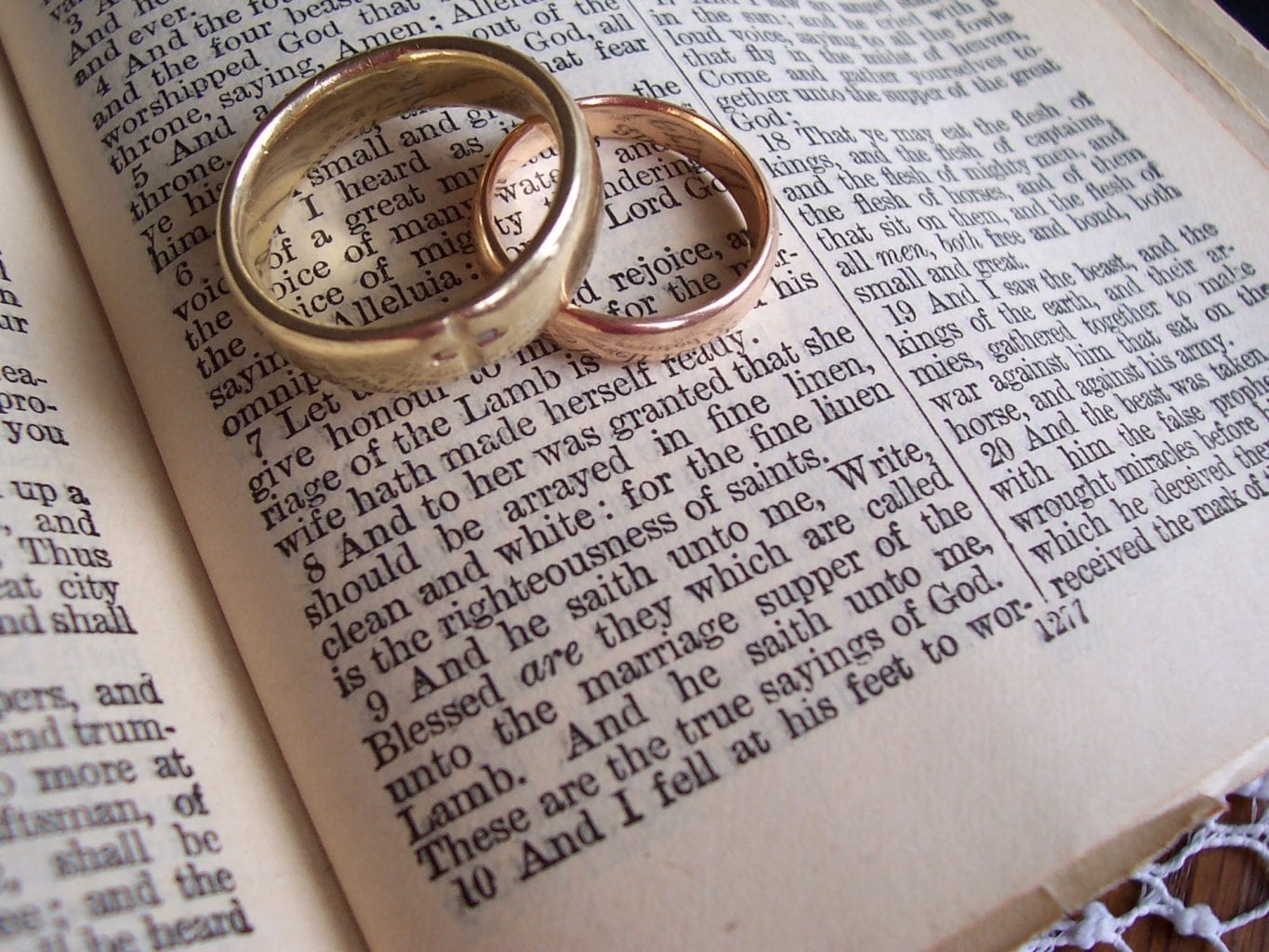 From a letter by Tertullian, an Early Church Father, to his wife, ca. 202 AD, illustrating the great esteem for the sacrament of holy marriage in the days of the early Catholic Church.

How beautiful, then, the marriage of two Christians, two who are one in hope, one in desire, one in the way of life they follow, one in the religion they practice.

They are as brother and sister, both servants of the same Master. Nothing divides them, either in flesh or in Spirit. They are in very truth, two in one flesh; and where there is but one flesh there is also but one spirit.

Side by side they face difficulties and persecution, share their consolations. They have no secrets from one another, they never shun each other’s company; they never bring sorrow to each other’s hearts… Psalms and hymns they sing to one another.

Hearing and seeing this, Christ rejoices. To such as these He gives His peace. Where there are two together, there also He is present, and where He is, there evil is not.

This selection comes from the second chapter of Tertullian’s letter to his wife (Ad Uxorem 2) written areound the year 202 AD.   The Latin text can be found in Migne, PL 1: 1273ff.  For more information on this work of Tertullian , see http://www.tertullian.org/works/ad_uxorem.htm

For more resources on Marriage, visit the SACRAMENT OF MATRIMONY library of the Crossroads Initiative.

Tertullian, son of a Roman centurion from North Africa, was born around 160A.D. He received a good education in literature and rhetoric and probably practiced law for a while before being converted to Christianity around the year 197A.D.  It is the Church Father St. Jerome who tells us that Tertullian became a priest, but there are some indications that he may have remained a layman. What is clear is that eloquent as he was in both Greek and Latin, Tertullian soon after his conversion set himself to defending the Catholic faith against the pagans as well as heretical Christians. In so doing coined some of the key theological terms and phrases of the Christian theological tradition. It is in Tertullian’s writings that we first find the Latin word “trinity” to describe the relationship between the Father, Son, and Holy Spirit, whom he taught were “one God in three persons.” This remains a classic Trinitarian formula to this day. He also made a great contribution to Christology, the branch of theology which seeks to understand the person of Jesus Christ and how divinity and humanity are related in him. It is Tertullian who gives us the formula later canonized by the Ecumenical Council of Chalcedon, teaching that Christ is “one person in two natures.” Tertullian is the author of many apologetic and theological works and is one of the most quotable of the Early Church Fathers. His is the famous phrase “the blood of the martyrs is the seed of the Church.” And criticizing the reliance on pagan philosophy that he detects in many heretics, he coined yet another famous phrase: “what has Athens to do with Jerusalem?” Though Tertullian made great and lasting contributions to a wide scope of Catholic doctrines (Trinity, Christology, ecclesiology, sacramental theology, etc.), he always had a tendency towards severity and rigorism. This tendency sadly drew him into a rigorist heretical sect called the Monanists around 210 AD. Tragically, Tertullian died around 225 A.D. separated from full communion with the bishops of the Catholic Church whose authority he earlier upheld. Nevertheless, his early writings give powerful witness to the faith that comes to us from the apostles. The writings listed below are far from complete–they are mostly intended to provide a few of the more inspirational passages from his works that can be used to enrich our prayer and give us a taste of the teaching of this influential Early Christian writer.   For more on Tertullian and other Fathers, see When the Church Was Young: Voices of the Early Fathers by Marcellino D’Ambrosio, aka Dr. Italy