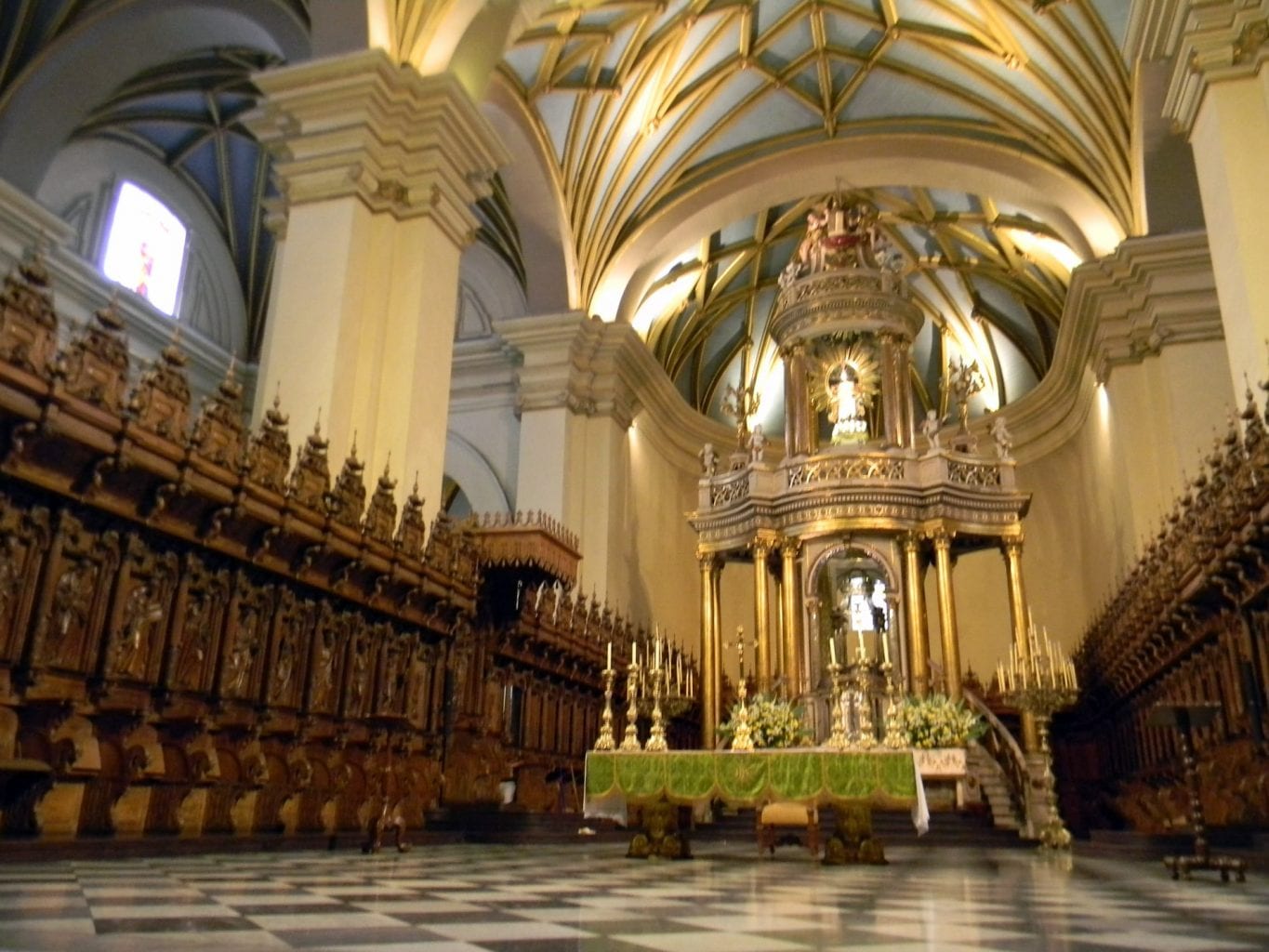 The concluding section from an address on Crisis in the Church given by Henri de Lubac, SJ, at the University of St. Louis on May, 29, 1969.  Here de Lubac emphasizes the indispensable pre-conditions of authentic renewal are personal love of Jesus Christ and commitment to Catholic unity.

T“he second fundamental condition (for true renewal according to the intent of Vatican II) is the love and concern for Catholic unity. It is closely liked with the first condition: personal love of Jesus Christ.

The shop-worn contrast which some still delight in making between the Church and the gospel of Christ is an easily exploitable  theme because it is all too evident that the Church seen in her members is never completely faithful. Sin, which is to be found everywhere, does not  spare the Church–neither sin nor all the other marks of human frailty. It is no less true, however, that is is still the Church which brings us the gospel of Christ and, still more important, more true today than ever before that the generalized criticism of the Church is linked to a movement that draws away from the gospels.

I would not be so concerned if this were something from outside the Church. But when each one takes as his mission to criticize everything, when each one sets out to rewrite dogma and morality according to his own wishes, the Church disintegrates. When the center of unity becomes the target of the most impassioned attacks, each one feeling that he has the right to criticize the successor of Peter before the whole world on any point whatsoever, the Church herself is therefore wounded. Those who take this liberty do not fully realize what they are doing. Regardless of what pretext they may invoke, however, they are turning their backs on the gospel of Christ, and they scandalize, in the fullest sense of the word, many of their brethren.

Whether they wish to or not, they encourage the formation of small groups whose sectarian pretensions are equaled only by the poverty of their spirituality. The weakening of faith is coupled with the decomposition of the Christian community. They insult all those who hold on to what their faith requires of them as Christians. Inasmuch as it depends on them, they ruin the Church. A Church in which this form of disorder exists and where such morals are accepted is doomed, for it cannot be efficacious; it will have no missionary zeal, no ecumenical force.

In conclusion I would like to refute these excesses–excesses disguised under impressive titles–with a very simple witness, the witness of an exceptionally intelligent woman who spent her life helping the poor in a hostile and atheistic milieu. Since her death in 1964, some of the notes and papers of Madeleine Delbrel have been published.  Whoever reads them will be able to recognize and learn what an authentic Christian spirituality is and be able to compare it with the refined purity of certain cerebral spiritualities in whose name ordinary Christianity–the only one familiar to the saints and to the ordinary Christians for the past twenty centuries–is criticized. This what Madeleine Delbrel wrote in 1952:

“Inasmuch as I have, for the past eighteen years, shared the life
of a people not only without my faith but with no memory whatever of
Christianity; inasmuch as I feel intimately connected to what the Church
in France brings to me both nova et vetera (old and new); and inasmuch as
I am convinced that our fidelity requires an ever more ardent missionary
zeal as well as a stronger rooting in obedience, I decided to go to Rome
in the name of all….and so that this would be an act of faith and
nothing else, I arrived in Rome in the morning, I went directly to the
tomb of St Peter….I spent the entire day there and left for Paris in
the evening.”

There is nothing grand about so simple a gesture. Yet it will do more to maintain the cohesion of the Church than so many opposite gestures which merely dig away at this very cohesion. Such a sense of the necessity of Catholic unity is prior to and subsequent to all legitimate discussion–within the limits of divine institution and without unduly forcing the Church’s hand–of the best means of governing the Church at a given time and in given circumstances…….

Speaking before this noble assembly in this great University of Saint Louis, I am conscious of not having spoken–as some of you may have expected me to do–as a learned man. Perhaps I should ask your forgiveness. I do feel, however, that I have spoken as a theologian. And is it not necessary, when the seriousness of the hour requires it, to suspend for a moment his historical studies or his personal constructions–to which he would be wrong to attach an exaggerated importance–to recall that his entire existence as a theologian and all the authority that his profession gives him are rooted in the task that he has received: the defense and the explanation of the faith of the
Church.”

For more on Catholic unity, see the UNITY section of the Crossroads Initiative Library.

For a list of books by Henri de Lubac available in English, visit the website of Ignatius Press.

Born in France in 1896, Henri de Lubac entered the Jesuit novitiate in 1913 which was at that time located in England due to a French law of 1901 suppressing religious orders. He returned to the continent to serve in the French military during World War I where he sustained an injury which caused him physical problems for the rest of his life. Returning to England after the war to study theology, de Lubac was ordained a priest in 1927and began a career teaching theology at the theological faculty of Lyons. In 1938 he wrote a small book called Catholicism which made a rather big impact. In retrospect, it can be seen as marking the beginning of an important theological movement called ressourcement theology. The theologians who participated in this important trend believed, with de Lubac, that the key to the revitalization of Christian thought and life lay in a critical appropriation of the great sources of Catholic life and thought–the liturgy, the sacred scriptures, the writings of the early Church Fathers, and the writings of other great doctors and mystics, notably St. Thomas Aquinas. This movement came to great visibility immediately after World War II and drew not only applause but serious criticism from certain neo-scholastic theologians who found this “new theology” alarming and even dangerous. Controversy caused the Jesuit superiors to relieve de Lubac of his teaching position in 1950. The absence of teaching duties led de Lubac to put all his energies into writing resulting in four volumes on the history of biblical interpretation entitled “Medieval Exegesis” as well as studies on atheism, Buddhism, ecclesiology, and the sacramental nature of Catholicism. When Pope John XXIII announced the Second Vatican Council in 1959, he appointed de Lubac a member of the Council’s preparatory commission, which lifted from the French Jesuit the cloud of suspicion that had hung over him since 1950. De Lubac later attended the Council as a peritus (1962-5) and had significant impact on several key documents including the Dogmatic Constitution on Divine Revelation and the Pastoral Constitution on the Church in the Modern World. Following Vatican II, de Lubac co-founded the journal Concilium but broke with the journal along with Hans Urs von Balthasar and Joseph Ratzinger when Concilium began to depart from its initial mission of promoting the implementation of the Council and began to assume a posture of dissent. De Lubac joined Ratzinger and von Balthasar as co-founder of a new journal, Communio, which would continue to be inspired by the ressourcement ideal of a critical re-appropriation of the Church’s rich tradition as the only authentic progress. It was not long after the election of Karol Wojtyla as Pope John Paul II (1978) that de Lubac, who came to know the new pope during the four years they were together in Rome for the Council, elevated de Lubac to the College of Cardinals (1983), a very great and rare distinction for a priest theologian. Already well into his eighties, de Lubac lived only a few more years after receiving this great honor (he died in 1991). But this recognition was granted more for our sake than for his–it tells us that in the judgment of the Pope that many now call John Paul the Great, de Lubac’s thought is a model of what Catholic theology should be–traditional, progressive, and life-giving, all at the same time.