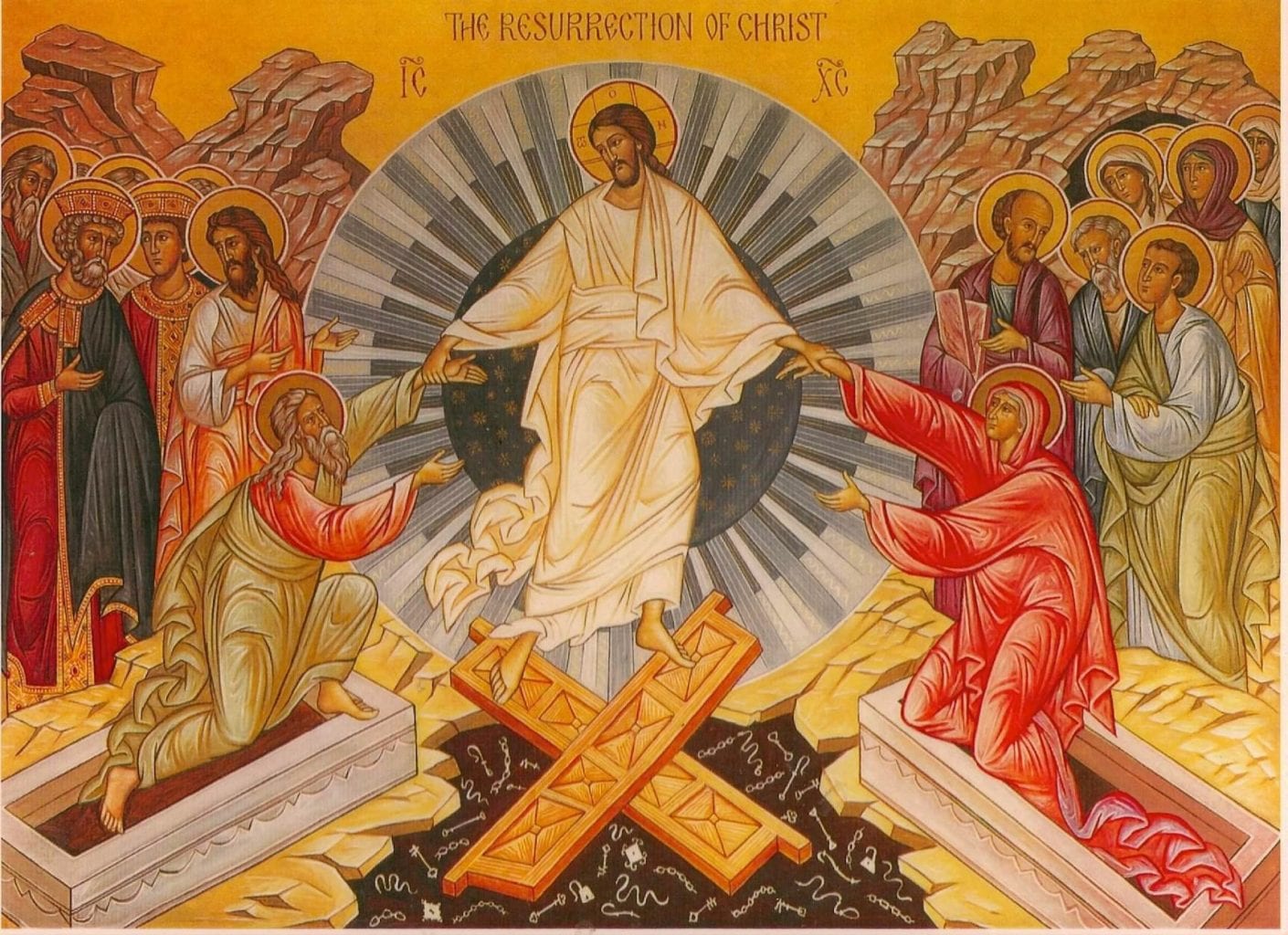 W         e should understand, beloved, that the paschal mystery is at once old and new, transitory           and eternal, corruptible and incorruptible, mortal and immortal. In terms of the Law it is old, in terms of the Word it is new. In its figure it is passing, in its grace it is eternal. It is corruptible in the sacrifice of the lamb, incorruptible in the eternal life of the Lord. It is mortal in his burial in the earth, immortal in his resurrection from the dead.

The Law indeed is old, but the Word is new. The type is transitory, but grace is eternal. The lamb was corruptible, but the Lord is incorruptible. He was slain as a lamb; he rose again as God. He was led like a sheep to the slaughter, yet he was not a sheep. He was silent as a lamb, yet he was not a lamb. The type has passed away; the reality has come. The lamb gives place to God, the sheep gives place to a man, and the man is Christ, who fills the whole of creation. The sacrifice of the lamb, the celebration of the Passover, and the prescriptions of the Law have been fulfilled in Jesus Christ. Under the old Law, and still more under the new dispensation, everything pointed toward him.

Both the Law and the Word came forth from Zion and Jerusalem, but now the Law has given place to the Word, the old to the new. The commandment has become grace, the type a reality. The lamb has become a Son, the sheep a man, and man, God.

The Lord, though he was God, became man. He suffered for the sake of those who suffer, he was bound for those in bonds, condemned for the guilty, buried for those who lie in the grave; but he rose from the dead, and cried aloud: Who will contend with me? Let him confront me. I have freed the condemned, brought the dead back to life, raised men from their graves. Who has anything to say against me? I, he said, am the Christ; I have destroyed death, triumphed over the enemy, trampled hell underfoot, bound the strong one, and taken men up to the heights of heaven: I am the Christ.

Come, then, all you nations of men, receive forgiveness for the sins that defile you. I am your forgiveness. I am the Passover that brings salvation. I am the lamb who was immolated for you. I am your ransom, your life, your resurrection, your light, I am your salvation and your king. I will bring you to the heights of heaven. With my own right hand I will raise you up, and I will show you the eternal Father.

This selection is used in the Office of Readings of the Roman Church for Monday in the Octave of Easter with the accompanying biblical reading taken from I Peter 1:1-21. It comes from a Resurrection homily from one of the greatest 2nd century Church Fathers, Melito of Sardis. Though Melito’s writings were extremely popular, this wonderful Paschal homily was lost until the 20th century.