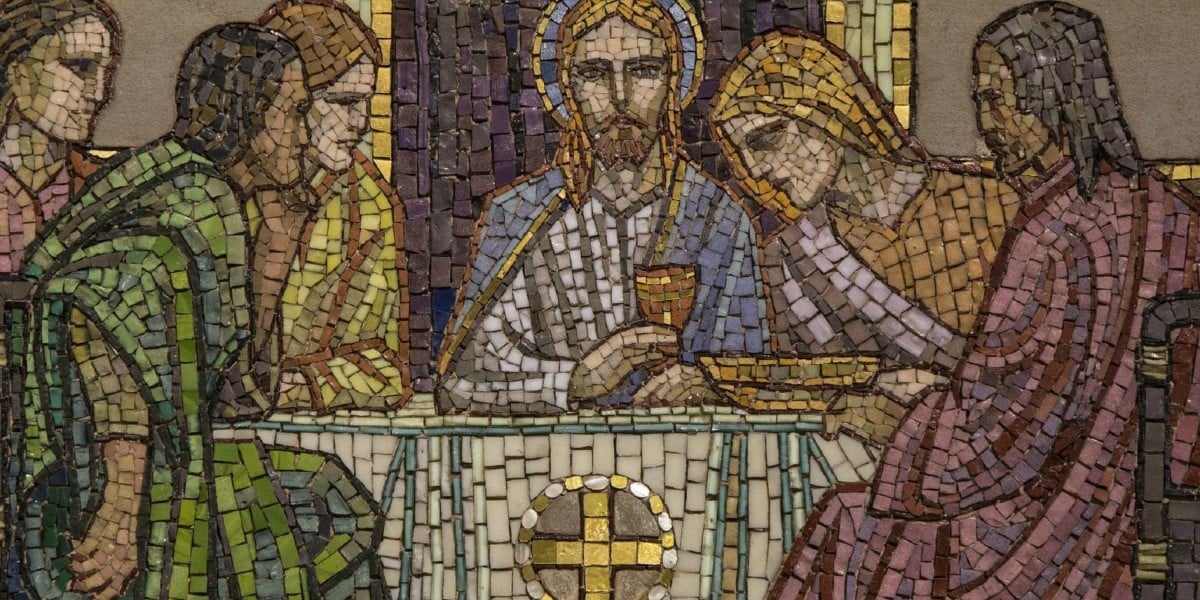 One man has died for all, and now in every church in the mystery of bread and wine he heals those for whom he is offered in sacrifice, giving life to those who believe and holiness to those who consecrate the offering. This is the flesh of the Lamb; this is his blood. The bread that came down from heaven declared: The bread that I will give is my flesh for the life of the world.

Gaudentius on Wine from the True Vine

It is significant, too, that his blood should be given to us in the form of wine, for his own words in the gospel, I am the true vine [John 15:1], imply clearly enough that whenever wine is offered as a representation of Christ’s passion, it is offered as his blood.

This means that it was of Christ that the blessed patriarch Jacob prophesied when he said: He will wash his tunic in wine and his cloak in the blood of the grape. The tunic was our flesh, which Christ was to put on like a garment and which he was to wash in his own blood.

The Lord’s Passover – Bread and Wine are Changed

Creator and Lord of all things, whatever their nature, he brought forth bread from the earth and changed it into his own body. Not only had he the power to do this, but he had promised it; and, as he had changed water into wine, he also changed wine into his own blood.

It is the Lord’s Passover, Scripture tells us, that is, the Lord’s passing. We are no longer to look upon the bread and wine as earthly substances. They have become heavenly, because Christ has passed into them and changed them into his body and blood. What you receive is the body of him who is the heavenly bread, and the blood of him who is the sacred vine; for when he offered his disciples the consecrated bread and wine, he said: This is my body, this is my blood. We have put our trust in him. I urge you to have faith in him; truth can never deceive.

Flesh and Blood, Spirit and Life

When Christ told the crowds that they must eat his flesh and drink his blood, they were horrified and began to murmur among themselves: This teaching is too hard; who can be expected to listen to it? As I have already told you, thoughts such as these must be banished. The Lord himself used heavenly fire to drive them away by going on to declare: It is the spirit that gives life; the flesh is of no avail. The words that I have spoken to you are spirit and life.

For more resources on the Eucharist, see the EUCHARIST SECTION of the Crossroads Initiative Library.

For more from Gaudentius on the Eucharist, the Lord’s Passover, read the EUCHARIST OUR SUSTENANCE by St. Gaudentius of Brescia.

This selection on the Eucharist as the Lord’s Passover is taken from St. Gaudentius of Brescia’s post-baptismal instruction on the sacraments, aka mystagogia, (Tract. 2: CSEL 68, 26, 29-30).  It appears in the Roman office of readings for Thursday of the fifth (5th) week of Easter.  The accompanying biblical reading comes from Revelation 21.

Banner/featured image of a mosaic of the Last Supper by Lawrence OP on Flickr. Some rights reserved.

St. Gaudentius was made bishop of Brescia, Italy, after returning home from a pilgrimage to the Holy Land. He was consecrated by St. Ambrose around the year AD 387, the same year that Ambrose baptized Augustine of Hippo. Twenty-one of the saint’s sermons have survived the ravages of the ages. Among the most famous and valuable are those given to the newly baptized in the week following Easter, explaining to the neophytes the meaning of the sacraments. In AD 405, Gaudentius was sent by Pope Innocent I and the Emperor Honorius to Constantinople, to defend the cause of St. John Chrysostom but the delegation was intercepted by the foes of Chrysostom who forced them to turn back and return to Italy. Gaudentius died a few years later, around AD 410, the year of the sack of Rome by Alaric the Visigoth. He is accounted one of the Latin fathers of the Church. Biography by Dr. Italy