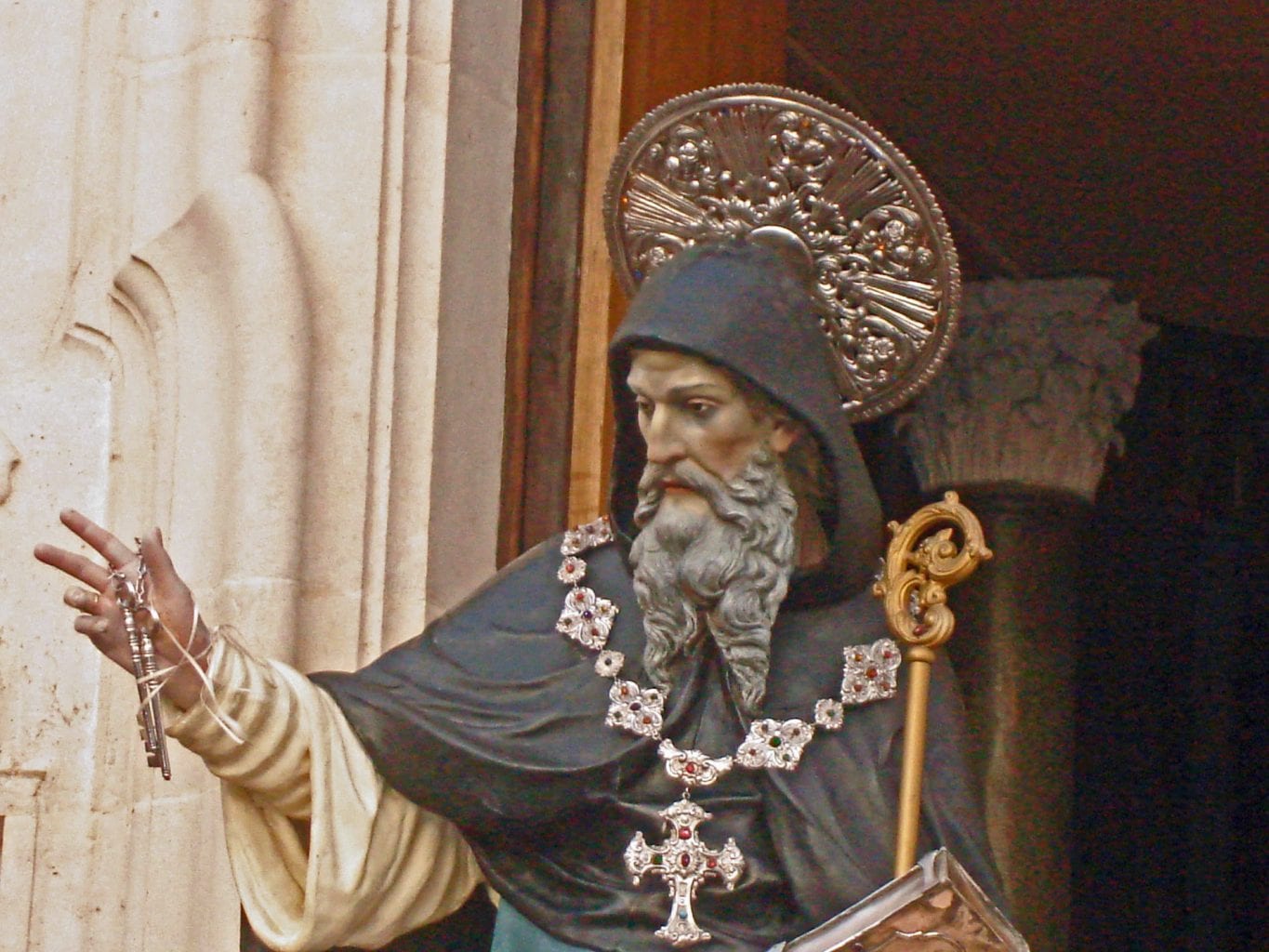 Dorotheus, a sixth century abbot, here speaks here of a shallow sort of happiness and peace that disappears when hardship comes or offense is given. The true “peace that passes understanding” cannot easily be disturbed by adversity or robbed by those giving offense.

The man who finds fault with himself accepts all things cheerfully – misfortune, loss, disgrace, dishonor and any other kind of adversity. He believes that he is deserving of all these things and nothing can disturb him. No one could be more at peace than this man.

But perhaps you will offer me this objection: “Suppose my brother injures me, and on examining myself I find that I have not given him any cause. Why should I blame myself?”

Certainly if someone examines himself carefully and with fear of God, he will never find himself completely innocent. He will see that he has given some provocation by an action, a word or by his manner. If he does find that he is not guilty in any of these ways, certainly he must have injured that brother somehow at some other time. Or perhaps he has been a source of annoyance to some other brother. For this reason he deserves to endure the injury because of many other sins that he has committed on other occasions.

Someone else asks why he should accuse himself when he was sitting peacefully and quietly when a brother came upon him with an unkind or insulting word. He cannot tolerate it, and so he thinks that his anger is justified. If that brother had not approached him and said those words and upset him, he never would have sinned.

This kind of thinking is surely ridiculous and has no rational basis. For the fact that he has said anything at all in this situation breaks the cover on the passionate anger within him, which is all the more exposed by his excessive anxiety. If he wished, he would do penance. He has become like a clean, shiny grain of wheat that, when broken, is full of dirt inside.

The man who thinks that he is quiet and peaceful has within him a passion that he does not see. A brother comes up, utters some unkind word and immediately all the venom and mire that lie hidden within him are spewed out. If he wishes mercy, he must do penance, purify himself and strive to become perfect. He will see that he should have returned thanks to his brother instead of returning the injury, because his brother has proven to be an occasion of profit to him. It will not be long before he will no longer be bothered by these temptations. The more perfect he grows, the less these temptations will affect him. For the more the soul advances, the stronger and more powerful it becomes in bearing the difficulties that it meets.

This excerpt from the teachings of the sixth century Palestinian abbot, St. Dorotheus (Doct. 13, De accusatione sui ipsius, 2-3: PG 88, 1699) is used in the Roman Office of Readings for Tuesday of the ninth (9th) week in ordinary time as a reflection on Job 31:1-37.  St. Dorotheus, after years as a monk in Palestine, founded a monastery of his own near Gaza. His teaching gives an exceptionally high place to humility, maintaining that it was the cement of all the other virtues and even in some ways putting it above love.

Dorotheus was a sixth century monk who became abbott of a monastery near Gaza.  Reminiscent of his contemporary, the abbot Benedict of Nursia, Dorotheus was most concerned to help the monks under his charge live our their vocation to holiness through the monastic lifestyle of prayer, work, penance, and brotherly love.  Quite a few of his writings survive, and they are most notable for their strong emphasis on the centrality of humility in the Christian and monastic life.  Dorotheus is considered both a saint and a father of the Church by both Catholic and Eastern Orthodox Christians.