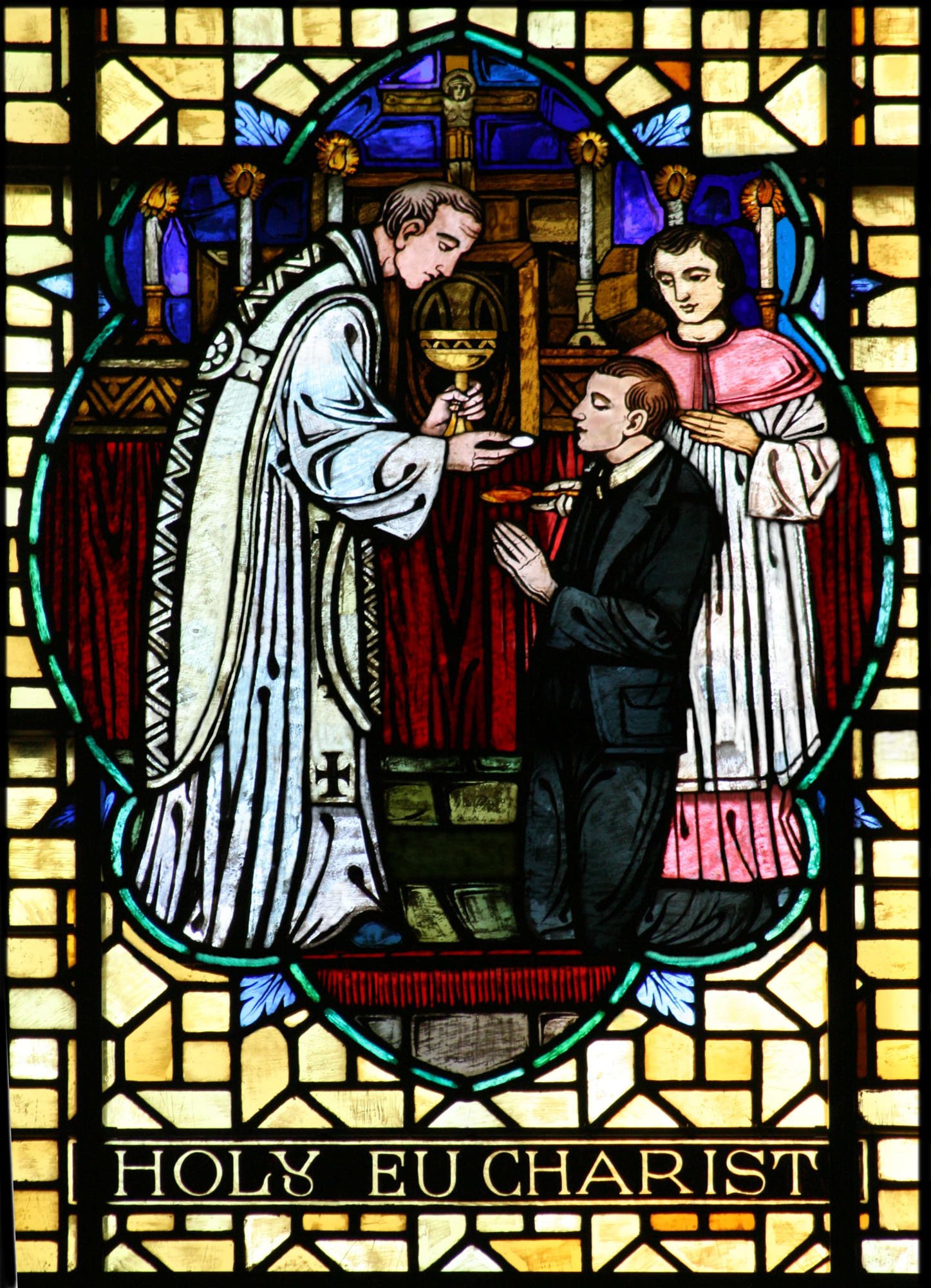 Familiaris Consortio on Communion for the Divorced and Remarried

John Paul II’s Apostolic Exhortation Familiaris Consortio dealt with many topics relating to the state of the family in the modern world.  Here are a few salient excerpts on the issue of Communion for the Divorced and Remarried.

In 1980, there was a meeting of the Synod of Bishops on the Family, and Pope John Paul II subsequently issued the Apostolic Exhortation Familiaris Consortio. Paragraphs 83 treats of the situation of the divorced who have not remarried. Paragraph 84 comments on the situation of the divorced and remarried and under what conditions they may be invited to the reception of communion. The Synod of Bishops 2015 on the Family, in its final Relatio or Summary, referred back to Familiaris Consortio paragraph 84. It should be noted that the role of conscience in this regard is treated in a subsequent document from the Congregation of the Doctrine of the Faith, signed by Cardinal Ratzinger and Pope John Paul II which can be read here.

d) Separated or Divorced Persons Who Have Not Remarried

83. Various reasons can unfortunately lead to the often irreparable breakdown of valid marriages. These include mutual lack of understanding and the inability to enter into interpersonal relationships. Obviously, separation must be considered as a last resort, after all other reasonable attempts at reconciliation have proved vain.

Loneliness and other difficulties are often the lot of separated spouses, especially when they are the innocent parties. The ecclesial community must support such people more than ever. It must give them much respect, solidarity, understanding and practical help, so that they can preserve their fidelity even in their difficult situation; and it must help them to cultivate the need to forgive which is inherent in Christian love, and to be ready perhaps to return to their former married life.

The situation is similar for people who have undergone divorce, but, being well aware that the valid marriage bond is indissoluble, refrain from becoming involved in a new union and devote themselves solely to carrying out their family duties and the responsibilities of Christian life. In such cases their example of fidelity and Christian consistency takes on particular value as a witness before the world and the Church. Here it is even more necessary for the Church to offer continual love and assistance, without there being any obstacle to admission to the sacraments.

e) Divorced Persons Who Have Remarried

84. Daily experience unfortunately shows that people who have obtained a divorce usually intend to enter into a new union, obviously not with a Catholic religious ceremony. Since this is an evil that, like the others, is affecting more and more Catholics as well, the problem must be faced with resolution and without delay. The Synod Fathers studied it expressly. The Church, which was set up to lead to salvation all people and especially the baptized, cannot abandon to their own devices those who have been previously bound by sacramental marriage and who have attempted a second marriage. The Church will therefore make untiring efforts to put at their disposal her means of salvation.

Pastors must know that, for the sake of truth, they are obliged to exercise careful discernment of situations. There is in fact a difference between those who have sincerely tried to save their first marriage and have been unjustly abandoned, and those who through their own grave fault have destroyed a canonically valid marriage. Finally, there are those who have entered into a second union for the sake of the children’s upbringing, and who are sometimes subjectively certain in conscience that their previous and irreparably destroyed marriage had never been valid.

Together with the Synod, I earnestly call upon pastors and the whole community of the faithful to help the divorced, and with solicitous care to make sure that they do not consider themselves as separated from the Church, for as baptized persons they can, and indeed must, share in her life. They should be encouraged to listen to the word of God, to attend the Sacrifice of the Mass, to persevere in prayer, to contribute to works of charity and to community efforts in favor of justice, to bring up their children in the Christian faith, to cultivate the spirit and practice of penance and thus implore, day by day, God’s grace. Let the Church pray for them, encourage them and show herself a merciful mother, and thus sustain them in faith and hope.

However, the Church reaffirms her practice, which is based upon Sacred Scripture, of not admitting to Eucharistic Communion divorced persons who have remarried. They are unable to be admitted thereto from the fact that their state and condition of life objectively contradict that union of love between Christ and the Church which is signified and effected by the Eucharist. Besides this, there is another special pastoral reason: if these people were admitted to the Eucharist, the faithful would be led into error and confusion regarding the Church’s teaching about the indissolubility of marriage.

Reconciliation in the sacrament of Penance which would open the way to the Eucharist, can only be granted to those who, repenting of having broken the sign of the Covenant and of fidelity to Christ, are sincerely ready to undertake a way of life that is no longer in contradiction to the indissolubility of marriage. This means, in practice, that when, for serious reasons, such as for example the children’s upbringing, a man and a woman cannot satisfy the obligation to separate, they “take on themselves the duty to live in complete continence, that is, by abstinence from the acts proper to married couples.”(180)

Similarly, the respect due to the sacrament of Matrimony, to the couples themselves and their families, and also to the community of the faithful, forbids any pastor, for whatever reason or pretext even of a pastoral nature, to perform ceremonies of any kind for divorced people who remarry. Such ceremonies would give the impression of the celebration of a new sacramentally valid marriage, and would thus lead people into error concerning the indissolubility of a validly contracted marriage.

By acting in this way, the Church professes her own fidelity to Christ and to His truth. At the same time she shows motherly concern for these children of hers, especially those who, through no fault of their own, have been abandoned by their legitimate partner.

With firm confidence she believes that those who have rejected the Lord’s command and are still living in this state will be able to obtain from God the grace of conversion and salvation, provided that they have persevered in prayer, penance and charity.