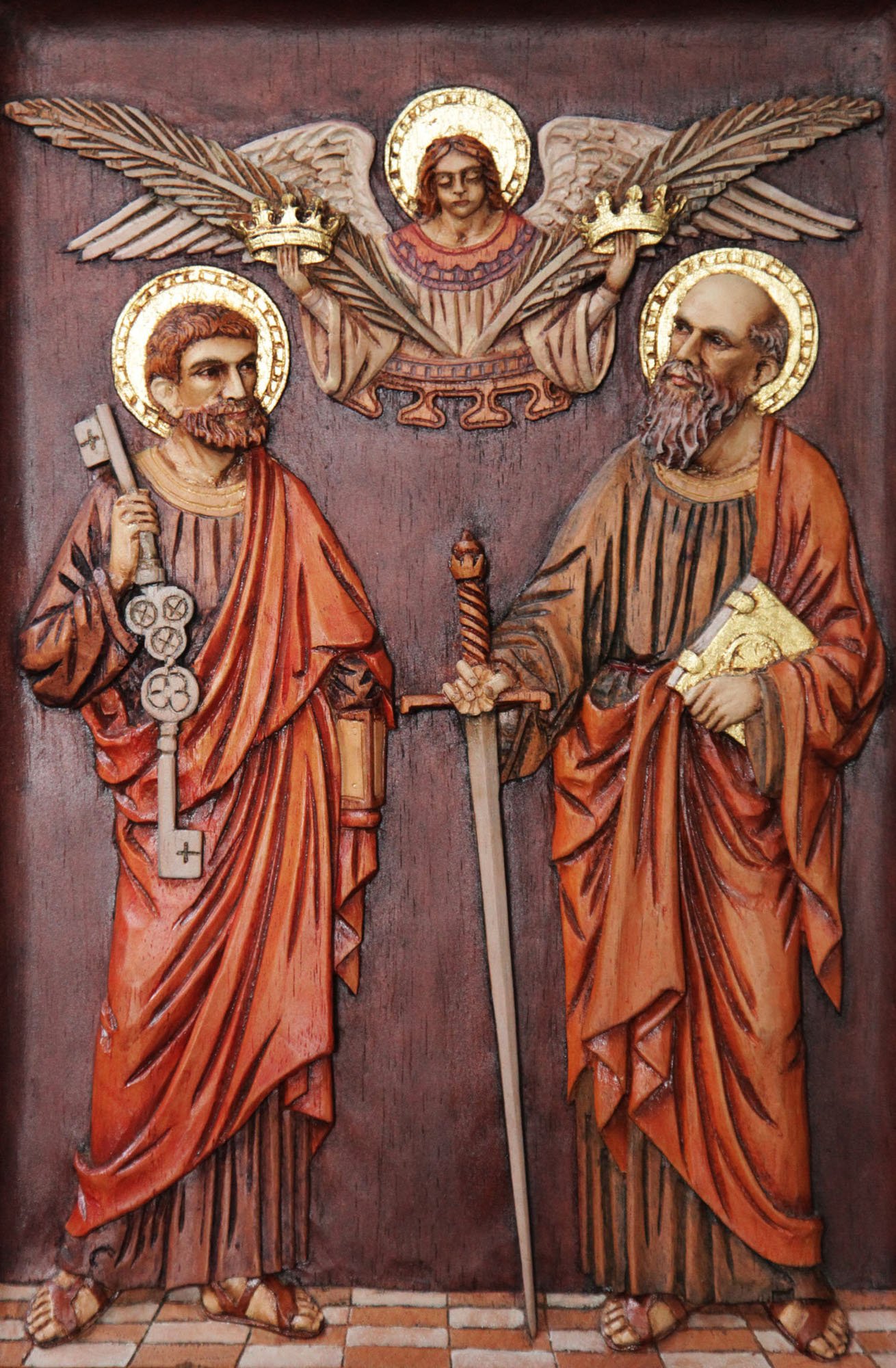 But not to dwell upon ancient examples, let us come to the most recent spiritual heroes. Let us take the noble examples furnished in our own generation. Through envy and jealousy, the greatest and most righteous pillars [of the Church] have been persecuted and put to death. Let us set before our eyes the illustrious apostles. Peter, through unrighteous envy, endured not one or two, but numerous labors and when he had at length suffered martyrdom, departed to the place of glory due to him. Owing to envy, Paul also obtained the reward of patient endurance, after being seven times thrown into captivity, compelled to flee, and stoned. After preaching both in the east and west, he gained the illustrious reputation due to his faith, having taught righteousness to the whole world, and come to the extreme limit of the west, and suffered martyrdom under the prefects. Thus was he removed from the world, and went into the holy place, having proved himself a striking example of patience.

To these men who spent their lives in the practice of holiness, there is to be added a great multitude of the elect, who, having through envy endured many indignities and tortures, furnished. us with a most excellent example. Through envy, those women, the Danaids and Dircae, being persecuted, after they had suffered terrible and unspeakable torments, finished the course of their faith with stedfastness, and though weak in body, received a noble reward. Envy has alienated wives from their husbands, and changed that saying of our father Adam, “This is now bone of my bones, and flesh of my flesh.” Envy and strife have overthrown great cities and rooted up mighty nations.

These things, beloved, we write unto you, not merely to admonish you of your duty, but also to remind ourselves. For we are struggling on the same arena, and the same conflict is assigned to both of us. Wherefore let us give up vain and fruitless cares, and approach to the glorious and venerable rule of our holy calling. Let us attend to what is good, pleasing, and acceptable in the sight of Him who formed us. Let us look steadfastly to the blood of Christ, and see how precious that blood is to God, which, having been shed for our salvation, has set the grace of repentance before the whole world.

In the first great persecution of the Church, begun by the Roman Emperor Nero after the burning of Rome in 64AD, many Christians, including Peter and Paul, were tortured and killed. the pagan writer Tacitus testifies to these evernt in his Annales (15, 44) as does Clement, bishop of Rome, in his letter to the Corinthians (chapters 5-7). This excerpt from the Letter of Clement, written around 95 AD, is important historical evidence of the martyrdom of Peter and Paul in Rome after Paul’s journey to Spain. It is used in the Roman Office of Readings for the liturgical memorial of the First Martyrs of the Church of Rome on June 30.

St. Clement was the bishop of Rome and third in succession from St. Peter. Around the year 95 AD, a letter was written by the Church of Rome to the Church at Corinth that is attributed to Saint Clement. This document is the earliest Christian writing besides the New Testament documents. In fact, the Gospel of John is likely written around the same time as this document. This “first letter of Clement” (a second letter was falsely attributed to him) was copied by the Corinthian Church and circulated all over the empire, rendering the very first papal “encyclical.” It was so highly regarded by the universal church that for several centuries the Church in Egypt and elsewhere regarded it as one of the New Testament scriptures. The Church of St. Clement is one of the most fascinating places in Rome. Excavations revealed that the medieval Church, built in the 12th century, actually was built on top of a 4th century Church which was in turn built over a house church going back to the first century. It is very possible that this was the house of St. Clement himself.