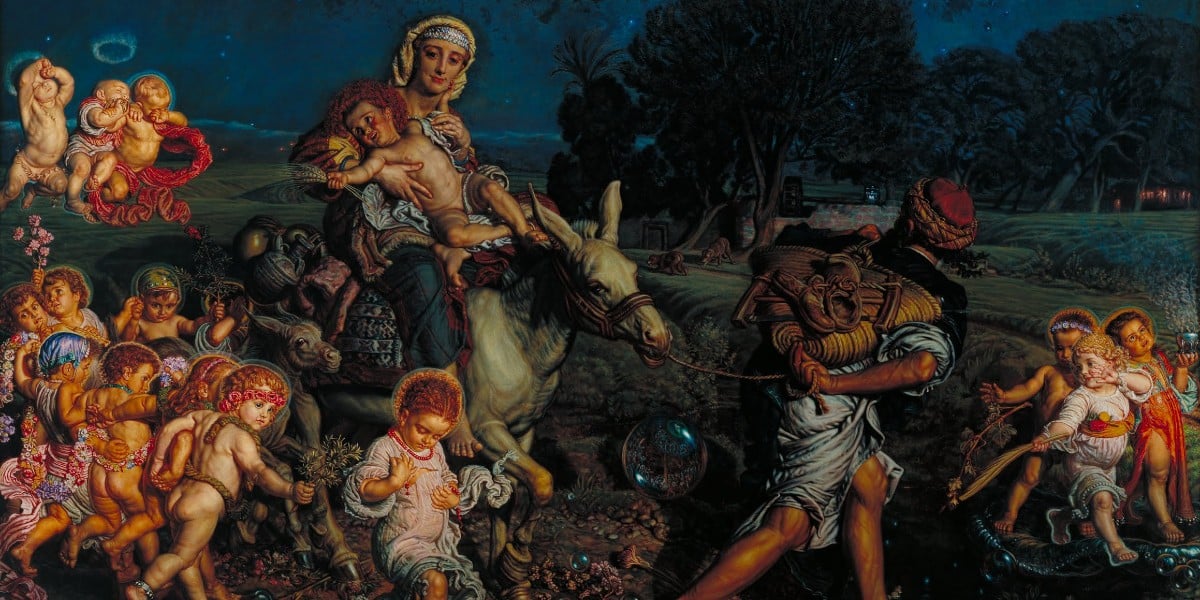 Quodvultdeus on the story recounted in Matthew’s gospel of innumerable babies in Bethlehem by Herod’s soldiers in an attempt to kill Jesus, the newborn king.  These children are considered martyrs and are remembered on the Feast of the Holy Innocents, December 28, the 4th of the 12 days of Christmas.

A tiny child is born, who is a great king. Wise men are led to him from afar. They come to adore one who lies in a manger and yet reigns in heaven and on earth. When they tell of one who is born a king, Herod is disturbed. To save his kingdom he resolves to kill him, though if he would have faith in the child, he himself would reign in peace in this life and for ever in the life to come.

Why are you afraid, Herod, when you hear of the birth of a king? He does not come to drive you out, but to conquer the devil. But because you do not understand this you are disturbed and in a rage, and to destroy one child whom you seek, you show your cruelty in the death of so many children.

You are not restrained by the love of weeping mothers or fathers mourning the deaths of their sons, nor by the cries and sobs of the children. You destroy those who are tiny in body because fear is destroying your heart. You imagine that if you accomplish your desire you can prolong your own life, though you are seeking to kill Life himself.

Yet your throne is threatened by the source of grace, so small, yet so great, who is lying in the manger. He is using you, all unaware of it, to work out his own purposes freeing souls from captivity to the devil. He has taken up the sons of the enemy into the ranks of God’s adopted children.

The children die for Christ, though they do not know it. The parents mourn for the death of martyrs. The child makes of those as yet unable to speak fit witnesses to himself. See the kind of kingdom that is his, coming as he did in order to be this kind of king. See how the deliverer is already working deliverance, the savior already working salvation.

But you, Herod, do not know this and are disturbed and furious. While you vent your fury against the child, you are already paying him homage, and do not know it.

How great a gift of grace is here! To what merits of their own do the children owe this kind of victory? They cannot speak, yet they bear witness to Christ. They cannot use their limbs to engage in battle, yet already they bear off the palm of victory.

This excerpt is from a sermon from the Early Church Father St. Quodvultdeus (Sermo 2 de Symbolo: PL 40, 655).  It reflects on the story of Herod’s massacre of  the Holy Innocents.  It appears in the Roman Office of Readings for the Feast of the Holy Innocents on December 28, the 4th of the 12 days of Christmas.

Banner/featured image The Triumph of the Innocents by William Holman Hunt. Public domain.

St. Quodvultdeus was a student, friend and correspondent of St. Augustine of Hippo. He was first deacon, then bishop of Carthage, but was sent into exile when North Africa was overrun by the Arian armies of the Vandal barbarians. He spent the last years of his life in Naples where he died around 450 AD. Biography by Dr. Italy