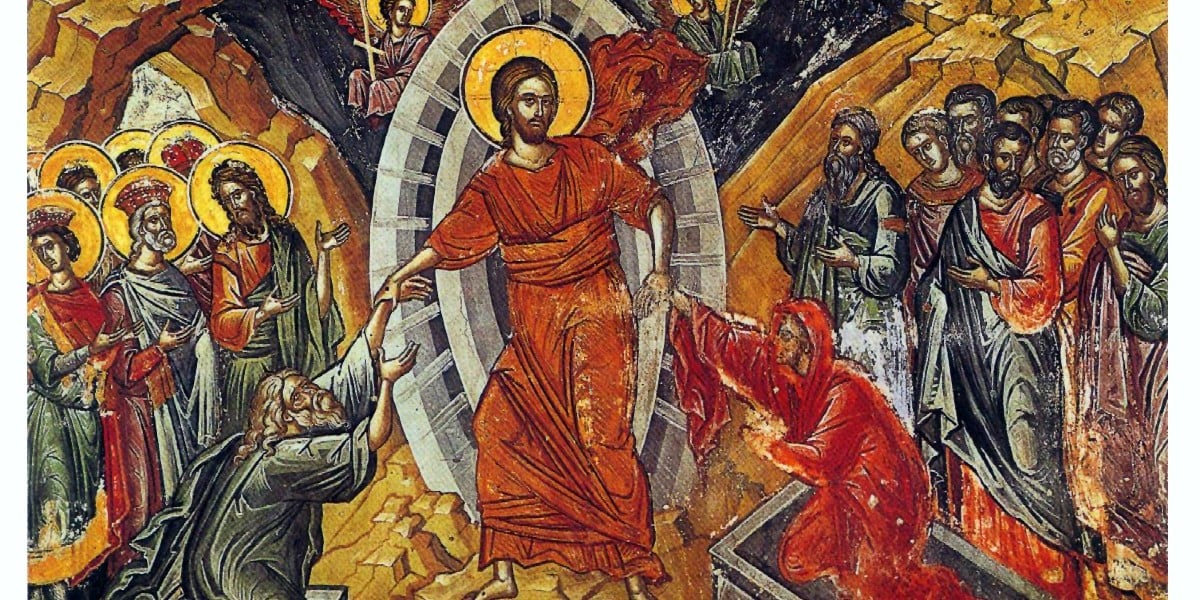 Holy Saturday: He Descended into Hell

The Creed proclaims “He descended into Hell.”  This homily for Holy Saturday from the 4th Century treats of the “harrowing of hell” and the rescue of Adam and Eve.  This was a popular theme in early and medieval Christian poetry, liturgy and song. Note the parallels between Adam and Eve’s sin, which lost paradise for us, and the passion of Christ, which won for us not simply an earthly paradise, but eternal life.

He Descended into Hell – Rescue of Adam & Eve

He has gone to search for our first parent, as for a lost sheep. Greatly desiring to visit those who live in darkness and in the shadow of death, he has gone to free from sorrow the captives Adam and Eve, he who is both God and the son of Eve.

The Lord approached them bearing the cross, the weapon that had won him the victory. At the sight of him Adam, the first man he had created, struck his breast in terror and cried out to everyone: “My Lord be with you all”. Christ answered him: “And with your spirit”. He took him by the hand and raised him up, saying: “Awake, O sleeper, and rise from the dead, and Christ will give you light”.

I am your God, who for your sake have become your son. Out of love for you and for your descendants I now by my own authority command all who are held in bondage to come forth, all who are in darkness to be enlightened, all who are sleeping to arise. I order you, O sleeper, to awake. I did not create you to be held a prisoner in hell.

Rise from the dead, for I am the life of the dead. Rise up, work of my hands, you who were created in my image. Rise, let us leave this place, for you are in me and I am in you; together we form only one person and we cannot be separated. For your sake I, your God, became your son; I, the Lord, took the form of a slave; I, whose home is above the heavens, descended to the earth and beneath the earth. For your sake, for the sake of man, I became like a man without help, free among the dead. For the sake of you, who left a garden, I was betrayed to the Jews in a garden, and I was crucified in a garden.

See on my face the spittle I received in order to restore to you the life I once breathed into you. See there the marks of the blows I received in order to refashion your warped nature in my image. On my back see the marks of the scourging I endured to remove the burden of sin that weighs upon your back. See my hands, nailed firmly to a tree, for you who once wickedly stretched out your hand to a tree. 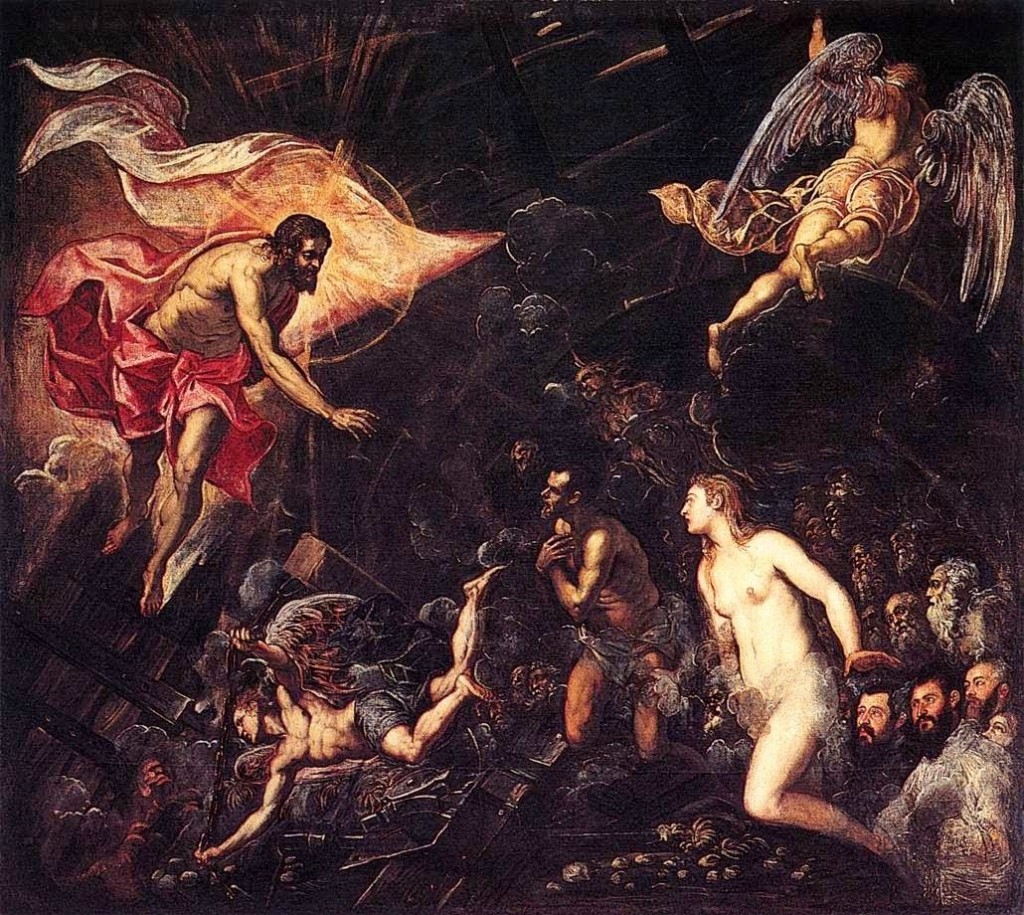 I slept on the cross and a sword pierced my side for you who slept in paradise and brought forth Eve from your side. My side has healed the pain in yours. My sleep will rouse you from your sleep in hell. The sword that pierced me has sheathed the sword that was turned against you.

From Hell to Paradise

Rise, let us leave this place. The enemy led you out of the earthly paradise. I will not restore you to that paradise, but I will enthrone you in heaven. I forbade you the tree that was only a symbol of life, but see, I who am life itself am now one with you. I appointed cherubim to guard you as slaves are guarded, but now I make them worship you as God.

The throne formed by cherubim awaits you, its bearers swift and eager. The bridal chamber is adorned, the banquet is ready, the eternal dwelling places are prepared, the treasure houses of all good things lie open. The kingdom of heaven has been prepared for you from all eternity.

Our shepherd, the source of the water of life, has died.
The sun was darkened when he passed away.
But now man’s captor is made captive.
— This is the day when our Savior broke through the gates of death.

He has destroyed the barricades of hell,
overthrown the sovereignty of the devil.
— This is the day when our Savior broke through the gates of death

All-powerful and ever-living God, your only Son went down among the dead
and rose again in glory. In your goodness raise up your faithful people, buried with him in baptism, to be one with him in the eternal life of heaven, where he lives and reigns with you and the Holy Spirit, one God, forever and ever.

To hear this selection read with moving music and video footage, watch this VIDEO ON CHRIST’S DESCENT INTO HELL.

This Holy Saturday reading focuses on the descent of the Lord Jesus into Hell, the harrowing of hell and the rescue of Adam and Eve.   The reading “He descended into Hell” appears in the Roman Church’s Office of Readings for Holy Saturday.  The accompanying biblical reading is from Hebrews 4:1-13. While it appears that “He descended into Hell” comes from a Holy Saturday homily written in Greek dating back to the fourth century liturgy (PG 43, 439, 462f), the author of this text on the Harrowing of Hell is unknown.