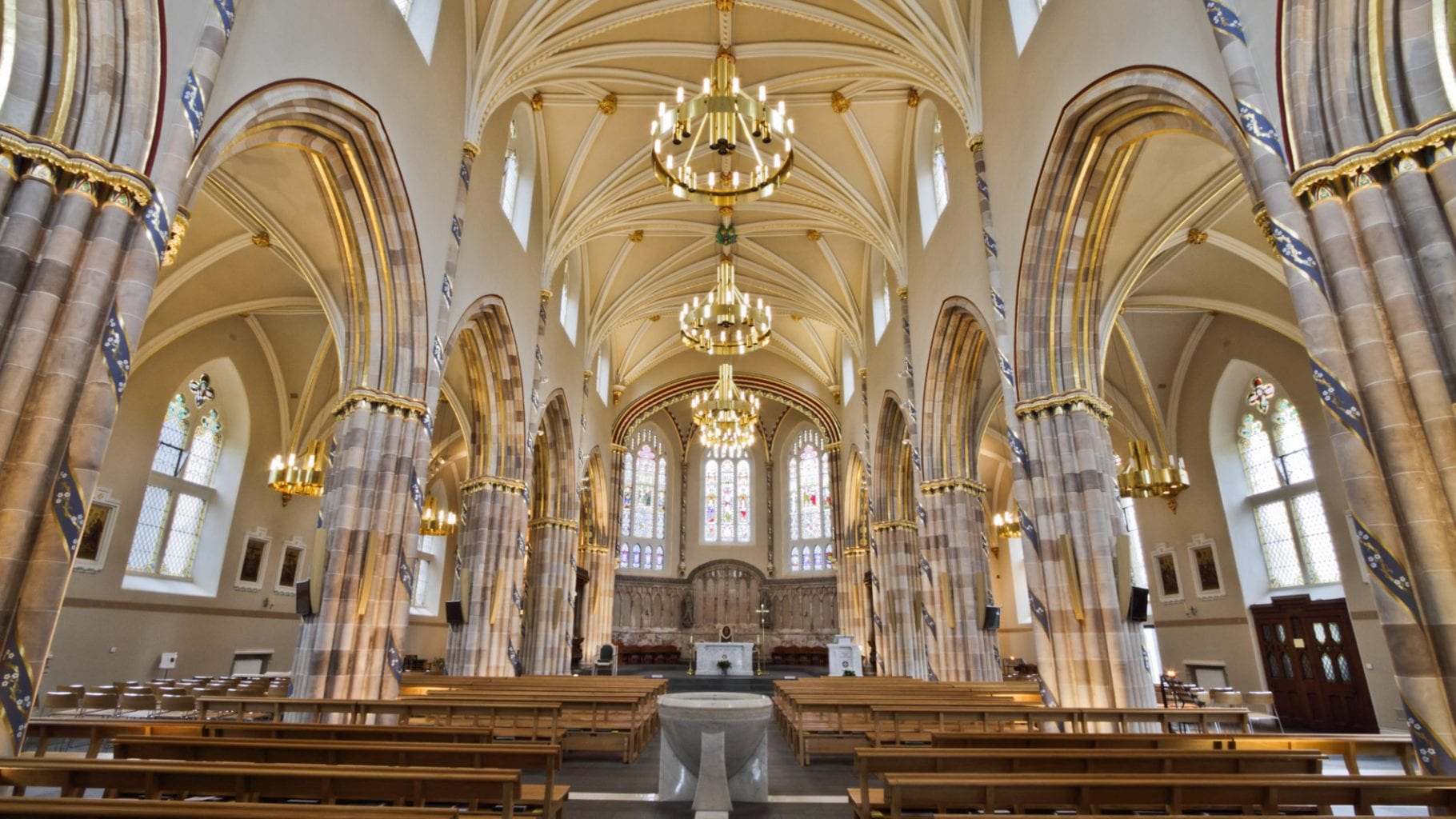 Homily on the Church in the Modern World-Joseph Cardinal Ratzinger

My Brothers and Sisters in Christ,
In our Gospel today, we sense the increasing tension between Christ and his opponents, a tension which is progressing, almost inevitably, to the events which lie at the centre of our faith: the great Mysteries of the Lord’s passion, death and Resurrection, which are now almost upon us.

In the Gospel, Jesus is confronted by his opponents; they are seeking to put him to death in spite of the good works which he has done – works of mercy, compassion and love. They answer him: “We are not stoning you for a good work, but for blasphemy. You, a man, are making yourself God” (Jn 10: 23).

His adversaries are enraged, not because Christ has healed the blind, but because he has said that these works of mercy point to his unique relationship to the Father: “The Father is in me and I am in the Father” (Jn 10: 38).

Jesus is continually inviting his hearers to believe this truth of his identity, and to become, in him, capable of worshipping the Father “in spirit and truth” (cf. Jn 4: 23). But they reject the significance of what they have seen and heard; they remain on the level of human judging and human justice, and they invoke the law that requires that blasphemy be punished by stoning. The stones in their hands reflect the hardness and the limitations of merely human judgment.

It is a joy for me to celebrate this Mass for you as part of your conference on the “Call to Justice”, the legacy of the Pastoral Constitution Gaudium et Spes, 40 years after its promulgation. In a certain sense, our Gospel today, which brings us to the very threshold of Holy Week, is providentially structured as a meditation on the problem which Gaudium et Spes sought to address: that is, the significance of the Christian contribution to the improvement of human welfare, through works of mercy and justice, within the overall mission of the Church.

The fact that your conference has chosen the theme of “The call to justice” is very appropriate.
Classical theology, as we know, understands the virtue of justice as composed of two elements which for Christians cannot be separated; justice is the firm will to render to God what is owed to God, and to our neighbour what is owed to him; indeed, justice toward God is what we call the “virtue of religion”; justice toward other human beings is the fundamental attitude that respects the other as a person created by God.

It is certainly true that today, when the Church commits herself to works of justice on a human level (and there are few institutions in the world which accomplish what the Catholic Church accomplishes for the poor and disadvantaged), the world praises the Church.

But when the Church’s work for justice touches on issues and problems which the world no longer sees as bound up with human dignity, like protecting the right to life of every human being from conception to natural death, or when the Church confesses that justice also includes our responsibilities toward God himself, then the world not infrequently reaches for the stones mentioned in our Gospel today.

As Christians we must constantly be reminded that the call of justice is not something which can be reduced to the categories of this world. And this is the beauty of the Pastoral Constitution Gaudium et Spes,evident in the very structure of the Council’s text; only when we Christians grasp our vocation, as having been created in the image of God and believing that “the form of this world is passing away… [and] that God is preparing a new dwelling and a new earth, in which justice dwells” (Gaudium et Spes n. 39), can we address the urgent social problems of our time from a truly Christian perspective.

“Far from diminishing our concern to develop this earth, the expectation of a new earth should spur us on, for it is here that the body of a new human family grows, prefiguring in some way the world that is to come” (ibid., n. 39).

And so, to be workers of this true justice, we must be workers who are being made just by contact with him who is justice itself: Jesus of Nazareth. The place of this encounter is the Church, nowhere more powerfully present than in her sacraments and liturgy. The celebration of the Holy Triduum, which we will enter into next week, is the triumph of God’s justice over human judgments.

In the mystery of Good Friday, God is judged by man and condemned by human justice.

In the Easter Vigil, the light of God’s justice banishes the darkness of sin and death; the stone at the tomb (made of the same material as the stones in the hands of those who, in today’s Gospel, seek to kill Christ) is pushed away for ever, and human life is given a future which, in going beyond the categories of this world, reveals the true meaning and the true value of earthly realities.

And we who have been baptized, as children of a world which is still to come, in the liturgy of the Easter Vigil, catch a glimpse of that world and breathe the atmosphere of that world, where God’s justice will dwell for ever.

And then, renewed and transformed by the Mysteries we celebrate, we can walk in this world justly, living – as the Preface for Lent says so beautifully – “in this passing world with our heart set on the world that will never end” (Preface for Lent II).