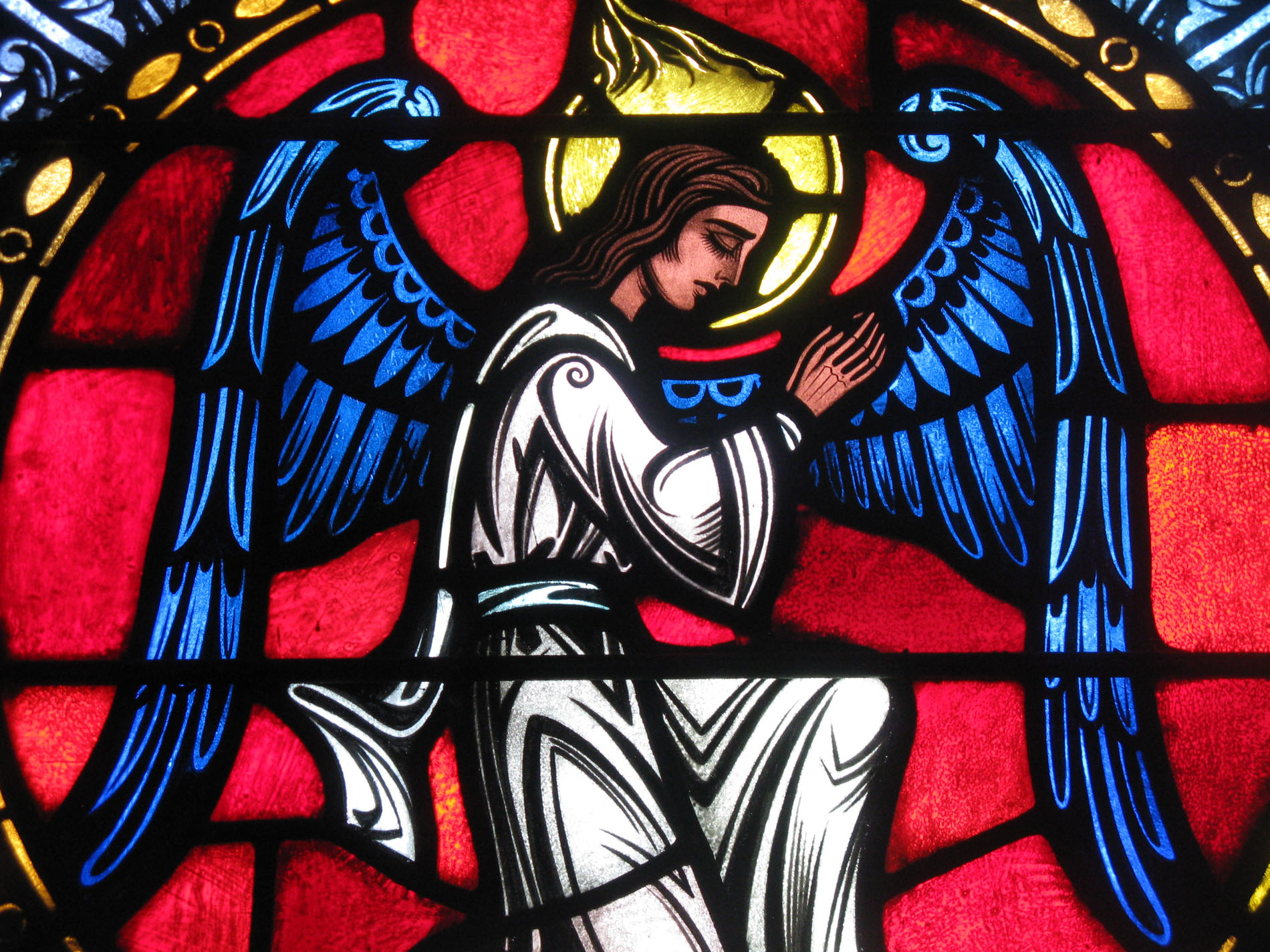 Diadochus of Photice, an early Church Father, discusses the link between humility and love of God.  To be humble is not so much to look down on yourself as to look away from yourself and focus on the beauty and glory of the Lord.

Anyone alive to the love of God can be recognized from the way he constantly strives to glorify him by fulfilling all his commandments and by delighting in his own submission. It is fitting that God should receive glory, because of his great majesty; but it is fitting for us as human beings to submit ourselves to God and thereby become his friends. Then we too will rejoice in his glory as Saint John the Baptist did, and we shall never stop repeating: His fame must increase, but mine must diminish.

I knew someone who was sad that he could not love God as he would wanted, but who nevertheless loved God so much that his soul was always in the grip of desire for God, for God’s glory to manifest itself in him, for himself to be as nothing in comparison.

Such a person cannot be touched by verbal praise or convinced of his being, since his overwhelming humility means that he simply does not think about his own dignity or status. He celebrates the liturgy as, according to the law, priests should; but his love of God blinds him to all awareness of his own dignity. He buries any glory that might come his way in the depth of his love of God, so that he never sees himself as anything more than a useless servant: he is estranged, as it were, from a sense of his own dignity by his desire for lowliness. This is the sort of thing we ought to do, to flee from any honor or glory that is offered us, for the sake of the immense riches of our love of God who has so loved us.

Anyone who loves God in the depths of his heart has already been loved by God. In fact, the measure of a man’s love for God depends upon how deeply aware he is of God’s love for him. When this awareness is keen it makes whoever possesses it long to be enlightened by the divine light, and this longing is so intense that it seems to penetrate his very bones. He loses all consciousness of himself and is entirely transformed by the love of God.

Such a man lives in this life and at the same time does not live in it, for although he still inhabits his body, he is constantly leaving it in spirit because of the love that draws him toward God. Once the love of God has released him from self-love, the flame of divine love never ceases to burn in his heart and he remains united to God by an irresistible longing. As St Paul says: If we are taken out of ourselves it is for the love of God; if we are brought back to our senses it is for your sake.

This post on humility and the love of God is an excerpt from Diadochus of Photice’s Treatise on Spiritual Perfection is used in the Roman Church’s office of readings for Friday of the Second (2nd) week in Ordinary Time with the accompanying biblical reading taken from Deuteronomy 10:12 to 11:28.

Diadochus of Photice (sometimes spelled Diadochos of Photiki) was born around AD 400 and became the Bishop of Photiki, a town in the northwestern part of what is now Greece. As bishop of that town, he participated in the great Ecumenical Council of Chalcedon in AD 451 which clarified how the human and divine natures of the savior are unified in the person of Jesus Christ. Diadochus is best remembered for his writings on the spiritual life and the pursuit of holiness, some of which are included in the famous collection known as the Philocalia. He died in the latter part of the fifth century, sometime before AD 486.