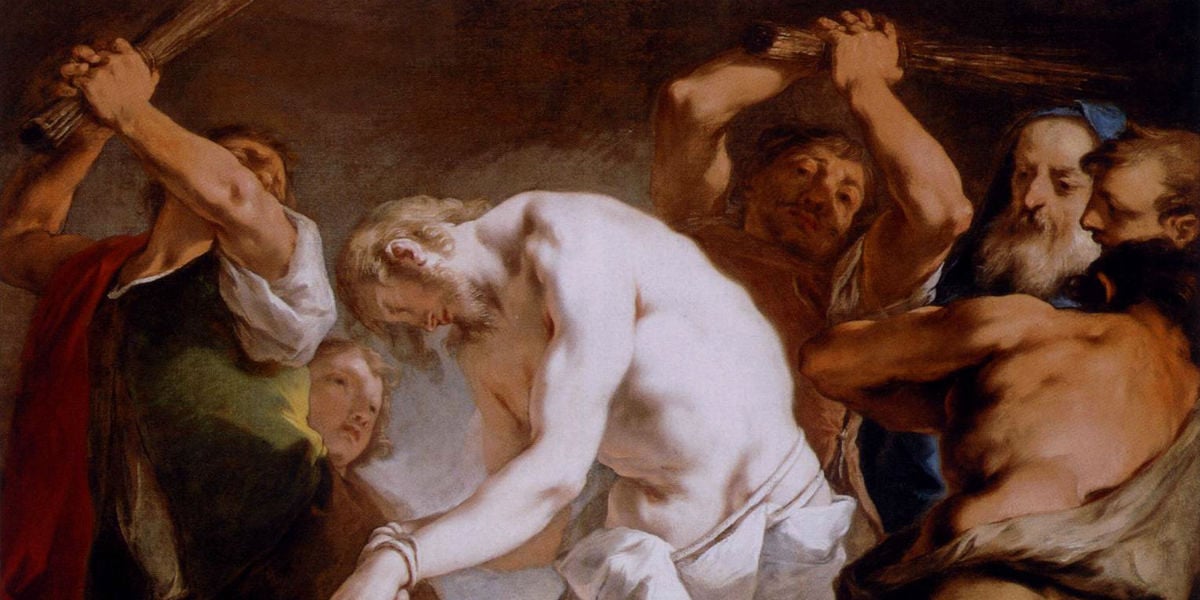 This article explains what humility is and why is so central to Christian life in the light of the conversation between Jesus and the sons of Zebedee, James & John as recorded in the Gospel of Mark.

Lots of people think that humility means being down on yourself. Shrinking from a challenge.  Being shy, retiring, soft-spoken.

In the Catholic tradition, it means nothing of the sort.  We believe that man and woman are destined for greatness.  Being created in the image of God means that we have incomparable dignity.  Even the ancient philosophers, without the benefit of revelation, knew that we human beings have an irrepressible desire to accomplish great deeds and “become someone.”  Thomas Aquinas and the entire Catholic tradition agree that the desire for excellence and achievement is natural and good, not sinful and proud.

So it was not wrong for James and John (Mk 10:35) to ask to sit at Jesus’ right and left (in Matthew 20:20 its their mother who does the lobbying).  The problem is, they are clueless about what sitting at Jesus right and left means.  So Jesus tells them.

It means serving.  Till it hurts.  Even unto death.

Most would agree that you can’t get any higher or greater than God. But what Jesus comes to reveal to us is a God who is, from all eternity, a community of love, of three persons whose ceaseless activity, whose joy, consists in giving themselves, each to the other, in love.  When the human race is taken captive by sin, the second person of this Holy Trinity empties himself of divine glory and joins himself forever to a human nature in the womb of a virgin.

The greatness of divine love means that the omnipotent one now allows himself to become helpless, the infinite one now becomes small, the one who has no needs now becomes vulnerable.  In his thirty three years he does many great deeds–healing the incurable, driving out demons, even raising the dead.  But his greatest deed was to offer himself as a ransom, so that all humanity could be released from its bondage (Is 53:11).

Divine love, agape, charity.  It is in this that true greatness lies.  When divine love encounters human need and suffering, it will stop at nothing to meet that need and relieve that suffering.  Even if it means washing feet, or changing a soiled diaper (a contemporary equivalent of foot-washing), or dying on a cross.

So attaining greatness for us means not to claw our way to the top, stepping on whomever gets in our way.  This is pride and is a sign not of strength, but of weakness.  Among the gentiles, “their great ones make their importance felt” (Mk 10:42) because it comforts them to get obeisance, however insincere, from the masses.  It at least temporarily drowns out the inner voice of self-doubt and insecurity that is the hidden motivation of the bully and the dictator.

Humility is possible only for the free.  Those who are secure, as Jesus was, in the Fathers love have no need of pomp and circumstance or people fawning on them.  They know who they are, where they’ve come from, and where they are going.  Not taking themselves too seriously, they can laugh at themselves.  The proud cannot.  Notice the similarity between the words humility and humor (and human, for that matter).

Humility means having a true estimate of oneself.  Being human means that I’m made in God’s image and likeness.  Therefore I’m gifted, I have dignity, and a great destiny.  But being human also means that I’m a creature, not the Creator.  I have limits that I need to recognize and respect.  “Remember man that thou art dust and unto dust thou shall return.”  Note how the word humility also resembles the word “humus,” that component of soil that makes it fertile.

St. Paul talks about the Christian life as a race, and encourages us to run so as to win (1 Cor 9:24ff).   So it’s not just OK but it is commanded to be competitive, to strive to excel.  But true greatness consists in sharing in the sacrificial love of Christ, who comes to serve rather than to be served.  That means that this race St. Paul is talking about is a race to the bottom.