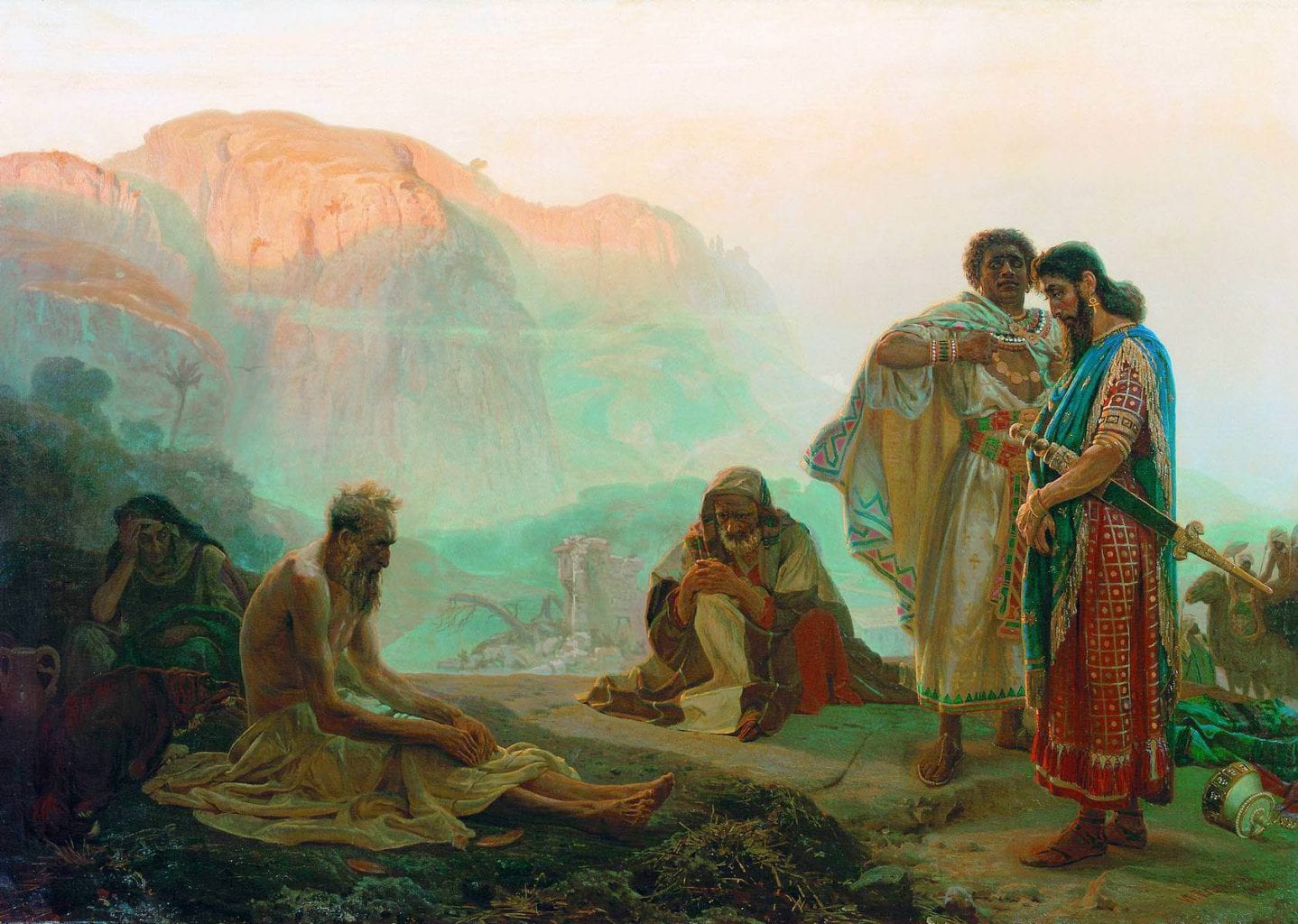 M   y beloved brethren, the story of Job prefigures that of Christ. Thus we understand it, and we    can see the truth of this by detailed comparison.

Job was called truthful; and the Lord is truly Truth itself, for as he says in the Gospel: I am the way and the truth.

Job was rich; and what could be richer than the Lord? For all the rich are his slaves, his is the whole world and all that exists, as David said in the Psalms: The Lord’s is the earth and its fulness, the world and all who live in it.

The devil tempted Job three times; and three times, according to the Gospel, he tried to tempt the Lord.

Everything that Job had, he lost; and for love of us the Lord forgot all his heavenly blessings and made himself poor, that we might be rich.
The devil, raging, destroyed Job’s sons; and the Lord’s sons, the prophets, were killed by the people of the Pharisees in their madness.

Job was disfigured with boils; and the Lord, taking on human flesh, was fouled with the sins of all mankind.

Job’s own wife urged him to sin; and the synagogue, the bride of God, tried to compel the Lord to follow the corrupt behaviour of the elders.

Job’s friends, it is said, insulted him; and the Lord was insulted by his own priests, his own worshippers.

Job sits on a dunghill full of worms; and the Lord lived in a real dunghill, that is, this world, surrounded by men seething with every vice and every crime: true worms.

Job received back his health and his riches; and the Lord, rising, did not only regain health but granted immortality to those who believed in him and took back dominion over the whole of nature. For as he himself bears witness: All things have been given to me by my Father.

Job went to his rest in blessedness and peace; but the Lord remains blessed in all eternity: before time, and from the beginning of time, and to the end of all ages.