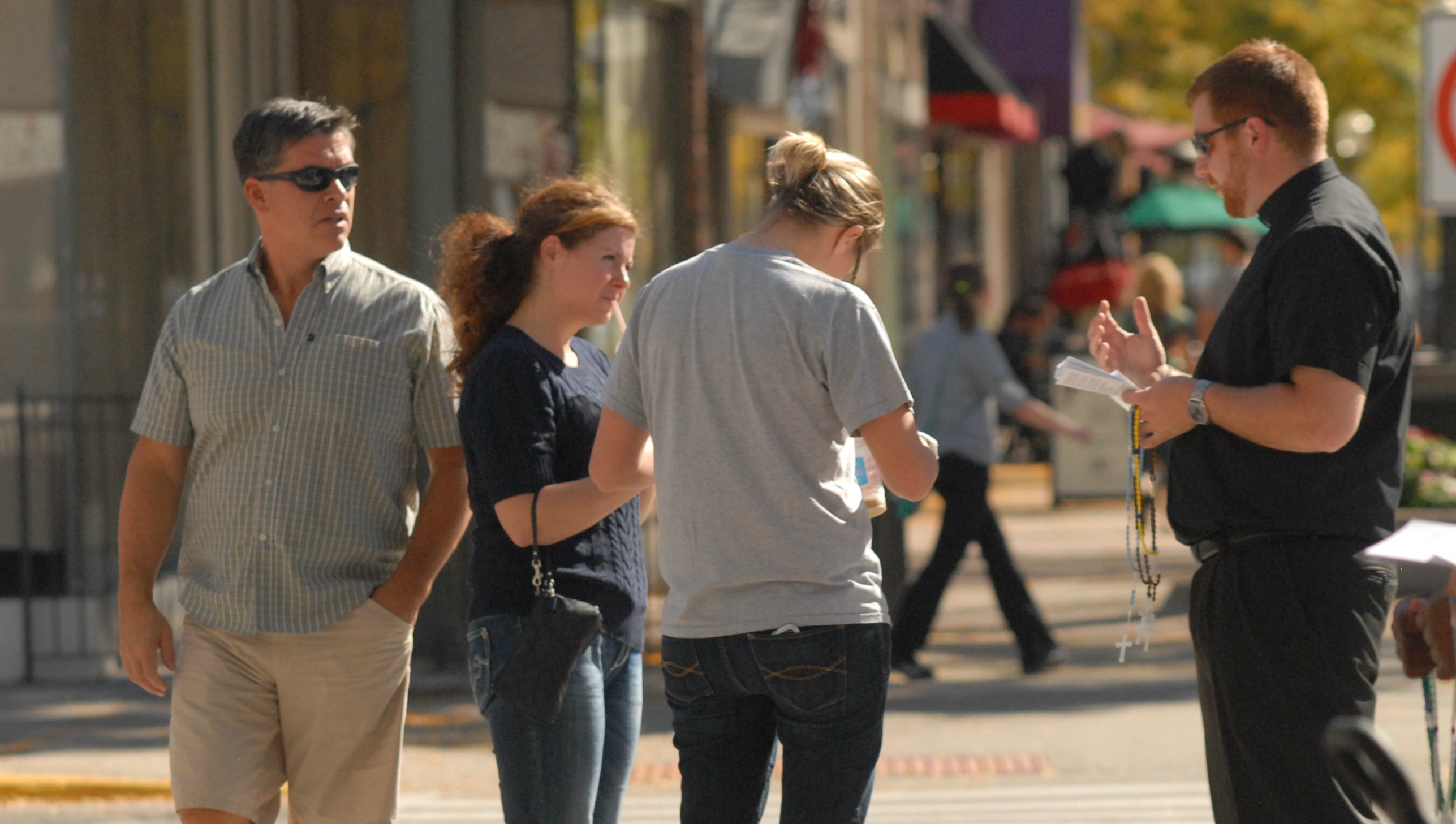 Lent and the New Evangelization

The New Evangelization means that our approach to Lent must change.  We must switch our focus from personal growth to Church growth and “give up” not chocolate, but our fear of sharing the Good News of God’s love in Jesus Christ.

For many, Lent means spiritual self-improvement through sacrifice.  It’s often all about what to “give up” for Lent.

But Jesus’ 40 day fast in the wilderness was not for his own sake.  It was all to prepare for his ministry, a ministry that brought light to those in darkness and healing for the afflicted.

Lent in the Early Church

The early Christians followed Jesus in their approach to Lent.  They fasted and prayed for forty days before Easter to support two special groups of people who were pushing up against some serious obstacles.  First there were those preparing for baptism who were struggling to break the bonds of sin and paganism.  The second group were the penitents who had been away from the sacraments for many years.   They were preparing for reconciliation and a return to communion at Easter.  So Lent in the Early Church was not so much a time of personal growth as church growth.  Rather than a time to look inward it was about looking outward.

This Lent, we are being asked not just to deepen our faith, but to share it.  It is finally time to take seriously the call to the New Evangelization and make it a part of our Lenten journey.

The Gospel is Good News

There are many Church-going Catholics who experience the practice of their faith more as a chore than a joy.  There are an increasing number of Catholics who have been away for a long time.  And there are many from other religious traditions and of no religious background at all, who don’t know that they have a loving Father.

Evangelization is not about pushing our ideas on people.  It’s about letting them know the Good News that they are loved and forgiven, that their life has more meaning and promise than they ever suspected.

Several years ago, I called a cab to take me to the airport.  I decided to make conversation with the driver who was obviously from the Middle East.  “Where are you from?”  “Iran,” he answered.  “Are there many Christians in Iran?”  “I never met one,” he replied.  “So why do you have a cross hanging from your mirror?”

Then he told his story.  “I was an army officer when the Shah was overthrown and the Ayatollahs came to power.  They preached a harsh religion of intolerance and hate, and it made me hate religion.  I left Iran and I vowed never to set foot in a mosque again.  After years in the states, a neighbor invited me to his Church.  I decided to go, to find out if what I learned about Christianity was true.  That Sunday, I heard about a God of love, a God of mercy, a God who tells us to call him “Father” and who sent his son to die for me.  This message moved me very deeply.  So I kept going back became a Christian.”

This Lent let’s pick up our heads and look around– around the family, the neighborhood, the workplace.  Who needs to experience the love of God?  Pray and fast for them.  Reach out to them.  Listen to their story.  Invite them to your home for a cup of coffee, a glass of wine, or a meal.  Invite them to your Church home for Mass or a Lenten mission.

The Iranian cabdriver could have said no.  But he had a right to know the truth about his heavenly Father.  And his neighbor had a duty to introduce him.  Thank God that his neighbor’s love was greater than his fear of getting a “no.”

Now there’s a good thing to give up for Lent – the fear of rejection!

For more great ideas for the Lenten Season, see the 40 DAYS OF LENT section of the Crossroads Initiative Library.