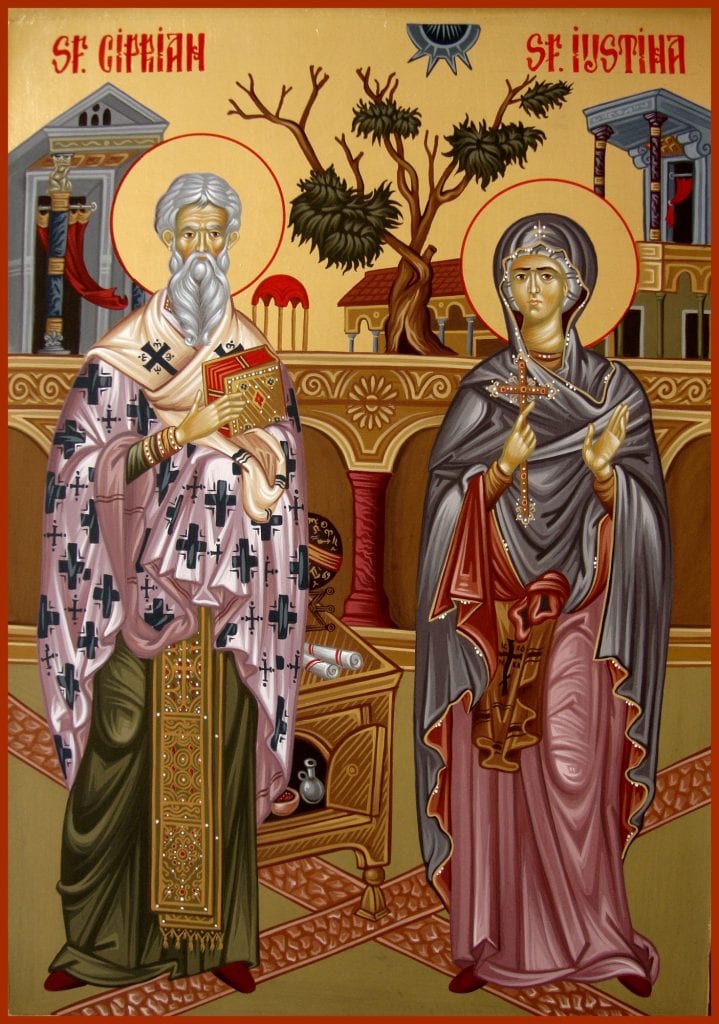 On the morning of the 14th of September, a great crowd gathered at the Villa Sexti, in accordance with the order of the governor Galerius Maximus. That same day the governor commanded Bishop Cyprian to be brought before him for trial. After Cyprian was brought in, the governor asked him, “Are you Thascius Cyprian?”

The governor Galerius Maximus said, “You have set yourself up as an enemy of the gods of Rome and our religious practices. You have been discovered as the author and leader of these heinous crimes, and will consequently be held forth as an example for all those who have followed you in your crime. By your blood the law shall be confirmed.” Next he read the sentence from a tablet. “It is decided that Cyprian should die by the sword.”

Cyprian responded, “Thanks be to God!”

After the sentence was passed, a crowd of his fellow Christians said, “We should also be killed with him!” There arose an uproar among the Christians, and a great mob followed after him. Cyrprian was then brought out to the grounds of the Villa Sexti, where, taking off his outer cloak and kneeling on the ground, he fell before the Lord in prayer. He removed his dalmatic and gave it to the deacons,  and then stood erect while waiting for the executioner. When the executioner arrived, Cyprian told his friends to give the man 25 gold pieces.

The most blessed martyr Cyprian suffered on the 14th of September under the emperors Valerian and Gallienus, in the reign of our true Lord Jesus Christ, to whom belong honor and glory for ever. Amen
From the proconsular Acts of the Martyrdom of Saint Cyprian, bishop of Carthage (Acta 3-6: CSEL 3, 112-114).

Cyprian was a pagan public speaker and teacher from Carthage in North Africa who converted to Christianity around the year 246 AD. He immediately set himself to the study of Scripture and the writings of the first great Latin theologian from North Africa, Tertullian. Saint Cyprian grew so rapidly in holiness and knowledge of the faith that he was appointed bishop of Carthage only two years later. Within only a few months of his election to the episcopacy, the persecution of Decius broke out and Cyprian was forced to flee his see. Upon returning, he set himself to dealing with the problem of the reconciliation, after suitable penance, of those who buckled under pressure and lapsed in their faith. After a few years of peace, the persecution of the emperor Valerian began. Cyprian gave himself up and was martyred in Carthage on September 14, 258.

St. Cyprian’s writings that survive are mainly letters and short treatises. Most notable among them are De Catholicae Ecclesiae Unitatis (251) on the Unity of the Catholic Church and the importance of the Episcopate as safeguard of this unity.