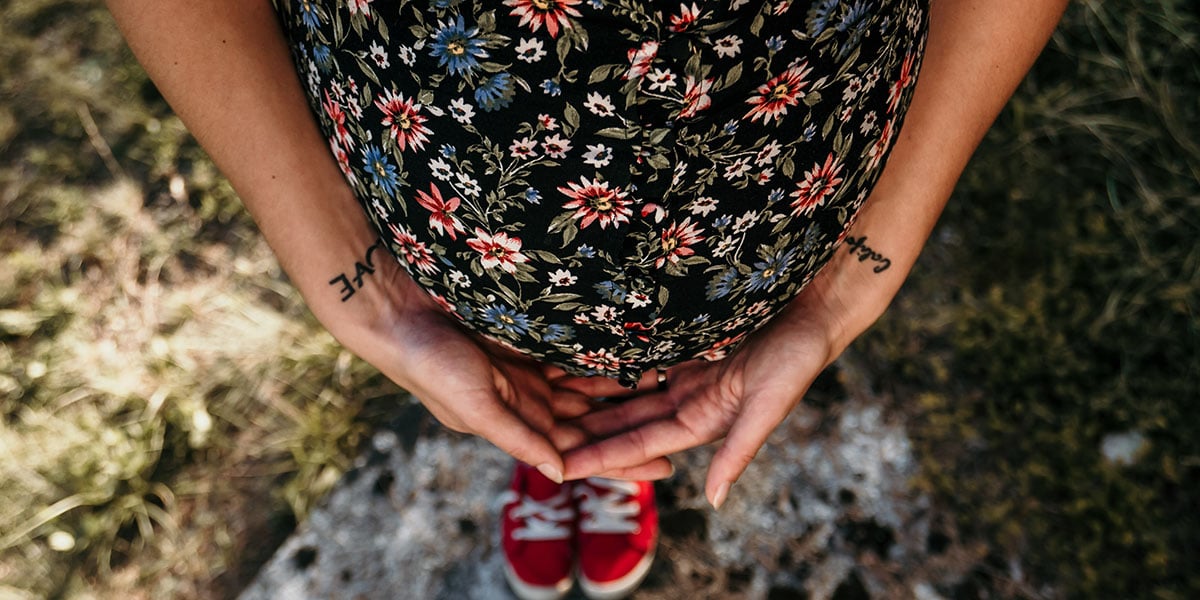 Mother Teresa of Calcutta is best known for her dedication to serving the poorest of the poor as a witness to the Gospel of Mercy.  Yet that did not prevent her from speaking out about abortion, an issue that some believe is a political or religious issue but which she saw as something striking at the very heart of what it means to be human, something intimately tied to the fundamental meaning of her life’s work for which she won nearly universal acclaim.

The woman known to the world as Mother Teresa originally came to India to teach the children of the privileged.  She eventually heard the call of the Lord to leave the security of the cloister to serve the least of all, people thrown away by society, left to die in the streets.

But her humble and quiet work among these poorest of the poor could not remain hidden for long.  Eventually she was acclaimed by the elite of the world, who invited her to address them at various VIP events.  So in the last decade of her life, Mother Teresa spoke at International Conferences, Congressional prayer breakfasts, and the United Nations.  She even traveled to Oslo, Norway to accept the Nobel Peace.

In her addresses to the powerful of the earth, there were several recurring themes.  She often spoke about obstacles to peace and solutions to poverty.  Repeatedly, however, she identified the evil that she saw to be the epitome of violence and poverty in the world – abortion.

For Mother Teresa, the second greatest poverty in the world is the experience of being rejected and cast off by society.  The greatest poverty is the spiritual emptiness that causes people to discard other human beings as useless objects.

That’s why, Mother Teresa saw abortion as the greatest example of poverty.  “It is a poverty,” she said, “to decide that a child must die so that you may live as you wish.”

Mother Teresa also identified abortion as the greatest threat to peace in the world.  For abortion is not simply a matter of the abandonment and indifference suffered by the poor dying in the streets of Calcutta.  It is an act of intentional violence, of direct killing as a means to an end.  In her acceptance speech of the Nobel Peace Prize, she told her distinguished audience: “millions are dying deliberately by the will of the mother. And this is what is the greatest destroyer of peace today. Because if a mother can kill her own child – what is left but for me to kill you and you kill me?”

When she spoke before US government officials, many of whom had campaigned for “abortion rights,” she said: “By abortion, the mother does not learn to love, but kills even her own child to solve her problems . . . Any country that accepts abortion is not teaching its people to love, but to use any violence to get what they want. This is why the greatest destroyer of love and peace is abortion.”

In her strong, unabiguous denunciation of abortion, Mother Teresa is a model of prophetic courage.  But to her condemnation she added other words that show us what an integrated, consistent prolife position truly looks like.  At the Cairo Population Conference in 1994, she said: “If there is a child that you don’t want or can’t feed or educate, give that child to me. I will not refuse any child. I will give a home, or find loving parents for him or for her.”  Authentic prolife witness must not simply condemn the crime, but welcome the child.

This post on Mother Teresa and abortion is adapted from an article by Marcellino D’Ambrosio published by the Catholic News Service in August 2016 and appears here by permission of the author.

To read Mother Teresa’s message to the National Prayer Breakfast sponsored by the US Congress, click here.

Banner/featured image by Anja Teraz on Scopio. Used with permission.