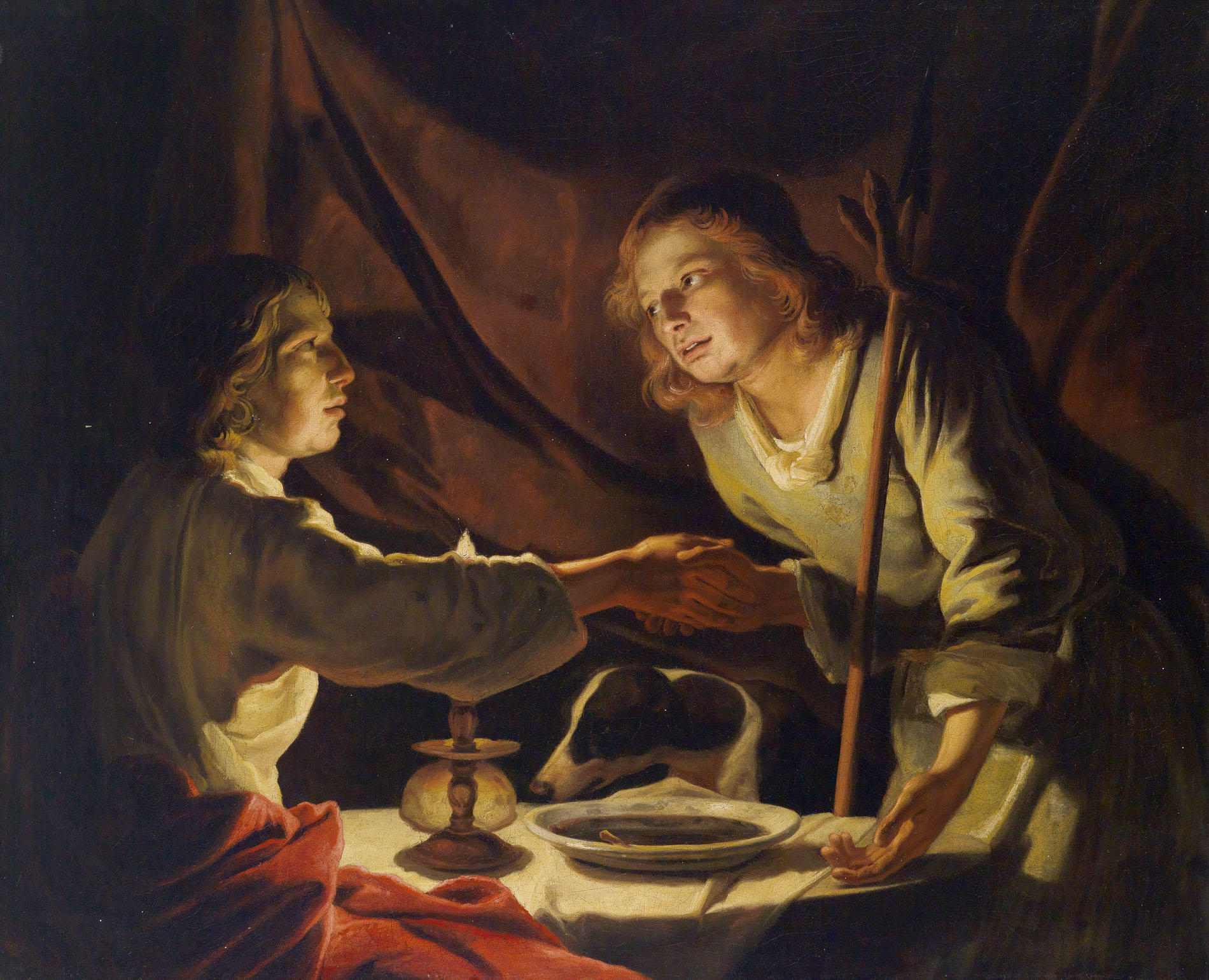 We entreat you, brothers, as earnestly as we are able, to have charity, not only for one another, but also for those who are outside the Church. Of these some are still pagans, who have not yet made an act of faith in Christ. Others are separated, insofar as they are joined with us in professing faith in Christ, our head, but are yet divided from the unity of his body. My friends, we must grieve over these as over our brothers. Whether they like it or not, they are our brothers; and they will only cease to be so when they no longer say our Father.

The prophet refers to some men saying: When they say to you: You are not our brothers, you are to tell them: You are our brothers. Consider whom he intended by these words. Were they the pagans? Hardly; for nowhere either in Scripture or in our traditional manner of speaking do we find them called our brothers. Nor could it refer to the Jews, who did not belive in Christ. Read Saint Paul and you will see that when he speaks of “brothers,” without any qualification, he refers always to Christians. For example, he says: Why do you judge your brother or why do you despise your brother? And again: You perform iniquity and commit fraud, and this against your brothers.

I they say, “Why do you seek us? What do you want of us?” we should reply: You are our brothers. They may say, “Leave us alone. We have nothing to do with you.” But we have everything to do with you, for we are one in our belief in Christ; and so we should be in one body, under one head.

And so, dear brothers, we entreat you on their behalf, in the name of the very source of our love, by whose milk we are nourished, and whose bread is our strength, in the name of Christ our Lord and his gentle love. For it is time now for us to show them great love and abundant compassion by praying to God for them. May he one day give them a clear mind to repent and to realize that they have nothing whatever to say against the truth; they have nothing now but the sickness of their hatred, and the stronger they think they are, the weaker they become. We entreat you then to pray for them, for they are weak, given to the wisdom of the flesh, to fleshly and carnal things, but yet they are our brothers. They celebrate the same sacraments as we, not indeed with us, but still the same. They respond with the same Amen, not with us, but still the same. And so pour out your hearts for them in prayer to God.

The Second Vatican Council spoke of non-Catholic Christians as “our separated brethren” and urged Catholics to see them as in some way already joined to Church of Christ which subsists in the Catholic Church. This language and attitude comes from Saint Augustine as can be seen plainly in this excerpt from his discourse on the Psalms (Ps 32, 29: CCL 38, 272-273), used in the Roman Office of Readings for Tuesday in the 14th week in Ordinary Time, with the accompanying biblical reading taken from 2 Samuel 18:6-17, 24-19:5. When Augustine was bishop of Hippo at the beginning of the 5th century, Christians in North Africa were divided by the Donatist schism. The Donatists, who had validly ordained bishops, claimed that the Catholic bishops had polluted themselves through association with those who caved into to the Roman authorities during the days of persecution and therefore had invalidated their sacrament of holy orders. They had a paralllel hierarchy and refused to accept the validity of the sacraments performed in other churches. Despite the fierce anti-Catholicism of the Donatists, Augustine here recognizes them as brothers and teaches his people to do the same, with obvious application to today’s ecumenical situation.