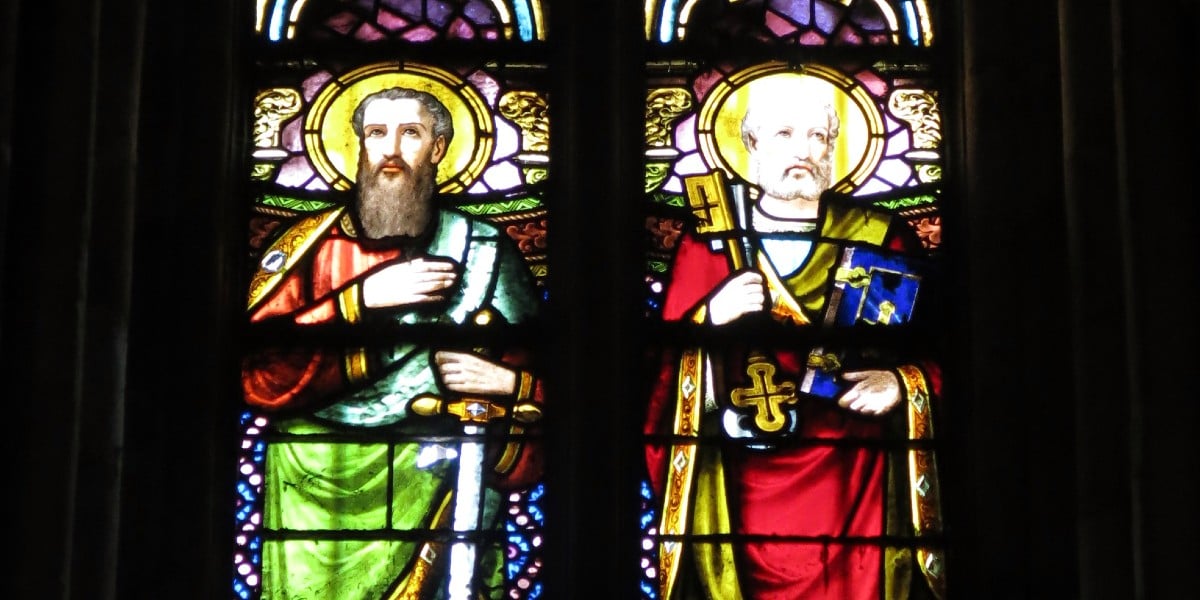 This excerpt from St. Augustine shows that, as early as the fourth century, Christians celebrated June 29 as a solemn feast in honor of Peter and Paul, the two apostles and martyrs who laid down their lives for Christ in the Eternal City of Rome.

This day has been consecrated for us by the martyrdom of the blessed apostles Peter and Paul. It is not some obscure martyrs we are talking about. “Their sound has gone out into all the earth, and their words to the ends of the world” (Psalm 19). These martyrs had seen what they proclaimed, they pursued justice by confessing the truth, by dying for the truth.

The Keys of the Kingdom

Before his passion the Lord Jesus, as you know, chose those disciples of his whom he called apostles. Among these it was only Peter who almost everywhere was given the privilege of representing the whole Church. It was in the person of the whole Church, which he alone represented, that he was privileged to hear, “To you will I give the keys of the kingdom of heaven.”

After all, it is not just one man that received these keys, but the Church in its unity. So this is the reason for Peter’s acknowledged pre-eminence, that he stood for the Church’s universality and unity, when he was told, “To you I am entrusting,” what has in fact been entrusted to all. To show you that it is the Church which has received the keys of the kingdom of heaven, listen to what the Lord says in another place to all his apostles: “Receive the Holy Spirit; and immediately afterwards, Whose sins you forgive, they will be forgiven them; whose sins you retain, they will be retained” (John 20:22-23).

Peter, Do you Love Me?

Quite rightly, too, did the Lord after his resurrection entrust his sheep to Peter to be fed (Jn. 21: 15-19). It is not, you see, that he alone among the disciples was fit to feed the Lord’s sheep; but when Christ speaks to one man, unity is being commended to us. And he first speaks to Peter, because Peter is the first among the apostles. Do not be sad, Apostle. Answer once, answer again, answer a third time. Let confession conquer three times with love, because self-assurance was conquered three times by fear. What you had bound three times must be loosed three times. Loose through love what you had bound through fear. And for all that, the Lord once, and again, and a third time, entrusted his sheep to Peter.

Two Apostles, One in their Witness

There is one day for the passion of two apostles. But these two also were as one; although they suffered on different days, they were as one. Peter went first, Paul followed. We are celebrating a feast day, consecrated for us by the blood of the apostles. Let us love their faith, their lives, their labors, their sufferings, their confession of faith, their preaching.