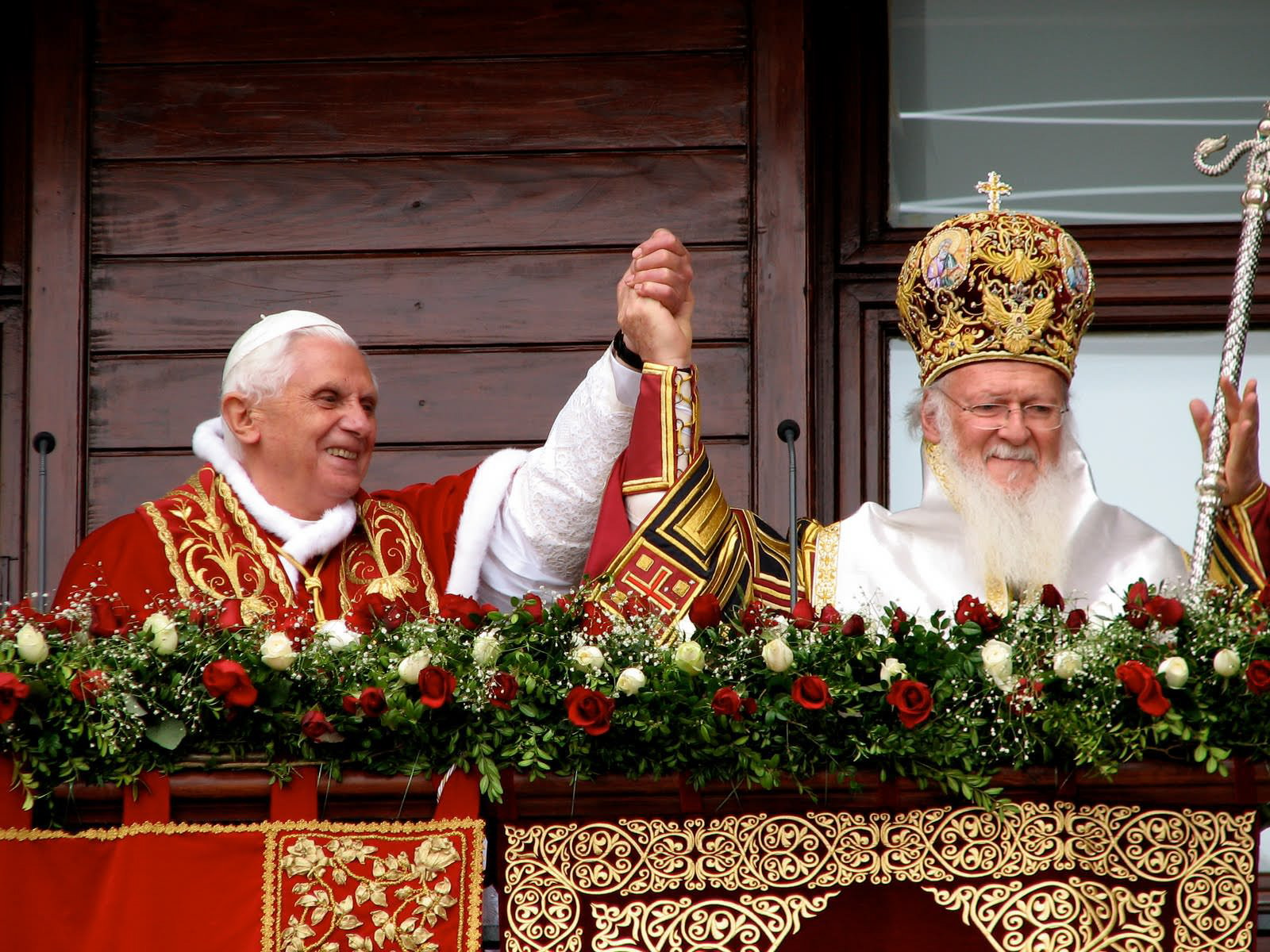 Pope Benedict XVI has assumed “as a primary commitment” the work of promoting full unity among Christians separated in various churches and confessions.

The former Cardinal Joseph Ratzinger explained this in the first message of his pontificate, read in the Sistine Chapel today, at the conclusion of a Eucharistic concelebration with cardinals.

The Successor of the Apostle Peter, as he describes himself, “aims, as a primary commitment, to work without sparing energies for the reconstitution of the full and visible unity of all the followers of Christ. This is his ambition, this is his imperative duty.”

“He is aware that for this, manifestations of good sentiments are not enough,” the new Pope said. “There must be concrete gestures that penetrate spirits and move consciences, leading each one to that interior conversion that is the assumption of all progress on the path of ecumenism.”

“Theological dialogue is necessary, in-depth knowledge of the historical reasons of choices made in the past is perhaps indispensable. But what is urgent in the main is that ‘purification of the memory,’ so many times recalled by John Paul II, which alone can dispose spirits to receive the full truth of Christ,” Benedict XVI stated.

“It is before him, supreme Judge of every living being, that each one of us must place himself, in the awareness of one day having to render an account to him of what one has done or not done for the great good of the full and visible unity of all his disciples,” reminded Benedict XVI.

The Pope “is prepared to do all that is in his power to promote the fundamental cause of ecumenism.”

“In the footsteps of his Predecessors, he is fully determined to cultivate every initiative that might seem appropriate to promote contacts and understanding with representatives of the diverse churches and ecclesial communities,” asserted the Pope.

To all Christian leaders he addressed “the most cordial greeting in Christ, the only Lord of all.”
As prefect of the Congregation for the Doctrine of the Faith, Cardinal Ratzinger had a decisive role in the writing of the “Joint Declaration on the Doctrine of Justification,” signed in October 1999 by the Holy See and the World Lutheran Federation in Augsburg, Germany.

The declaration, one of the most important ecumenical steps since Martin Luther’s split with the Catholic Church in the 16th century, took place thanks to the dialogue held in November 1998 between Cardinal Ratzinger and Lutheran Bishop Johannes Hanselman in Munich.

Cardinal Ratzinger was also a committed promoter of the recognition that the Catholic Church expresses to the Orthodox Churches, which maintain the apostolic succession and the sacraments.

As was John Paul II’s custom, Benedict XVI addressed his last words to the Blessed Virgin Mary, in whose hands he placed “the present and future of my person and of the Church.”

Joseph Ratzinger, the future Pope Benedict XVI, was born in Bavaria, Germany, on April 16, 1927, Holy Saturday, and baptized the very same day, in the newly blessed Easter water. This special baptism was seen from the beginning of his life as a very special blessing of Divine Providence.

Josef and his brother George entered the seminary and were ordained priests together on June 29, 1951. After receiving his doctorate in theology from the University of Munich in 1953, Fr. Joseph Ratzinger became a professor of dogmatic theology at the University of Bonn. When Vatican Council II began in 1962, Fr. Ratzinger, only 35 years old at the time, was named chief “peritus” or theological advisor to the Archbishop of Cologne, Joseph Cardinal Frings and accompanied him to all four sessions of the council, having input on the writing of several of the Council Documents. From 1969 until 1977 he taught theology at the University of Regensburg and, from 1969 until 1980, he was a member of the Vatican’s International Theological Commission.

Besides his academic articles and official Church documents, the new Pope Benedict XVI provides us with a window into his mind and heart through several books, the Ratzinger Report (1996), The Spirit of the Liturgy (2000), God and the World (2002) and Introduction to Christianity. For those who have had the privilege of knowing him personally, what is most striking about him is his simplicity, humility, and childlike wonder at things. His self-effacing manner is combined, however, with a firm but gentle courage in defending the faith in all its fullness and integrity. In his resolute opposition to error, he is however, never personally defensive since he has no ego to protect. It is worth noting that on his coat of arms, Benedict replaced the traditional papal tiara with a bishop’s miter with three stripes representing the Church’s three-fold mission to teach, sanctify, and govern. At his inaugural Mass, he took the time to explain the importance of the pallium which symbolizes the shepherd’s mission and the yoke of Christ.