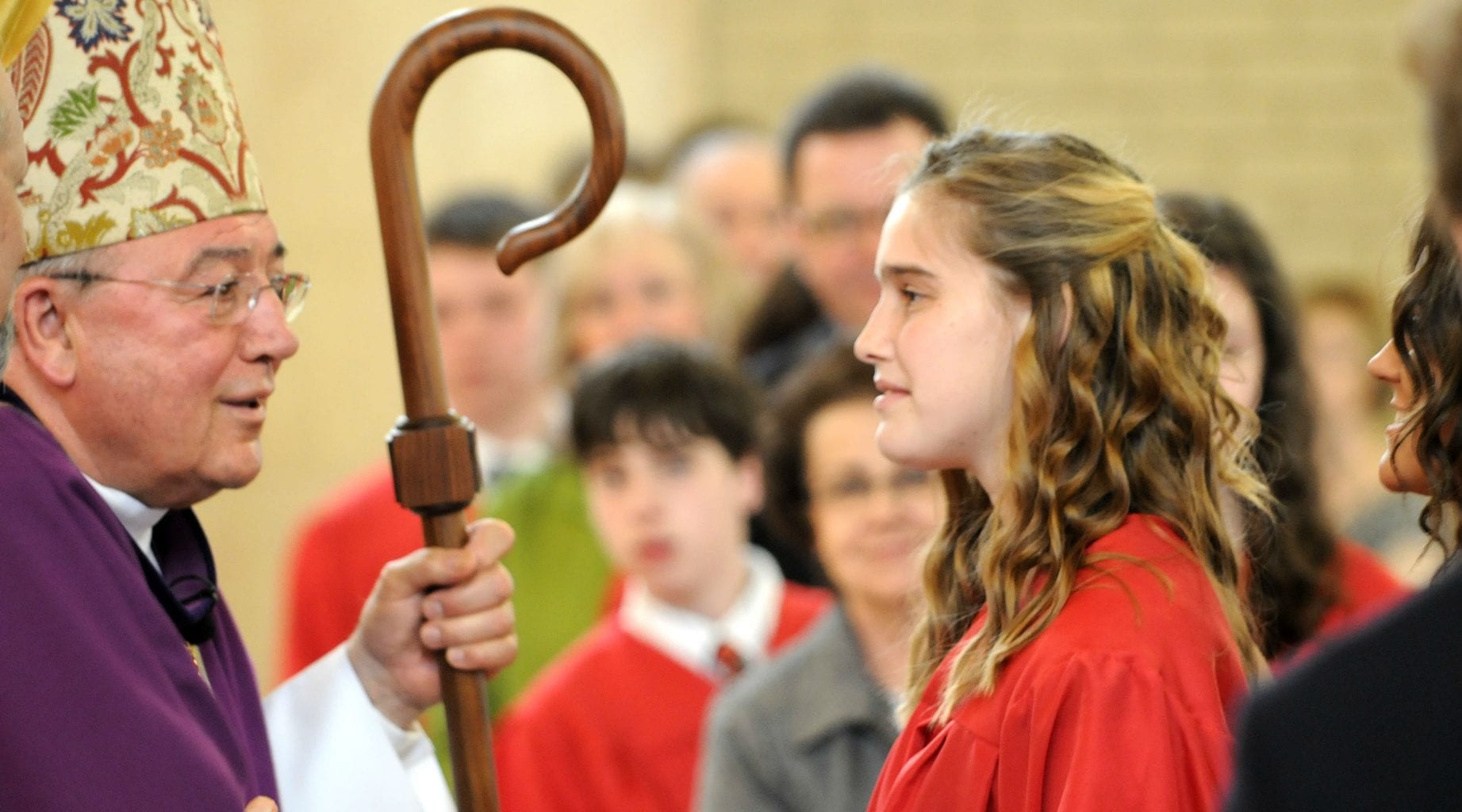 SACRAMENT OF CONFIRMATION:
ITS MEANING AND BIBLICAL BASIS
Compiled by Marcellino D’Ambrosio, Ph.D.

The most important scripture for the understanding of the sacrament of confirmation is the narrative about Jesus own baptism and anointing by the Spirit, as well as the Church’s anointing with the Spirit at Pentecost (Acts 2). Here are a few other texts that shed light on the meaning of the sacrament of confirmation or allude to its practice in the first century church.

Is 61:1-8 This is the Scripture that Jesus read in the synagogue at Capernaum immediately after his baptism and anointing with the Spirit. It sheds light on the meaning of this event in his life: 1 The Spirit of the Lord GOD is upon me, because the Lord has anointed me to bring good tidings to the afflicted; he has sent me to bind up the brokenhearted, to proclaim liberty to the captives, and the opening of the prison to those who are bound; 2 to proclaim the year of the Lord’s favor, and the day of vengeance of our God; to comfort all who mourn; 3 to grant to those who mourn in Zion to give them a garland instead of ashes, the oil of gladness instead of mourning, the mantle of praise instead of a faint spirit; that they may be called oaks of righteousness, the planting of the Lord, that he may be glorified. 4 They shall build up the ancient ruins, they shall raise up the former devastations; they shall repair the ruined cities, the devastations of many generations. 5 Aliens shall stand and feed your flocks, foreigners shall be your plowmen and vinedressers; 6 but you shall be called the priests of the Lord, men shall speak of you as the ministers of our God; you shall eat the wealth of the nations, and in their riches you shall glory. 7 Instead of your shame you shall have a double portion, instead of dishonor you shall rejoice in your lot; therefore in your land you shall possess a double portion; yours shall be everlasting joy. (RSV)

Mark 1:9-10 A9 In those days Jesus came from Nazareth of Galilee and was baptized by John in the Jordan. 10 And when he came up out of the water, immediately he saw the heavens opened and the Spirit descending upon him like a dove; 11 and a voice came from heaven, “Thou art my beloved Son; with thee I am well pleased.” (Acts10:38 interprets this as anointing) RSV

Acts 8:14-17 14 Now when the apostles at Jerusalem heard that Samaria had received the word of God, they sent to them Peter and John, 15 who came down and prayed for them that they might receive the Holy Spirit; 16 for it had not yet fallen on any of them, but they had only been baptized in the name of the Lord Jesus. 17 Then they laid their hands on them and they received the Holy Spirit. RSV

Acts 19:5-7 Disciples Paul met in Ephesus who had received only the baptism of John. On hearing this, they were baptized in the name of the Lord Jesus. 6 And when Paul had laid his hands upon them, the Holy Spirit came on them; and they spoke with tongues and prophesied. 7 There were about twelve of them in all. RSV

Heb 6:1-2 1 Therefore, let us leave behind the basic teaching about Christ and advance to maturity, without laying the foundation all over again: repentance from dead works and faith in God, 2 instruction about baptisms and laying on of hands, resurrection of the dead and eternal judgment. (NAB)

The Sacrament of Confirmation in the early Church was known as the “Seal of the Spirit.” Note the mention of the seal in the following passages.

2 Cor 1:21f A21 But the one who gives us security with you in Christ and who anointed us is God; 22 he has also put his seal upon us and given the Spirit in our hearts as a first installment. (NAB)

Eph 1:13 A In him you also, who have heard the word of truth, the gospel of your salvation, and have believed in him, were sealed with the promised Holy Spirit. (RSV)

Eph 4:30 And do not grieve the Holy Spirit of God, in whom you were sealed for the day of redemption. (RSV)