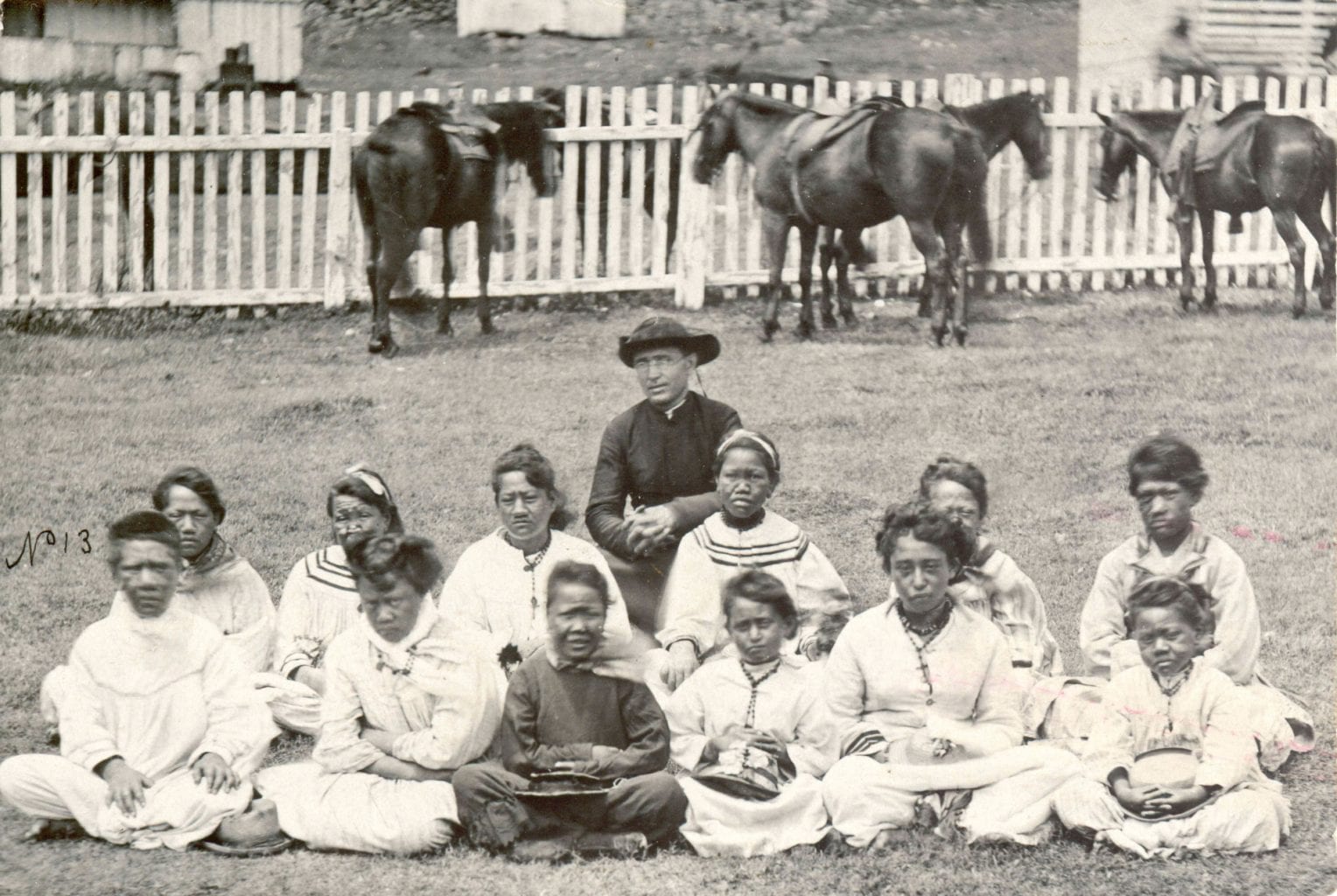 W       hen Joseph de Veuster was born in Tremelo, Belgium, in 1840, few people in Europe          had any firsthand knowledge of leprosy (Hansen’s disease). By the time he died at the age of 49, people all over the world knew about this disease because of him. They knew that human compassion could soften the ravages of this disease.

Forced to quit school at age 13 to work on the family farm, six years later Joseph entered the Congregation of the Sacred Hearts of Jesus and Mary, taking the name of a fourth-century physician and martyr. When his brother Pamphile, a priest in the same congregation, fell ill and was unable to go to the Hawaiian Islands as assigned, Damien quickly volunteered in his place. In May 1864, two months after arriving in his new mission, Damien was ordained a priest in Honolulu and assigned to the island of Hawaii.

In 1873, he went to the Hawaiian government’s leper colony on the island of Molokai, set up seven years earlier. Part of a team of four chaplains taking that assignment for three months each year, Damien soon volunteered to remain permanently, caring for the people’s physical, medical and spiritual needs. In time, he became their most effective advocate to obtain promised government support.

Soon the settlement had new houses and a new church, school and orphanage.

Morale improved considerably. A few years later he succeeded in getting the Franciscan Sisters of Syracuse, led by Mother Marianne Cope (January 23), to help staff this colony in Kalaupapa.

Damien contracted Hansen’s disease and died of its complications. As requested, he was buried in Kalaupapa, but in 1936 the Belgian government succeeded in having his body moved to Belgium. Part of Damien’s body was returned to his beloved Hawaiian brothers and sisters after his beatification in 1995.

When Hawaii became a state in 1959, it selected Damien as one of its two representatives in the Statuary Hall at the U.S. Capitol.

Some people thought Damien was a hero for going to Molokai and others thought he was crazy. When a Protestant clergyman wrote that Damien was guilty of immoral behavior, Robert Louis Stevenson vigorously defended him in an “Open Letter to Dr. Hyde.”

During the beatification homily, Pope John Paul II said: “Holiness is not perfection according to human criteria; it is not reserved for a small number of exceptional persons. It is for everyone; it is the Lord who brings us to holiness, when we are willing to collaborate in the salvation of the world for the glory of God, despite our sin and our sometimes rebellious temperament.”
Canonized on October 11, 2009, by Pope Benedict XVI. His feast Day is celebrated on May 10.
In Hawaii, it is celebrated on the day of his death, April 15.

Be sure to read about the other newly cannonized saints, click here!

Be a part of the “new springtime” of evangelization!  Your tax-deductible gift helps us use TV, radio, and the web to proclaim the message without compromise but in language even the young can understand.  Click here to donate now.