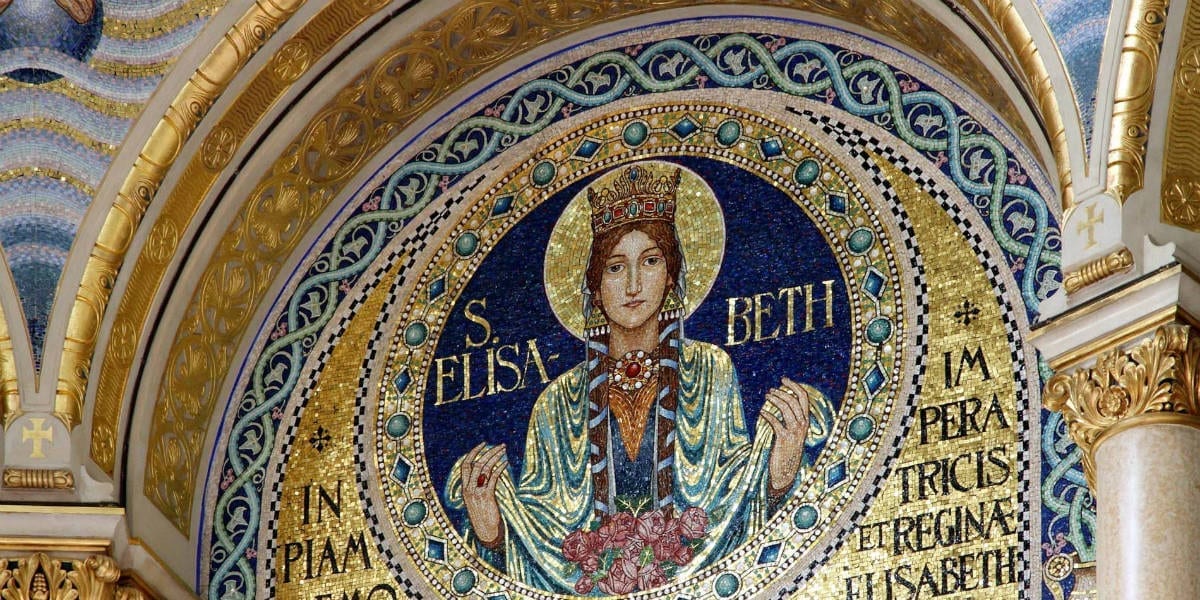 Conrad of Marburg, spiritual director of St. Elizabeth of Hungary, here shares his recollections about her. Elizabeth, born in 1207, was the daughter of Andrew, king of Hungary. While still very young, she was married to Louis, Landgrave of Thuringia, and with him had three children.  As a busy wife and mother, she maintained a remarkable life of prayer and meditation. After the death of her husband, she embraced a life of poverty, founding a hospital where she personally cared for the sick.  St. Elizabeth died at Marburg in 1231.

From this time onward Elizabeth’s goodness greatly increased. She was a lifelong friend of the poor and gave herself entirely to relieving the hungry. She ordered that one of her castles should be converted into a hospital in which she gathered many of the weak and feeble. She generously gave alms to all who were in need, not only in that place but in all the territories of her husband’s empire. She spent all her own revenue from her husband’s four principalities, and finally she sold her luxurious’ possessions and rich clothes for the sake of the poor.

Elizabeth of Hungary’s care for the Sick & Poor

Twice a day, in the morning and in the evening, Elizabeth went to visit the sick. She personally cared for those who were particularly repulsive; to some she gave food, to others clothing; some she carried on her own shoulders, and performed many other kindly services. Her husband, of happy memory, gladly approved of these charitable works. Finally, when her husband died, she sought the highest perfection; filled with tears, she implored me to let her beg for alms from door to door.

On Good Friday of that year, when the altars had been stripped, she laid her hands on the altar in a chapel in her own town, where she had established the Friars Minor, and before witnesses she voluntarily renounced all worldly display and everything that our Saviour in the gospel advises us to abandon. Even then she saw that she could still be distracted by the cares and worldly glory which had surrounded her while her husband was alive. Against my will she followed me to Marburg. Here in the town she built a hospice where she gathered together the weak and the feeble. There she attended the most wretched and contemptible at her own table.

Apart from those active good works, I declare before God that I have seldom seen a more contemplative woman. When she was coming from private prayer, some religious men and women often saw her face shining marvelously and light coming from her eyes like the rays of the sun.

Before her death I heard her confession. When I asked what should be done about her goods and possessions, she replied that anything which seemed to be hers belonged to the poor. She asked me to distribute everything except one worn out dress in which she wished to be buried. When all this had been decided, she received the body of our Lord. Afterward, until vespers, she spoke often of the holiest things she had heard in sermons. Then, she devoutly commended to God all who were sitting near her, and as if falling into a gentle sleep, she died.

Conrad of Marburg was the spiritual director of St. Elizabeth of Hungary, a princess who lived an exemplary life as a wife and mother and, in her widowhood, devoted herself to the care of the sick. Conrad lived in the 13th century.