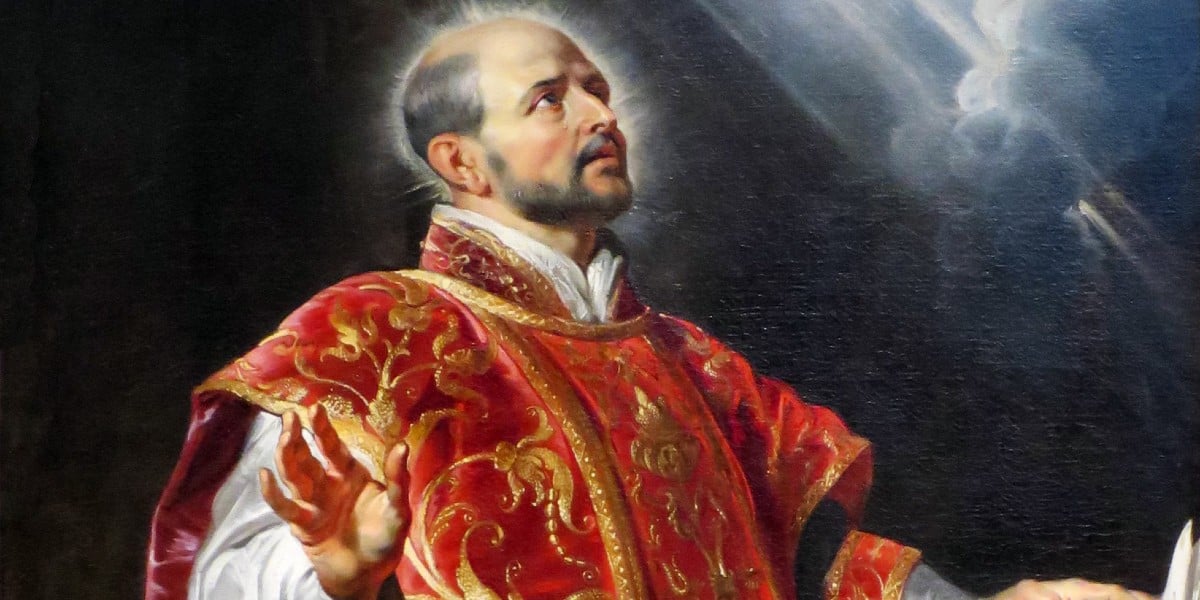 Ignatius of Loyola & Discernment of Spirits

Here, an early biographer tells the story of the conversion of St. Ignatius of Loyola and what it taught him about the discernment of spirits.  Ignatius is remember by the Catholic Church on July 31 and was the founder of the religious order commonly known as “the Jesuits.”

Ignatius was passionately fond of reading worldly books of fiction and tales of knight-errantry. When he felt he was getting better, he asked for some of these books to pass the time. But no book of that sort could be found in the house; instead they gave him a life of Christ and a collection of the lives of saints written in Spanish.

By constantly reading these books he began to be attracted to what he found narrated there. Sometimes in the midst of his reading he would reflect on what he had read. Yet at other times he would dwell on many of the things which he had been accustomed to dwell on previously. But at this point our Lord came to his assistance, insuring that these thoughts were followed by others which arose from his current reading.

While reading the life of Christ our Lord or the lives of the saints, he would reflect and reason with himself: “What if I should do what Saint Francis or Saint Dominic did?” In this way he let his mind dwell on many thoughts; they lasted a while until other things took their place. Then those vain and worldly images would come into his mind and remain a long time. This sequence of thoughts persisted with him for a long time.

But there was a difference. When Ignatius reflected on worldly thoughts, he felt intense pleasure; but when he gave them up out of weariness, he felt dry and depressed. Yet when he thought of living the rigorous sort of life he knew the saints had lived, he not only experienced pleasure when he actually thought about it, but even after he dismissed these thoughts, he still experienced great joy. Yet he did not pay attention to this, nor did he appreciate it until one day, in a moment of insight, he began to marvel at the difference. Then he understood his experience: thoughts of one kind left him sad, the others full of joy. And this was the first time he applied a process of reasoning to his religious experience. Later on, when he began to formulate his spiritual exercises, he used this experience as an illustration to explain the doctrine he taught his disciples on the discernment of spirits.

This selection is taken from the Life of St. Ignatius from his own words by Luis Gonzalez (Cap. 1, 5-9: Acta Sanctorum, Julii, 7 [1868], 647) and used in the Roman Office of Readings for the feast (liturgical memorial of St. Ignatius on July 31). Saint Ignatius was the founder of the Society of Jesus, best known today as the “Jesuits.”

Luis Gonzalez was an early Jesuit who personally knew the Jesuits’ founder, St. Ignatius of Loyola.  It was St. Ignatius who selected Gonzalez as the one to whom he would entrust with the writing of his memoires.  From 1553 to 1955, the year prior to the saint’s death, Ignatius spent a great deal of time with Gonzalez recounting the details of his life and spiritual journey.  Gonzalez tells the story in the third person, but was scrupulously faithful, he says, in telling the story just as he heard it from the lips of Ignatius himself.  (bio by Dr. Italy)