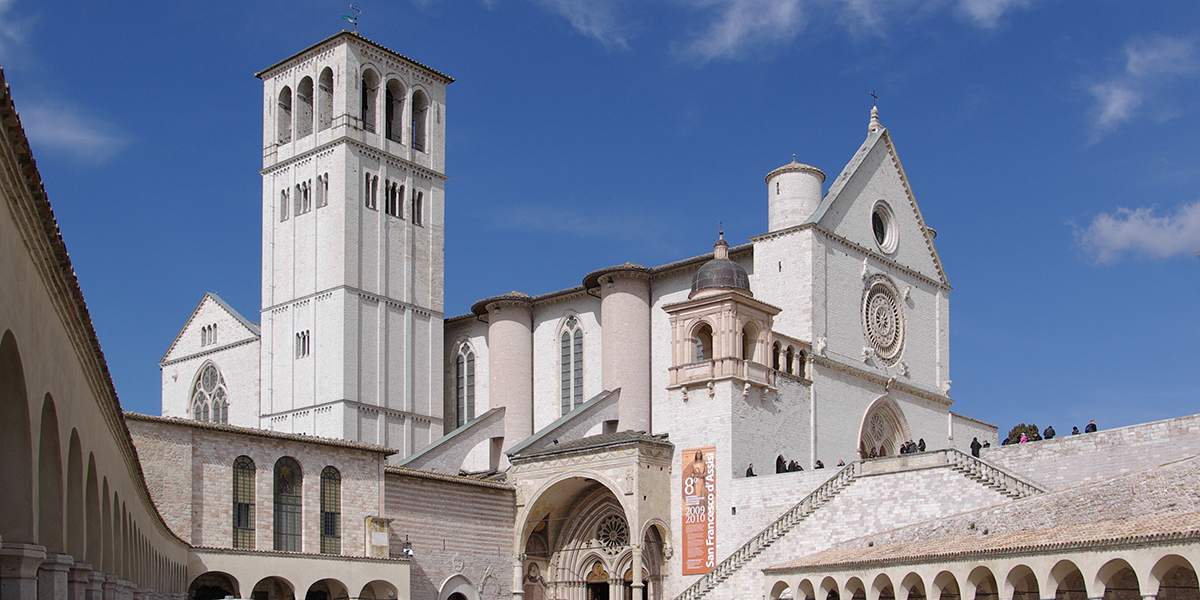 7 minute podcast in which Dr. Italy describes the two major basilicas of Assisi which he visits on his Italy pilgrimage – San Francesco (St. Francis) and Santa Chiara (St. Clare). 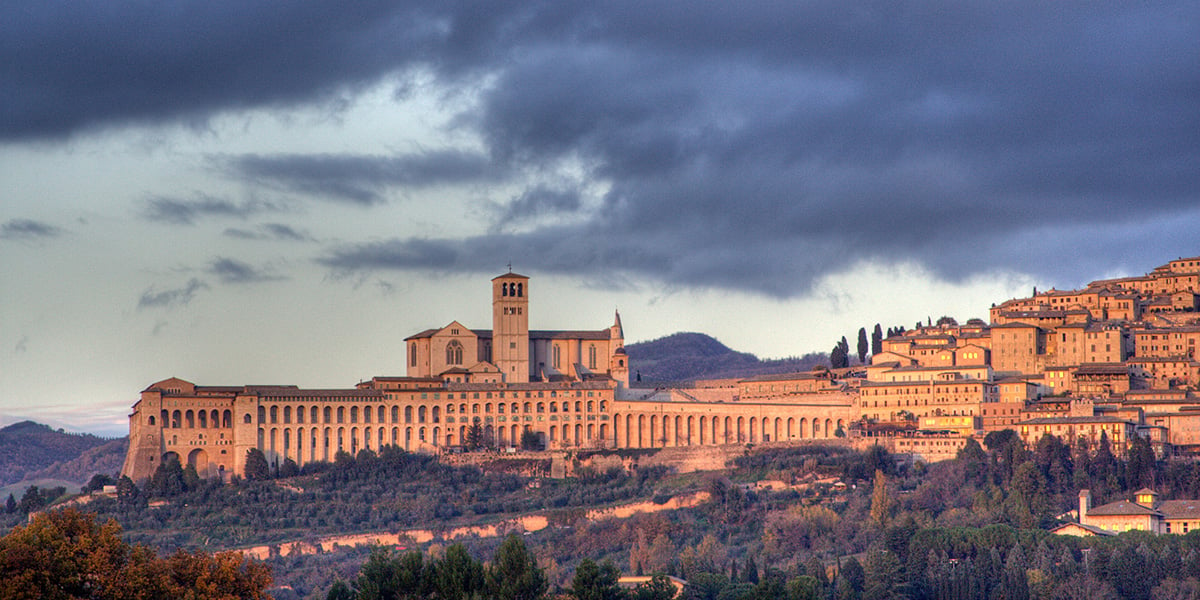 Image of the Basilica of San Francesco and the town of Assisi by Roberto Ferrari. Public domain.

Assisi, though only a small, hillside town, boasts a plethora of beautiful churches and picturesque chapels.  Two major basilicas tower over all of them and embrace Assisi like two strong arms.  We speak of the basilicas of San Francesco (St. Francis) and Santa Chiara (St. Clare). 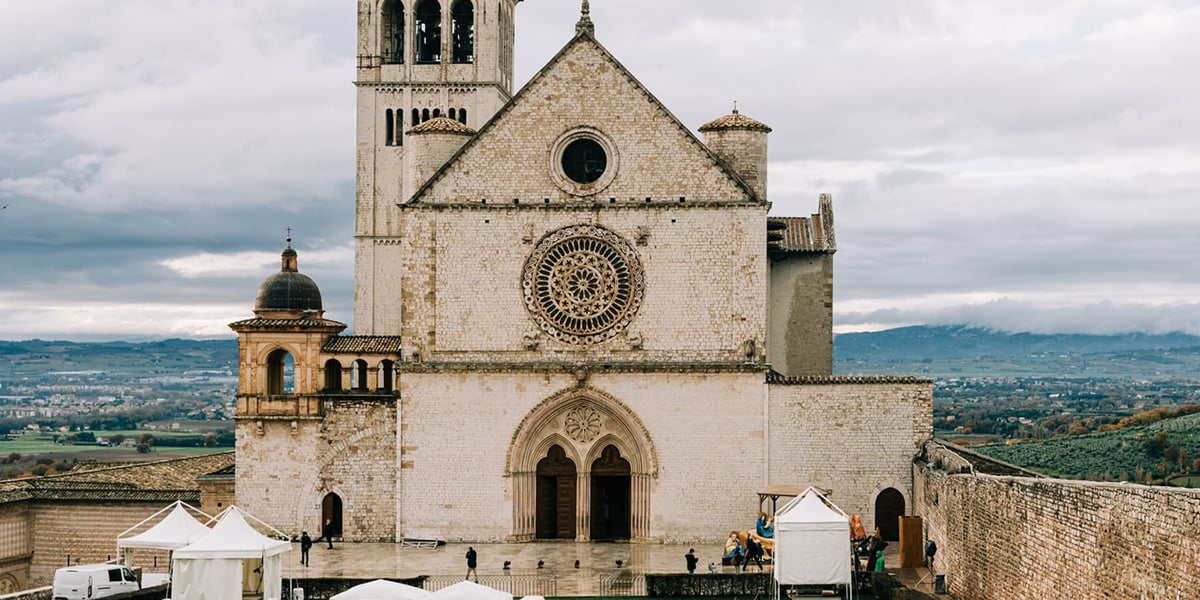 Image of the facade of the Basilica of Saint Francis of Assisi by Gabriella Clare Marino on Unsplash. Public domain. 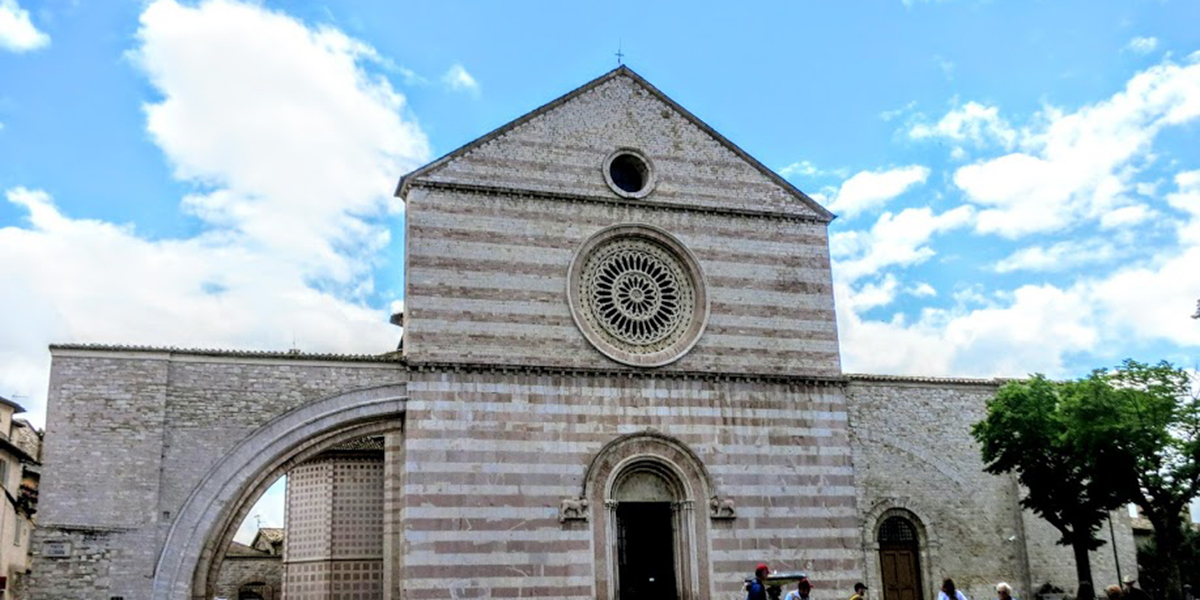 Image of the facade of the Basilica of Saint Clare by Marcellino D’Ambrosio. All rights reserved.

Built as a shrine to honor the relics of the saint and receive the numerous pilgrims who come to Assisi, the Basilica of San Francesco is actually three churches – the cyrpt, which houses the tomb of the saint, the lower church, built in Romanesque style, and the upper church, a marvel of Gothic stained glass and frescos by the great Italian artist, Giotto.

Even the lower church boasts marvelous frescos by other Italian artists, such as Cimabue.  Both upper and lower churches contain some images of Francis and Clare that have been popularized ever since as classic images of these saints of Assisi. 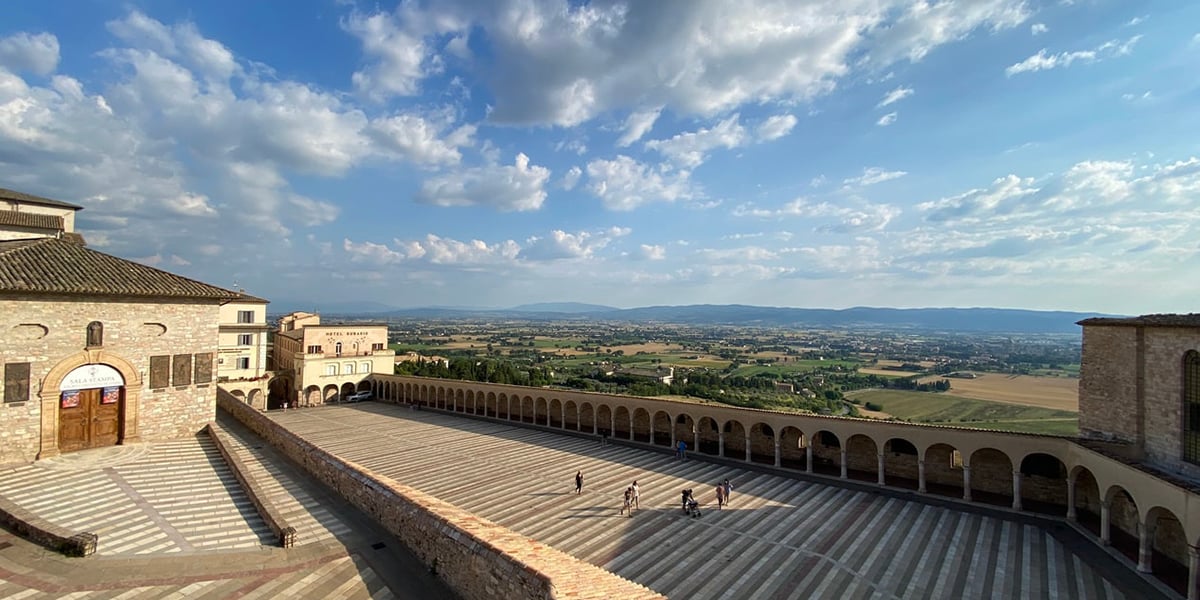 Image of the view from the piazza & cloister of the Basilica of Saint Francis of Assisi by Alessio Patron on Unsplash. Public domain.

St. Clare’s basilica is not filled with frescos by famous painters.  But it does house the relic that is even more important symbol of the Franciscan story than anything else – the huge Byzantine style Crucifix from which the Lord spoke to Francis and said “rebuild my Church.”  This San Damiano crucifix was a prayer focus of St. Clare for the 40 years that she lived at the chapel called by the same name, so it is only fitting that it would hang today in her basilica.  The basilica houses the relics of St. Clare, as well as the remains of her saintly mother Ortolana and her sister, Agnes, who went into the convent shortly after Clare ran away from home to follow St. Francis 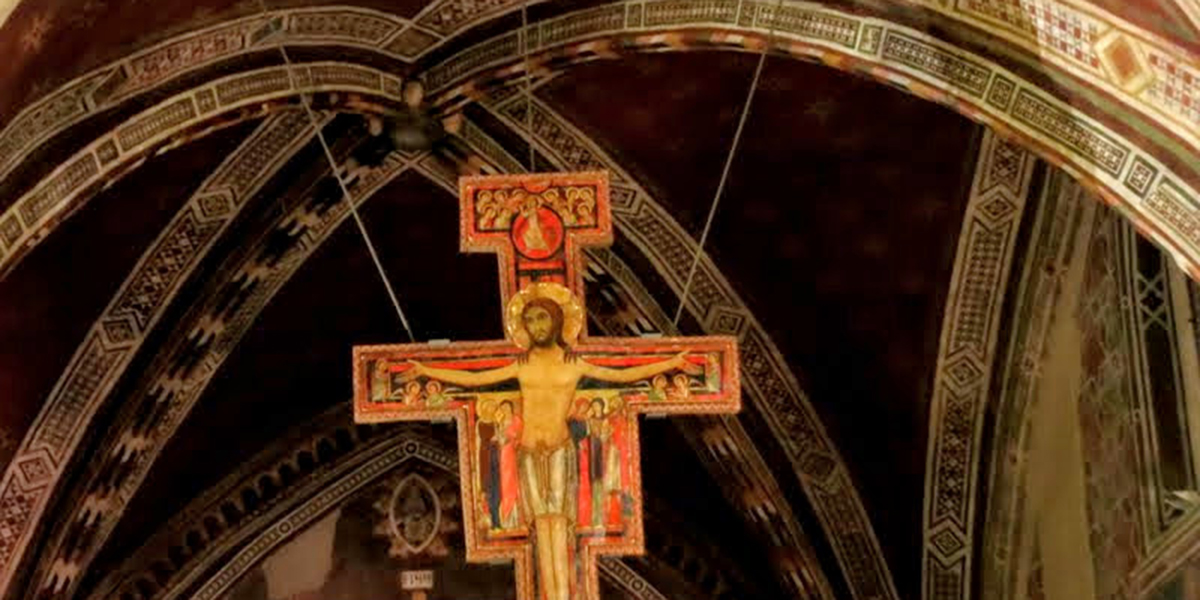 Image of San Damiano Crucifix hanging in the Basilica of Saint Clare by Marcellino D’Ambrosio. All rights reserved.

This podcast tells more of the story of these two sacred spaces which figure so prominently in our very special pilgrimage to Assisi.  For more on our entire pilgrimage in Italy, visit www.RomeTrip.info.

For a podcast over the two Assisi chapels Saint Francis rebuilt, click here.