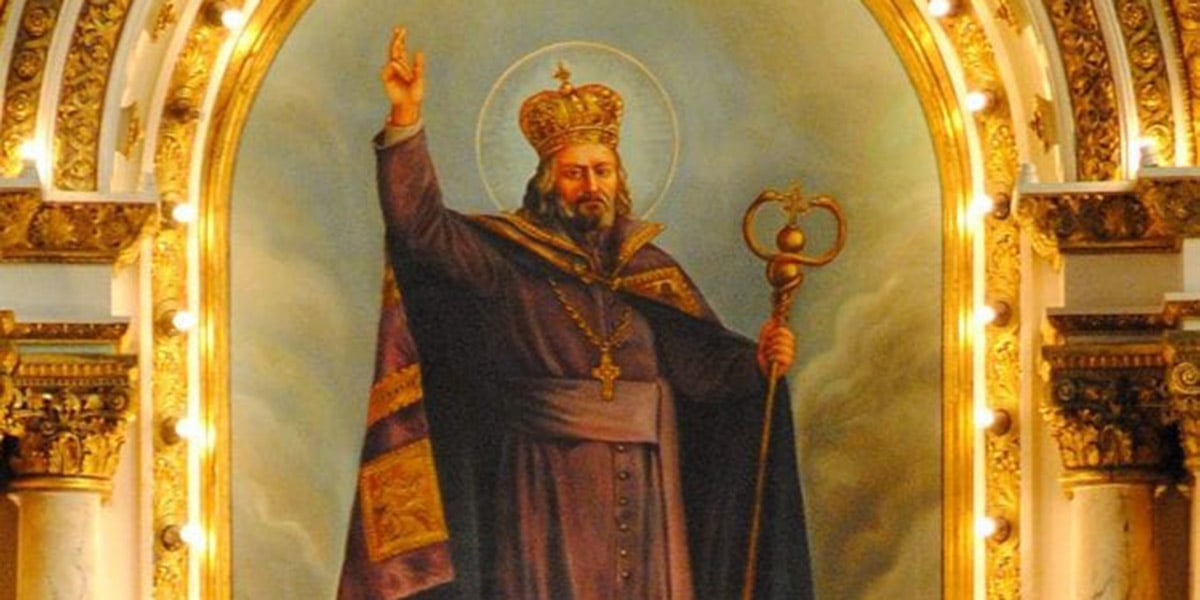 Pope Pius XI on St. Josaphat, martyr and apostle of unity.  Born in the Ukraine to Orthodox parents in 1580, St. Josaphat embraced the Catholic faith and became a Basilian monk. Ordained to the priesthood and chosen bishop of Polock, he worked for the unity of the Church around the chair of St. Peter. He was martyred in 1623.

In designing his Church God worked with such skill that in the fullness of time it would resemble a single great family embracing all men. It can be identified, as we know, by certain distinctive characteristics, notably its universality and unity.

Christ the Lord passed on to his apostles the task he had received from the Father: I have been given all authority in heaven and on earth. Go, therefore, and make disciples of all nations. He wanted the apostles as a body to be intimately bound together, first by the inner tie of the same faith and love which flows into our hearts through the Holy Spirit, and, second, by the external tie of authority exercised by one apostle over the others. For this he assigned the primacy to Peter, the source and visible basis of their unity for all time. So that the unity and agreement among them would endure, God wisely stamped them, one might say, with the mark of holiness and martyrdom.

Both these distinctions fell to Josaphat, archbishop of Polock of the Slavonic rite of the Eastern Church. He is rightly looked upon as the great glory and strength of the Eastern Rite Slavs. Few have brought them greater honor or contributed more to their spiritual welfare than Josaphat, their pastor and apostle, especially when he gave his life as a martyr for the unity of the Church. He felt, in fact, that God had inspired him to restore world-wide unity to the Church and he realied that his greatest chance of success lay in preserving the Slavonic rite and Saint Basil’s rule of monastic life within the one universal Church.

Concerned mainly with seeing his own people reunited to the See of Peter, he [Josaphat] sought out every available argument which would foster and maintain Church unity. His best arguments were drawn from liturgical books, sanctioned by the Fathers of the Church, which were in common use among Eastern Christians, including the dissidents. Thus thoroughly prepared, he set out to restore the unity of the Church. A forceful man of fine sensibilities, he met with such success that his opponents dubbed him “the thief of souls.”

This post on St. Josaphat, apostle of unity, is an excerpt from Pope Pius XI’s encyclical letter Ecclesiam Dei (AAS 15 [1923], 573-582).  It appears in the Roman Office of Readings for the liturgical memorial of St. Josaphat, bishop and martyr, on November 12.

Achille Ratti was ordained priest in 1879, and after teaching dogmatic theology in Milan and serving in the Papal diplomatic service, was made Cardinal Archbishop of Milan and, in 1922, Pope. Instituting the Feast of Christ the King in 1925, he made the theme of his pontificate the “Restoration of all things in Christ.”

Pius XI was a courageous man who squarely faced the greatest problems of his times. He denounced Nazism with his Encyclical written in German, Mit Brenneder Sorge and wrote an encyclical in Italian Non Abbiamo Bisogno that warned of the dangers of fascism. When the Anglican Church broke ranks with Christian tradition to allow the use of contraception in 1930, Pius XI responded with a beautiful encyclical extolling the nature of authentic Christian Marriage and sexuality, Casti Conubii. He died in 1939, on the eve of the outbreak of World War II. Biography by Dr. Italy