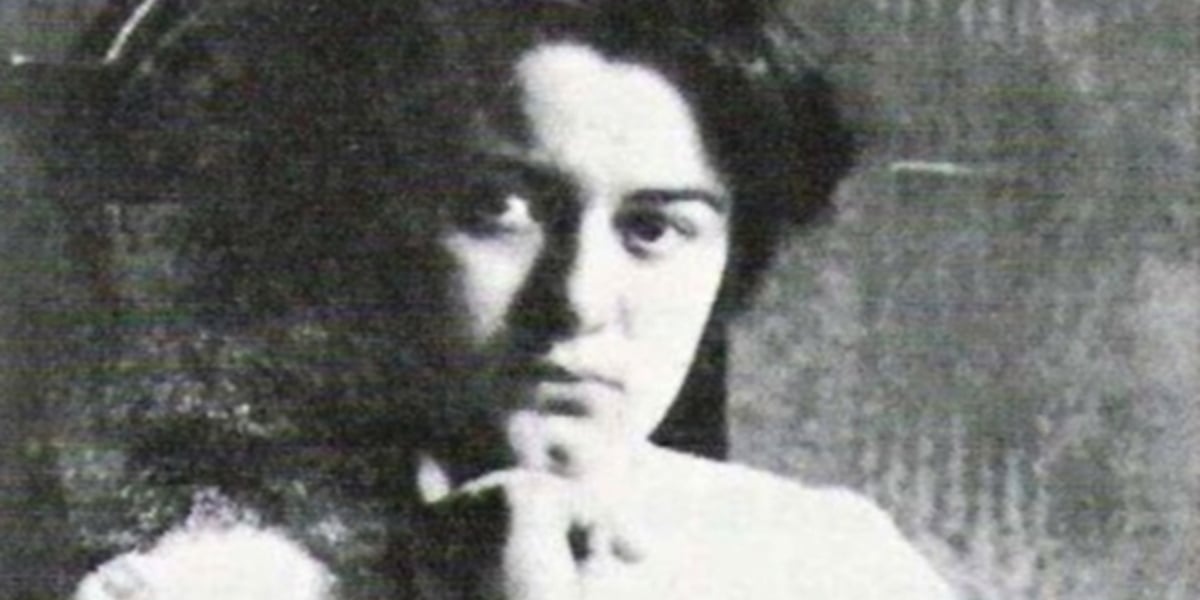 On October 1, 1999, Pope John Paul II declared Edith Stein, whose religious name was Teresa Benedicta of the Cross, as one of the co-patrons of Europe.  In the following excerpt from his decree, he explains the significance of his proclamation.

Edith Stein—Saint Teresa Benedicta of the Cross—. . . brings us to the heart of this tormented century, pointing to the hopes which it has stirred, but also the contradictions and failures which have disfigured it. Unlike [Saints] Bridget and Catherine [of Siena], Edith was not from a Christian family. What we see in her is the anguish of the search and the struggle of an existential “pilgrimage”. Even after she found the truth in the peace of the contemplative life, she was to live to the full the mystery of the Cross.

Edith was born in 1891 to a Jewish family of Breslau, which was then in German territory. Her interest in philosophy, and her abandonment of the religious practice which she had been taught by her mother, might have presaged not a journey of holiness but a life lived by the principles of pure “rationalism”. Yet it was precisely along the byways of philosophical investigation that grace awaited her: having chosen to undertake the study of phenomenology, she became sensitive to an objective reality which, far from ultimately dissolving in the subject, both precedes the subject and becomes the measure of subjective knowledge, and thus needs to be examined with rigorous objectivity. This reality must be heeded and grasped above all in the human being, by virtue of that capacity for “empathy”—a word dear to her—which enables one in some way to appropriate the lived experience of the other (cf. Edith Stein, The Problem of Empathy). 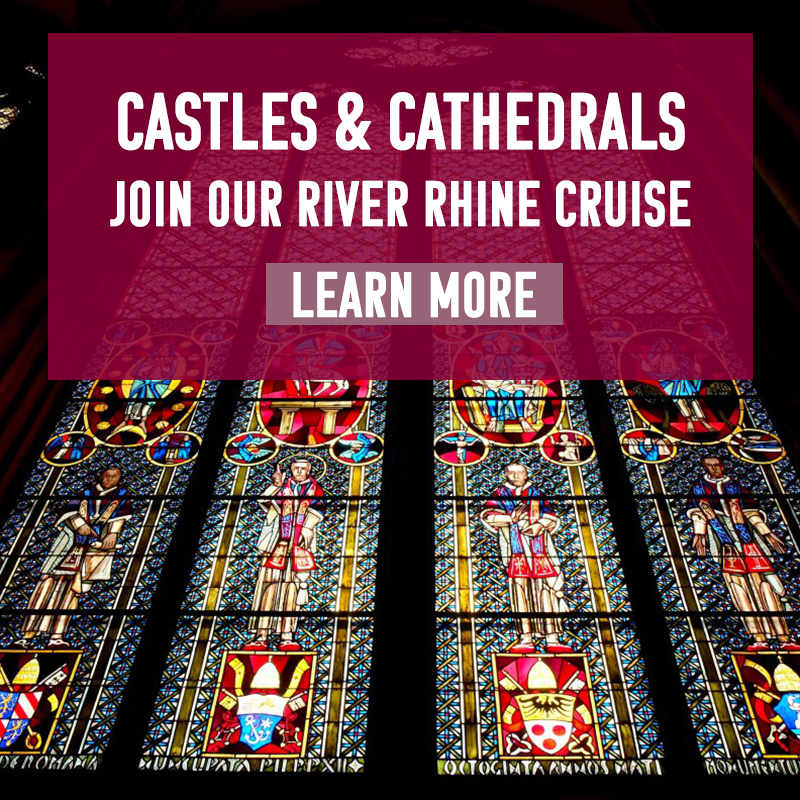 It was with this listening attitude that she came face to face, on the one hand, with the testimony of Christian spiritual experience given by Teresa of Avila and the other great mystics of whom she became a disciple and an imitator, and, on the other hand, with the ancient tradition of Christian thought as consolidated in Thomistic philosophy. This path brought her first to Baptism and then to the choice of a contemplative life in the Carmelite Order. All this came about in the context of a rather turbulent personal journey, marked not only by inner searching but also by commitment to study and teaching, in which she engaged with admirable dedication. Particularly significant for her time was her struggle to promote the social status of women; and especially profound are the pages in which she explores the values of womanhood and woman’s mission from the human and religious standpoint (cf. E. Stein, Woman. Her Role According to Nature and Grace).

Edith’s encounter with Christianity did not lead her to reject her Jewish roots; rather it enabled her fully to rediscover them. But this did not mean that she was spared misunderstanding on the part of her family. It was especially her mother’s disapproval which caused her profound pain. Her entire journey towards Christian perfection was marked not only by human solidarity with her native people but also by a true spiritual sharing in the vocation of the children of Abraham, marked by the mystery of God’s call and his “irrevocable gifts” (cf. Rom 11:29).

In particular, Edith made her own the suffering of the Jewish people, even as this reached its apex in the barbarous Nazi persecution which remains, together with other terrible instances of totalitarianism, one of the darkest and most shameful stains on the Europe of our century. At the time, she felt that in the systematic extermination of the Jews the Cross of Christ was being laid on her people, and she herself took personal part in it by her deportation and execution in the infamous camp of Auschwitz-Birkenau. Her voice merged with the cry of all the victims of that appalling tragedy, but at the same time was joined to the cry of Christ on the Cross which gives to human suffering a mysterious and enduring fruitfulness. The image of her holiness remains for ever linked to the tragedy of her violent death, alongside all those who with her suffered the same fate. And it remains as a proclamation of the Gospel of the Cross, with which she identified herself by the very choice of her name in religion.

Today we look upon Teresa Benedicta of the Cross and, in her witness as an innocent victim, we recognize an imitation of the Sacrificial Lamb and a protest against every violation of the fundamental rights of the person. We also recognize in it the pledge of a renewed encounter between Jews and Christians which, following the desire expressed by the Second Vatican Council, is now entering upon a time of promise marked by openness on both sides. Today’s proclamation of Edith Stein as a Co-Patroness of Europe is intended to raise on this Continent a banner of respect, tolerance and acceptance which invites all men and women to understand and appreciate each other, transcending their ethnic, cultural and religious differences in order to form a truly fraternal society.”

The above is an excerpt from paragraph 8 of the MOTU PROPRIO PROCLAIMING SAINT BRIDGET OF SWEDEN, SAINT CATHERINE OF SIENA AND SAINT TERESA BENEDICTA OF THE CROSS CO-PATRONESSES OF EUROPE

Karol Wojtyla, otherwise known as Pope John Paul II, was certainly one of the most widely talented and broadly experienced men ever to have occupied the chair of St. Peter. Born in 1920 to a devout Polish family of the town of Wadowice, Pope John Paul II endured the loss of his mother at age 9, the death of his only brother a few years later, and, amidst the horrors of the Nazi occupation, finally his beloved father. In the face of such tragedy, many would indulge in self-pity and would preoccupy themselves with self-preservation. Adversity had the opposite effect on Karol Wojtyla. He responded to it by giving of himself still more generously. And so, in his twenties, amidst forced labor in a quarry under the German conquerors, Karol entered a clandestine seminary and continued his studies under the oppression of the Communist “liberators.” Actor, athlete, philosopher, professor, pastor, and disciple, he became first a priest in 1946. He became chaplain to the students of the University of Cracow, who affectionately called him “Lolek.” He built a true community among them, frequently hiking and kayaking with them in the Polish countryside. He was in the middle of a kayaking trip with his students when he got the news that he had been named the youngest Polish auxiliary bishop of modern history (at age 38). It was in this capacity that the future Pope John Paul II traveled to Rome in 1962 to attend the first session of the Second Vatican Council. His holiness and brilliance being impossible to hide, he caught the eye of Pope Paul VI and was named Cardinal Archbishop of Cracow in 1967. Eleven years later, in October 1978, the world was stunned when he was elected the Successor of Peter, the first Polish Pope. His support for the Solidarity trade union and his visits as pope to his native land, enslaved by communism, is credited by many as the beginning of the end of the Soviet Communist empire in Eastern Europe. The new, creative initiatives of this extraordinary Pope are many – World Youth Day, the World Meeting of Families, Divine Mercy Sunday and devotion, the innovating way of explaining human sexuality known as the theology of the body. In the history of the papacy, no Pope has traveled more extensively or has written more profusely than Pope John Paul II. Only Pius IX and St. Peter himself pastored the universal church as long as he. While all previous popes of the twentieth century combined canonized 98 saints, Pope John Paul II himself canonized 464 saints during the course of his pontificate. Many have suggested that someday Pope John Paul’s name will be followed by “the Great,” an honor bestowed by popular acclamation upon only two prior popes, Popes St. Gregory I and St. Leo I. Biography by Dr. Italy Photograph by Zkoty1953. CC 3.0.