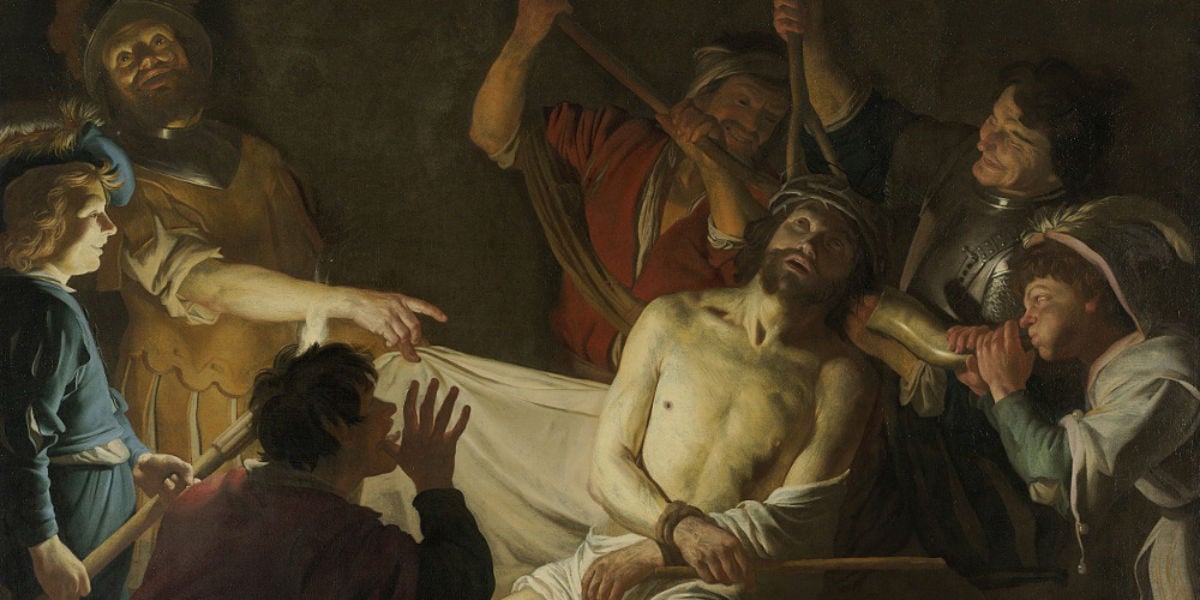 Some people give in when confronted with temptation in their lives. Some just do the best they can. In this week’s Gospel reading [the first Sunday in Lent] we have an inside look at how Jesus overcame temptation with God’s word.

Sin – Root of all Problems

When Jesus came on the scene in Israel 2,000 years ago, the Romans were occupying the land and Israel was feeling the weight of that oppressive government. The Jews were expecting the Messiah to come at anytime to liberate them. After all, great kings of Israel’s past had all demonstrated their leadership by confronting the enemy and bringing about a great victory. David defeated Goliath, Hezekiah kept the Assyrian army at bay, and Judas Maccabees led a revolt against the evil Seleucid dynasty. There was speculation that Jesus would lead a revolt against Rome and return Israel to her glory days.

Satan – The Devil as the Real Enemy

The first thing Jesus did in his public ministry was to confront the real enemy of Israel, the devil. In this week’s Gospel reading Jesus was led out into the wilderness where after 40 days he would withstand three temptations. In order to understand why Jesus faced these three particular temptations we need to understand that Jesus’ entire life was in essence a reliving of the history of Israel in the Old Testament.

Israel’s Temptations in the Wilderness

After escaping the bondage of Egypt, the children of Israel, during their 40 years in the wilderness, failed at three major temptations. Their first failure was refusing to trust God for their daily bread. They grumbled and blamed Moses for bringing them out from the “comfort” of their bondage in Egypt (Exodus 16). Their second failing involved their lack of trust to provide water for them (Exodus 17), and lastly the children of Israel broke their faith in God with the worship of the golden calf (Exodus 32). The story of these events are recapped in the book of Deuteronomy, the very book that Jesus quotes to the devil during his temptation in the wilderness.

Jesus, after 40 days and nights of fasting, was tempted by the devil to trust in himself rather than in his father in heaven. Instead of falling, like the children of Israel had, Jesus would be triumphant, re-enacting what he would do for the world on the cross: conquer sin and defeat the enemy.

Often our temptations will test our identity as sons and daughters of God. How often we think to ourselves, “If God really loved me, then I wouldn’t be in this situation.”

In the second temptation, the devil tries to trip up Jesus by getting him to tempt God by throwing himself off the pinnacle of the temple. Psalm 91 says, “He will give his angels charge of you, and on their hands they will bear you up, lest you strike your foot against a stone.” If Jesus would have jumped off of the temple, it would have been for the purpose of seeing if Psalm 91 were true. Jesus didn’t have to jump to prove his trust in the Father; he demonstrated it by trusting in God’s word. Jesus quotes Deuteronomy 6:16, “You shall not tempt the Lord your God.”

How many times do we test the Lord by saying, “Lord if you do so and so for me then I’ll know that you love me.”

In the third temptation the devil pulls out all stops to get Jesus to worship him. This corresponds to when Israel worshiped the golden calf in Exodus 32. Once again Jesus answers from Deuteronomy 6:13-14: “It is written, ‘You shall worship the Lord your God and him only shall you serve.”

In the end, Jesus is triumphant over these three temptations and the devil flees. Contained in this week’s Gospel reading is the secret to overcoming the various temptations we face. Knowing our identity as sons and daughters of God, we trust in him for all we need and rely on his word as assurance.

First, think about the areas of your life in which you experience temptation and commit those areas to Christ.

Second, combat the vices in your life by praying for and developing virtue. The list below will help you as a guide.

This article by Jeff Cavins originally appeared in Envoy Magazine and is reproduced here with the permission of the author.

Jeff Cavins is recognized both nationally and internationally as a public speaker and bible teacher who has a deep love for Jesus Christ and who communicates his zeal with clarity and enthusiasm. After twelve years as a Protestant pastor, Jeff Cavins returned to the Catholic Church under the guidance of Bishop Paul Dudley. Cavins received his MA in Theology from Franciscan University of Steubenville with Catechetical Certification. Prior to that, Jeff had received Bible training from Christ for the Nations Institute, Dallas, Texas and the Institute of Ministry, Bradenton, Florida. Cavins also graduated from Brown Institute, Minneapolis, Minnesota, a school for radio and television broadcasting.

For six years, Jeff produced and hosted “Life on the Rock,” a live talk show for young adults on EWTN and was the first host of Relevant Radio’s live, drive-time talk show called “Morning Air”. The story of Jeff’s return to the Catholic Church is now available in his autobiography, My Life on the Rock.  Over the past several years, Cavins developed a practical and extremely useful interactive bible timeline system – The Great Adventure: A Journey through the Bible published by Ascension Press which is being used currently in parishes all across North America.  Most recently, Jeff collaborated with Dr. Edward Sri and Marcellino D’Ambrosio (“Dr Italy”) to create the landmark video study on the person and work of Christ, Jesus, the Way, the Truth and the Life.  Jeff and his wife Emily reside in Minnesota with their three daughters, Carly, Jacqueline, and Antonia.