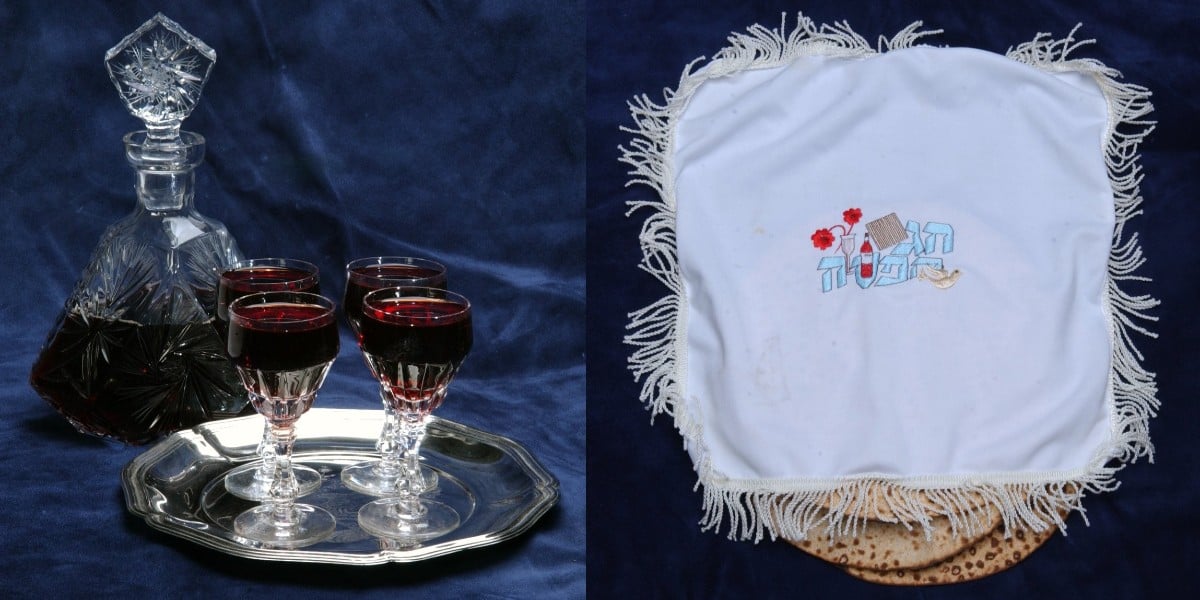 Passover, Thanksgiving and the Eucharist

Before thanksgiving was an American holiday, it was a hallmark of the Judeo-Christian tradition.  All ancient peoples gave thanks for creation; only Jews and Christians believe that God acted decisively in history to secure our liberation from slavery.  Eucharist simply means thanksgiving — and it is the supreme act of worship and thanks for the sacrifice that won our ultimate liberation.

For Americans, the term “Thanksgiving” conjures up images of turkey and cranberry sauce, parades and bowl games.  These are “traditions” that have come to mark an event made a perpetual institution of American life by President Abraham Lincoln.

But why did Lincoln proclaim the last Thursday in November as a national holiday?

Because it was clear to him that the blessings of food, land, family, and freedom enjoyed by Americans are all gifts from the Creator.  But Americans, he realized, had forgotten this.  A special day was needed for us to forget our differences and remember our blessings.  And from remembering naturally follows giving thanks to the Source of those blessings.

The Israelites had an annual Thanksgiving Feast, as well.  It was really a combination of two feasts, Passover and Unleavened Bread, and occurred in early spring.  This is when the first crop, barley, began to be harvested and when the ewes gave birth to their lambs.  The pagan Canaanites had already celebrated the feast of Unleavened Bread at this time to thank the gods for the harvest and offer them the first fruits as a sacrifice of gratitude.  The pagan Bedouins, wandering from place to place with their flocks, celebrated the spring gift of lambs by sacrificing some of them to the gods in gratitude for the gift of fertility.

The ancients did not need divine revelation to know that divine forces brought about the world and all its creatures.  That’s just plain common sense.  That we owe these divinities a debt of gratitude is justice, pure and simple.

But for the Jews, Passover was not just giving thanks for the blessings of creation.  For them, God was not just the author of nature with it seasons and life-cycles.

No, God was also the master of history.  Among all ancient peoples, only the Jews believed that God entered into human history, manifested his love and power, and acted decisively to save his chosen people.  So while the pagans thanked their gods for the blessings each Spring for food and fertility, the Israelites thanked the Lord for food, but even more, for freedom.  They remembered not only that creation comes from Him, but that salvation from slavery comes from him as well.  This remembering happens each year in a solemn way at a special Passover Meal that is the climax of the Jewish year.

On the night before he died, Jesus celebrated this solemn memorial by deepening its meaning yet further.  Liberation from Pharaoh’s oppression was certainly something to sing about.  But there was a crueler slavery that a change of geography and regime could not alter.  This slavery to Satan was kept in force through the shackles of sin.  Just as he acted through Moses to free his people from Pharaoh, God was now about to act decisively to liberate his people from the ancient curse.  He would act personally, not through proxies.

But this liberation would be costly.  The only way that it could be won would be if God were to give not only his blessings, but His very self.  To do this, God had become man, capable of offering the supreme sacrifice.  And before he did it in actual fact, he did it in sacrament by offering himself under the unassuming forms of bread and wine. Before delivering himself into the hands of the Romans to be their victim, he delivered himself into our hands to be our nourishment.

For his aim was not just to open the way to future bliss in heaven.  His aim was to pour into our wounds the Balm of Gilead that would begin the healing process here and now.  The bite of the serpent had injected venom.  His body and blood would be the antidote, the “medicine of immorality” in the words of St. Ignatius of Antioch.

Love Poured Out as Blood

Blood brings nourishment and life to every cell of our bodies.  It also carries away impurities that poison our system.  The Eucharist offers us a transfusion–we put aside our old life and receive his ever-new life.  His divine vitality for our tired, toxic blood.  The life of a thing was in its blood.  It was poured out at the foot of the altar and could never be consumed, for it belonged to God alone.  But here God pours out his own blood at the altar of the cross gives it to us as our drink, for the transformation of our lives.

“Do this in memory of me.”  We are commanded to remember the supreme love of Christ for us that holds nothing back, that gives everything for our freedom.  So naturally the sacrificial banquet of remembrance is called the Eucharist, or “thanksgiving.”  The priest introduces the great central prayer of the celebration with these words: “let us give thanks to the Lord our God.”  And we respond “it is right and just.”

During the Eucharistic Prayer, I always silently add in thanks for my personal blessings. I think of the natural blessings of home and work, of food on the table and the health of my family. I also thank God for my own salvation history, especially for plucking me out of danger as a teenage, running with a wild crowd.  I thank God for bringing me together with a woman who loves him and loves me, and for having kept us faithful to him and each other for many years. I thank him for our own family’s salvation history.

If you haven’t already established the habit of adding your personalized thank-you’s to the priest’s Eucharistic Prayer, try it next time you’re at Mass. It’s a very appropriate mode of participating in that part of the Eucharist.

But true thanksgiving is not just a matter of words and warm sentiments. Gratitude for a gift means offering a gift in return.  He gave his whole, entire self to us–his body, blood, soul, divinity.  The only adequate response would be to offer ourselves.  Note what Paul says in his letter to the Romans: “I appeal to you therefore, brethren, by the mercies of God, to present your bodies as a living sacrifice, holy and acceptable to God, which is your spiritual worship” (Rom. 12:1).

So thanksgiving cannot be separated from sacrifice.  The Mass is a celebration of his love and the freedom it won for us through his sacrifice.  Through it, the love of God is poured into our hearts and enables us to love with his love.  In the power of that love, we offer ourselves back to him and enter into that sacrifice which we celebrate.  True thanksgiving means self-giving.  This is the meaning of Eucharist.