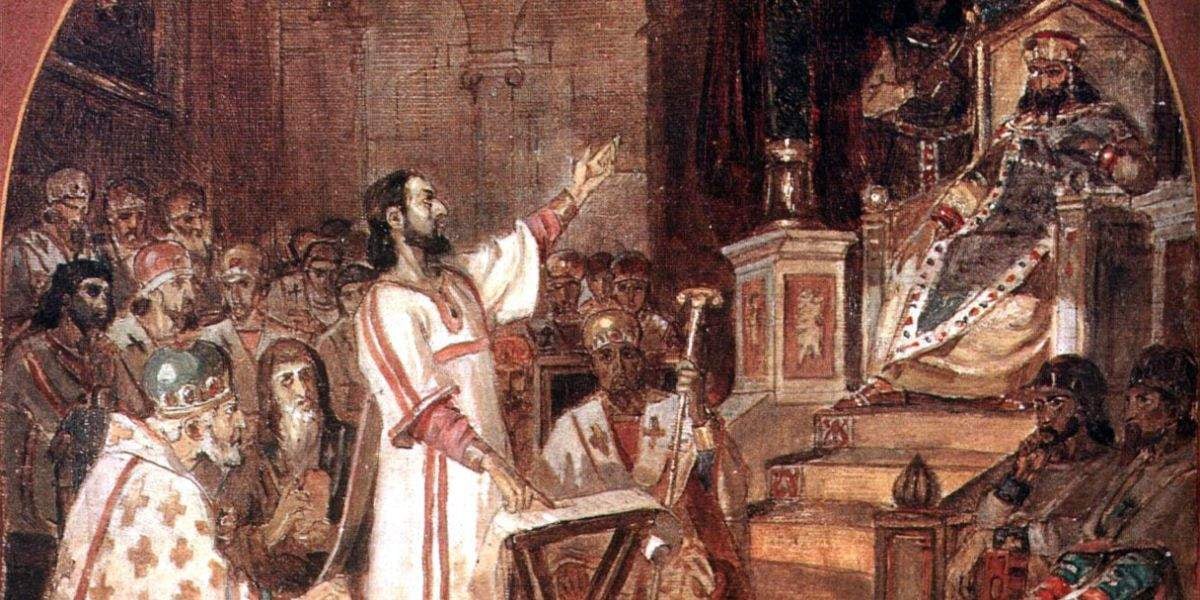 What makes a particular Church Council Ecumenical?  How many have fit this definition down through history, and what is their importance and authority?  The Catholic and Orthodox Churches have related but somewhat different answers to these questions.

Catholic theologians recognizes a total of 21 Ecumenical councils (there is no officially binding list) the last fourteen of which took place in the West.  The Eastern Orthodox recognize only these first seven as being truly ecumenical or universal since they happened before the eastern and western patriarchates were rent by the thousand-year schism which has yet to be healed.  For Catholic theologians, a council is deemed ecumenical if it is approved and recognized by the pope to be such.  The Orthodox require that a council be approved by the Patriarchs of Rome (the Pope), Constantinople, Antioch, Alexandria, and Jerusalem to be authentically ecumenical.  This is known as the theory of the Pentarchy, or government by the five ancient patriarchates.

These ancient councils, besides their important doctrinal definitions, also promulgated canons or laws governing the discipline of the churches (e.g., liturgical laws, etc.) which, though important in their day, are not understood by the Catholic church as “irreformable” or unchangeable in the way that the doctrinal decisions are.  Here is the list of the first seven ecumenical councils accepted by Catholics, Orthodox, and many Protestant Christians: