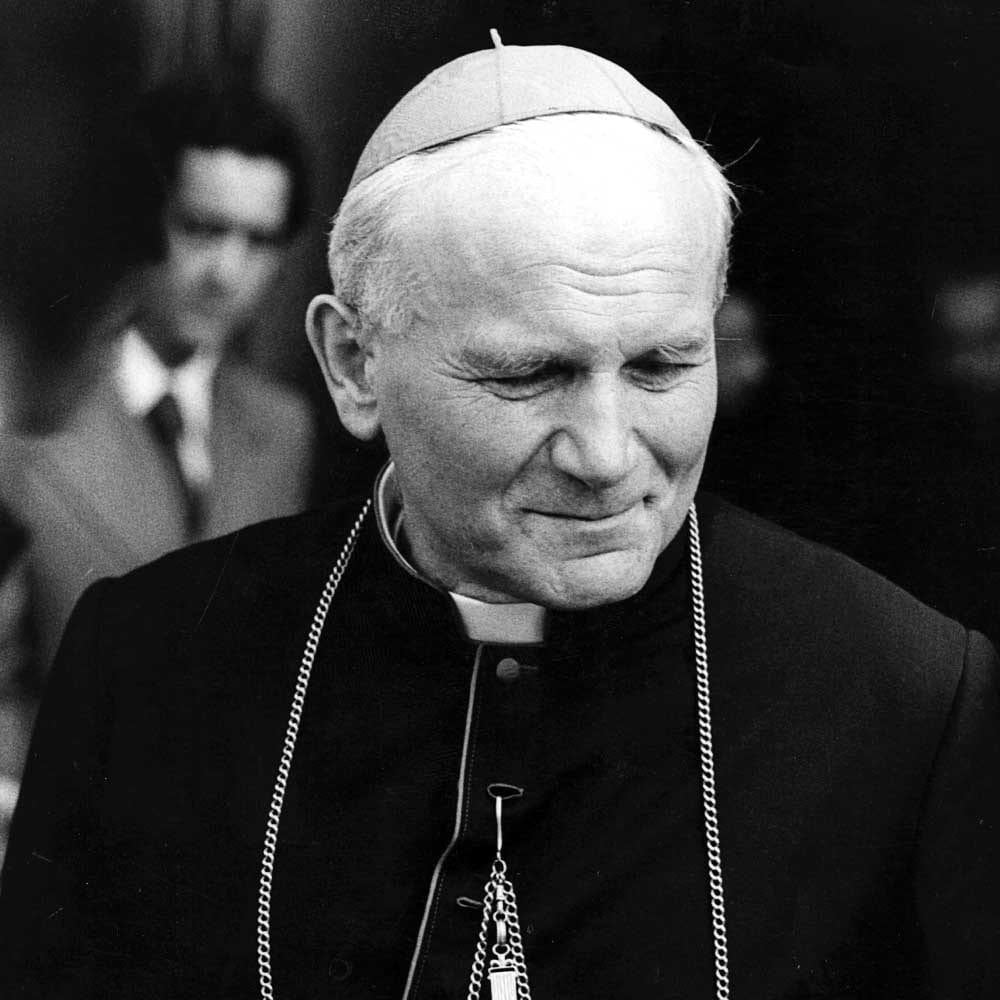 New Haven — On June 3, 1979, a few months after Cardinal Karol Wojtyla became the first Slavic pope, he set out as the vision of his pontificate “that this Polish pope, this Slav pope, should at this precise moment manifest the spiritual unity of Christian Europe,” even though “there are two great traditions, that of the West and that of the East,” with roots in Old Rome and “in the New Rome, at Constantinople.”

He spoke these words at a time when all the Slavic peoples, whether Orthodox or Catholic (or Protestant) were subject to the atheist tyranny of Marxism-Leninism, and one of his principal contributions to the realization of that vision was, in his native Poland but with ripple effects throughout the Soviet empire, to help set in motion powerful impulses of the mind and spirit – and of the Spirit -that would bring down the walls and topple the regimes. The relative importance of that contribution in comparison with Mikhail Gorbachev’s glasnost and Ronald Reagan’s defiance will continue to be debated by historians. But he did manage, by a curious form of divine irony, to answer the question attributed long before to Stalin: “How many divisions does the pope command?” The spiritual rebirth of all the churches of Slavic Europe, which is going on even as we speak, is a major consequence of that revolution.

With several Eastern churches his vision of spiritual unity has made significant progress. With the Assyrian Church of the East, traditionally referred to as the Nestorian Church, he signed a declaration in 1994 in which it was agreed that “the controversies of the past led to anathemas” and that “the divisions brought about in this way were due in large part to misunderstandings.” Two years later, in 1996, he signed a similar declaration with Catholicos Karekin I of the Armenian Apostolic Orthodox Church, acknowledging that “linguistic, cultural and political factors have immensely contributed towards the theological divergences that have found expression in their terminology of formulating their doctrines” and expressing the shared “hope for and commitment to recovery of full communion between them.” There have been several noteworthy expressions of mutual charity and respectful visits between this pope and Bartholomew, the ecumenical patriarch of Constantinople, cordial enough to elicit criticism from isolationist elements in the various Orthodox churches.

The least progress toward reconciliation has occurred in relations with the Orthodox Church of Russia. The end of Communist rule has brought with it a rebirth of the rivalry and mutual recrimination that have been tearing Slavic Europe apart ever since its conversion to Christianity more than a millennium ago by St. Cyril and St. Methodius of Thessalonica. The Venerable Bede gave the Gospel credit for unifying the peoples of Britain, but we Slavs are the only people to have been divided by the Gospel: whether to follow Cyril and Methodius in their affiliation with Constantinople (and therefore a Slavonic liturgy and autonomous national churches), or to follow them in their appeal to the authority of the bishop of Rome (and therefore a Latin liturgy and the centralized authority of the papacy).

The Bulgarians, Russians, Serbs and Ukrainians chose the first alternative; Croats, Czechs, Poles and Slovaks the second. The most ambitious attempt to heal that schism came in 1596, with the Union of Brest, in which several dioceses of theChurch of Ukraine accepted the authority of the papacy while retaining their own liturgy and canon law. But the adherents of this union (disparagingly named “Uniats”) have also been a major source of hostility between East and West. Ruthlessly persecuted by Stalin and forcibly reunited to the Orthodox patriarchate of Moscow, they regained their freedom and their properties only after the fall of Communism.

But as a consequence of the latter-day struggle over those properties and, more broadly, of obstreperous tactics from all directions, everyone’s old suspicions have been confirmed. After decades of neglect (and worse), churches were in serious disrepair, but whose responsibility was it to put them back into shape for worship, the Orthodox or the Greek Catholics? As in any ancient feud, it is impossible to roll things back to status quo ante and to fix the blame.

For the old pope, this dispute was a major source of heartbreak. As he said to me at Castel Gandolfo a few months after I had been received into the Orthodox Church, he always believed that ever since the schism of 1054, “Western Christendom has been breathing on one lung.” But, he was implying, so has Eastern Christendom! When so many of the historic sources of division between them have proved to be negotiable (even the central doctrinal question of the source of the Holy Spirit) and when, in the encyclical “Ut Unum Sint” (“That They May Be One”), this pope opened the question of papal primacy up for discussion, one cannot escape the feeling that everyone has missed a great opportunity.

Schisms, like divorces, take a long time to develop – and reconciliations take even longer. It will be a celebration of the legacy of Pope John Paul II and an answer to his prayers (and to those of all Christians, beginning with their Lord himself) if the Eastern and Western churches can produce the necessary mixture of charity and sincere effort to continue to work toward the time when they all may be one.
Jaroslav Pelikan, professor emeritus of history at Yale, is the author of the five-volume history “The Christian Tradition.”  This article first appeared in the New York Times

Jaroslav Pelikan is an internationally distinguished scholar of the history of Christianity and medieval intellectual history. He joined the Yale faculty in 1962 as the Titus Street Professor of Ecclesiastical History and in 1972 was appointed to the Sterling Professorship. He served as acting dean and then dean of the Graduate School 1973-78 and was the William Clyde DeVane Lecturer 1984-86 and in the fall of 1995. His more than 30 books include the acclaimed five-volume work The Christian Tradition. His numerous awards include the Graduate School’s 1979 Wilbur Cross Medal and the Medieval Academy of America’s 1985 Haskins Medal. In 1983 the National Endowment for the Humanities selected Professor Pelikan to deliver the 12th annual Jefferson Lecture in the Humanities, the highest honor conferred by the federal government for outstanding achievement in the humanities. In 1992-93 he presented the Guifford Lectures in Scotland, an honor considered comparable to winning the Nobel Prize. He has been editor of the religion section of Encyclopedia Britannica, and in 1980 he founded the Council of Scholars at the Library of Congress. His numerous professional affiliations also include the American Academy of Arts and Sciences, of which he is president. Two years ago President Bill Clinton appointed Professor Pelikan to serve on the President’s Committee on the Arts and Humanities.