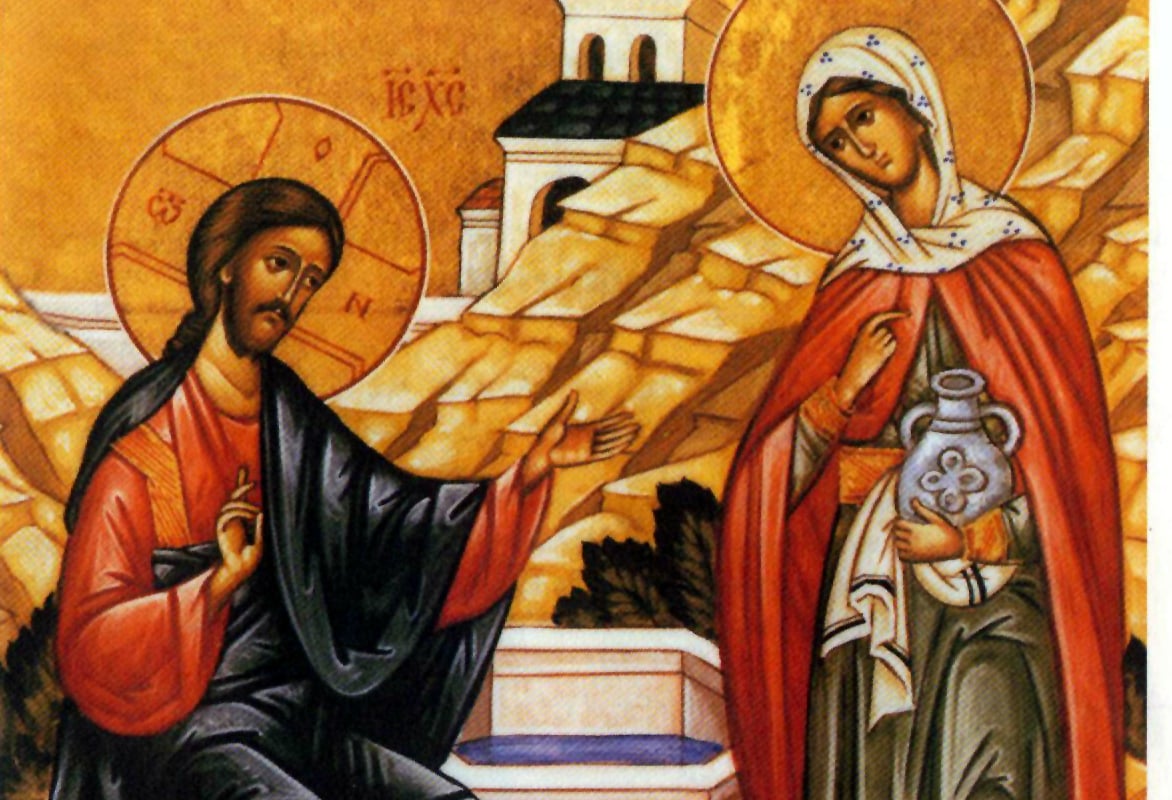 The Samaritan Woman At the Well – Augustine

St. Augustine here reflects on the famous conversation in the Gospel of John between Jesus and the Samaritan woman who came to draw water from the well.  He sees her as a symbol for the Gentiles who are called to conversion and faith and who are promised the gift of the Holy Spirit in abundance.

A woman came. She is a symbol of the Church not yet made righteous. Righteousness follows from the conversation. She came in ignorance, she found Christ, and he enters into conversation with her. Let us see what it is about, let us see why a Samaritan woman came to draw water. The Samaritans did not form part of the Jewish people: they were foreigners. The fact that she came from a foreign people is part of the symbolic meaning, for she is a symbol of the Church. The Church was to come from the Gentiles, of a different race from the Jews.

We must then recognise ourselves in her words and in her person, and with her give our own thanks to God. She was a symbol, not the reality; she foreshadowed the reality, and the reality came to be. She found faith in Christ, who was using her as a symbol to teach us what was to come. She came then to draw water. She had simply come to draw water; in the normal way of man or woman.

The Samaritans were foreigners; Jews never used their utensils. The woman was carrying a pail for drawing water. She was astonished that a Jew should ask her for a drink of water, a thing that Jews would not do. But the one who was asking for a drink of water was thirsting for her faith. 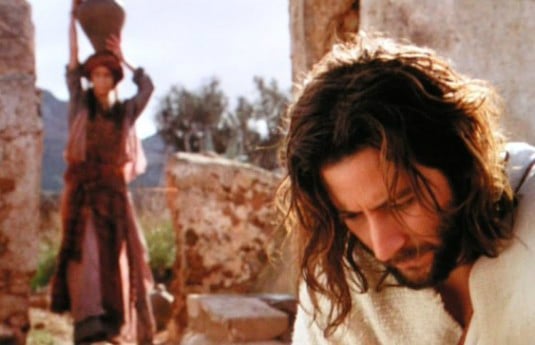 Listen now and learn who it is that asks for a drink. Jesus answered her and said: If you knew the gift of God, and who it is that is saying to you, “Give me a drink”, perhaps you might have asked him and he would have given you living water.

He asks for a drink, and he promises a drink. He is in need, as one hoping to receive, yet he is rich, as one about to satisfy the thirst of others. He says: If you knew the gift of God. The gift of God is the Holy Spirit. But he is still using veiled language as he speaks to the woman and gradually enters into her heart. Or is he already teaching her? What could be more gentle and kind than the encouragement he gives? If you knew the gift of God, and who it is that is saying to you, “Give me a drink”, perhaps you might ask and he would give you living water.

What is this water that he will give if not the water spoken of in Scripture: With you is the fountain of life? How can those feel thirst who will drink deeply from the abundance in your house?

He was promising the Holy Spirit in satisfying abundance. She did not yet understand. In her failure to grasp his meaning, what was her reply? The woman says to him: Master, give me this drink, so that I may feel no thirst or come here to draw water. Her need forced her to this labor, her weakness shrank from it. If only she could hear those words: Come to me, all who labor and are burdened, and I will refresh you. Jesus was saying this to her, so that her labors might be at an end; but she was not yet able to understand.

This reflection on the conversation between Jesus and the Samaritan Woman at the Well (John 4:7-42) is used in the Roman Office of Readings for Sunday of the third week in Lent. It is taken from Augustine’s Treatise on the Gospel of John (Tract. 15, 10-12, 16-17: CCL 36, 154-156) written by St. Augustine in the early 5th Century.

St. Augustine, born in Roman N. Africa to a devout Catholic mother and a pagan father, was a notoriously rebellious Catholic teenager who cohabitated with a girlfriend, joined an exotic Eastern cult, and ran away from his mother. Augustine became a brilliant and renowned teacher of public speaking and was appointed by the emperor to teach in Milan, Italy, at that time the administrative capital of the Western Roman Empire. While there, he happened to hear the preaching of the bishop of Milan, Ambrose, who baptized him in 386. St. Augustine ultimately renounced his secular career, put away his mistriss, and became first a monk, then a priest, then the bishop of Hippo, a small town on the N. African Coast. The voluminous writings of this Early Church Father span every conceivable topic in theology, morality, philosophy, and spirituality. St. Augustine of Hippo is commonly recognized as the great teacher in the Western Church between the New Testament and St. Thomas Aquinas.