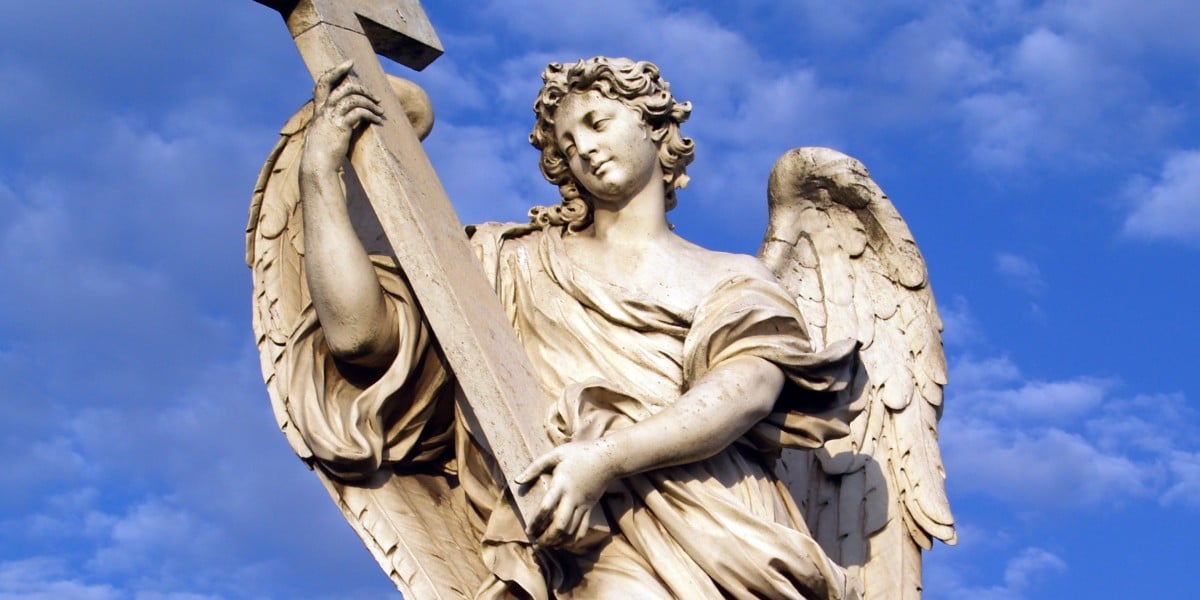 Triumph & Exaltation of the Holy Cross – Andrew of Crete

St. Andrew of Crete (8th Century) proclaims the victory, glory, and triumph of Christ crucified for the Feast of the Exaltation of the Holy Cross on September 14, the day that the stolen relics of the true crucifixion were returned to Jerusalem in the early 7th century.

We are celebrating the feast of the cross which drove away darkness and brought in the light.

Lifted up with Christ Crucified

As we keep this feast, we are lifted up with the crucified Christ, leaving behind us earth and sin so that we may gain the things above. So great and outstanding a possession is the cross that he who wins it has won a treasure. Rightly could I call this treasure the fairest of all fair things and the costliest, in fact as well as in name, for on it and through it and for its sake the riches of salvation that had been lost were restored to us.

Therefore, the cross is something wonderfully great and honorable. It is great because through the cross the many noble acts of Christ found their consummation – very many indeed, for both his miracles and his sufferings were fully rewarded with victory. The cross is honorable because it is both the sign of God’s suffering and the trophy of his victory. It stands for his suffering because on it he freely suffered unto death. But it is also his trophy because it was the means by which the devil was wounded and death conquered; the barred gates of hell were smashed, and the cross became the one common salvation of the whole world.

The cross is called Christ’s glory; it is saluted as his his triumph. We recognize it as the cup he longed to drink and the climax of the sufferings he endured for our sake.

As to the cross being Christ’s glory, listen to his words: Now is the Son of Man glorified, and in him God is glorified, and God will glorify him at once. And again: Father, glorify me with the glory I had with you before the world came to be. And once more: Father, glorify your name. Then a voice came from heaven: “I have glorified it and will glorify it again”. Here he speaks of the glory that would accrue to him through the cross.

This excerpt from one of St. Andrew’s discourses on the glory and victory of Christ crucified (Oratio 10 in Exaltatione sanctae crucis: PG 97, 1018-1019, 1022-23) is used in the Roman Catholic Office of Readings on September 14, the Feast of the Exaltation, triumph, and victory of the Holy Cross. The corresponding biblical reading is taken from St. Paul’s Letter to the Galatians (Gal 2:19-3:7-14 and 6:14-16).

St. Andrew of Crete (c. 660-740) was born around 660 AD in Damascus and eventually entered monastic life at Mar Saba. He later served at the Church of the Holy Sepulchre in Jerusalem, and was ordained a deacon at the great cathedral of Constantinople and mother Church of Eastern Christendom, Hagia Sophia, around 685. Always exhibiting great pastoral solicitude for orphans, widows, and the aged, Saint Andrew spent his last days as Archbishop of Gortyna on Crete, a position to which he was elevated in 692. Attrbuted by many with the invention of the canon as a style of religious writing, his works display not only great rhetorical skill, but an incomparable depth of theological understanding. He is considered one of the great spiritual writers on the theme of repentance, and his Great Canon, prayed during Lent in the Eastern Churches of Byzantine tradition, stands as a great testimony to man’s repentant cry to God, our merciful Father. Saint Andrew of Crete is numbered among those great Christian writers known as the Early Church Fathers or “Fathers of the Church.” Biography by Dr. Italy