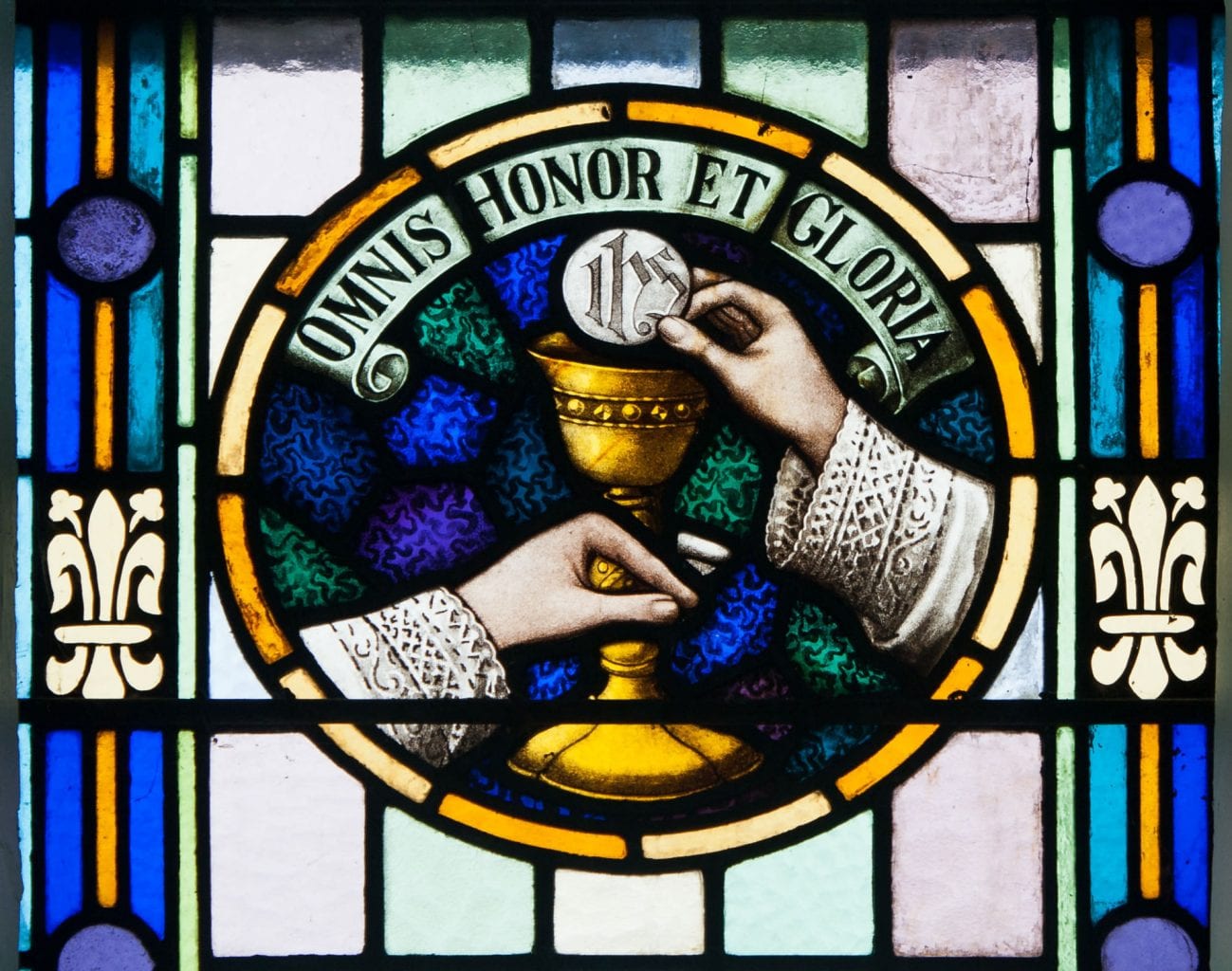 Vatican II Constitution on the Liturgy – Excerpts on the Eucharist

The following are excerpts from Vatican II’s Constitution on the Sacred Liturgy (Sacrosanctum Concilium) that pertain to the Mass and the sacrament of the eucharist.

CHAPTER I: GENERAL PRINCIPLES FOR THE RESTORATION AND PROMOTION OF THE SACRED LITURGY

But [Jesus] also willed that the work of salvation which [the apostles] preached should be set in train through the sacrifice and sacraments, around which the entire liturgical life revolves. Thus by Baptism men are grafted into the paschal mystery of Christ; they die with him, are buried with him and rise with him. [16] They receive the spirit of adoption as sons “in which we cry, Abba, Father” (Rom. 8:15) and thus become true adorers such as the Father seeks. [17] In like manner as often as they eat the Supper of the Lord they proclaim the death of the Lord until he comes. [18] That was why on the very day of Pentecost when the Church appeared before the world those “who received the word” of Peter “were baptized.” And “they continued steadfastly in the breaking of bread and in prayers … praising God and being in favor with all the people” (Acts 2:41-47). From that time onward the Church has never failed to come together to celebrate the paschal mystery, reading those things “which were in all the scriptures concerning him” (Lk. 24:27), celebrating the Eucharist in which “the victory and triumph of his death are again made present,”[19] and at the same time “giving thanks to God for his inexpressible gift” (2 Cor. 9:15) in Christ Jesus, “in praise of his glory” (Eph. 1:12) through the power of the Holy Spirit.

We also learn from the same apostle that we must always carry around in our bodies the dying of Jesus, so that the life also of Jesus may be made manifest in our mortal Flesh. [31] That is why we beg the Lord in the Sacrifice of the Mass that “receiving the offering of the Spiritual Victim” he may fashion us for Himself “as an eternal gift.” [32]

III THE REFORM OF THE SACRED LITURGY

(2) In virtue of power conceded by law, the regulation of the liturgy within certain defined limits belongs also to various kinds of bishops’ conferences, legitimately established, with competence in given territories.

(3) Therefore no other person, not even a priest, may add, remove, or change anything in the liturgy on his own authority.

B. NORMS DRAWN FROM HIERARCHIC AND COMMUNAL NATURE OF THE LITURGY

CHAPTER II: THE MOST SACRED MYSTERY OF THE EUCHARIST

These excerpts from Vatican II are from the Second Vatican Council’s Constitution on the Sacred Liturgy, Sacrosanctum Concilium.  It was the first conciliar Constitution to be promulgated by Pope Paul VI in 1963.