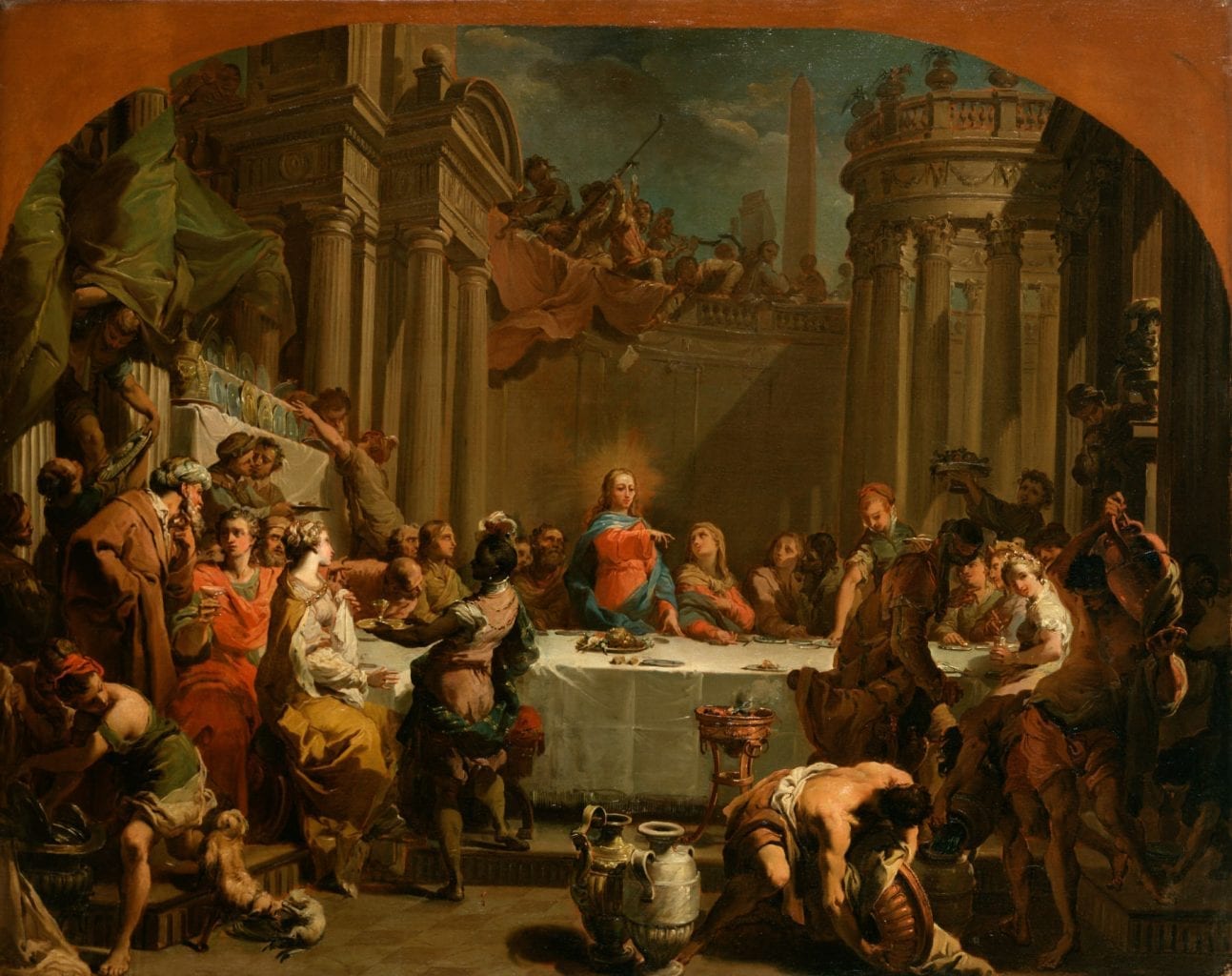 Early Church Father Faustus of Riez on the transformation of water into wine at the wedding feast of Cana – baptism and the new covenant are foreshadowed in this mysterious event.

On the third day there was a wedding. What wedding can this be but the joyful marriage of man’s salvation, a marriage celebrated by confessing the Trinity or by faith in the resurrection. That is why the marriage took place “on the third day,” a reference to the sacred mysteries which this number symbolizes.

The Wedding Garments of the Bridegroom

Hence, too, we read elsewhere in the Gospel that the return of the younger son, that is, the conversion of the pagans, is marked by song and music and wedding garments.

Like a bridegroom coming from his marriage chamber our God descended to earth in his incarnation, in order to be united to his Church which was to be formed of the pagan nations. To her he gave a pledge and a dowry: a pledge when God was united to man; a dowry when he was sacrificed for man’s salvation. The pledge is our present redemption; the dowry, eternal life.

SIgns of Baptism, our Second Birth

To those who see only with the outward eye, all these events at Cana are strange and wonderful; to those who understand, they are also signs. For, if we look closely, the very water tells us of our rebirth in baptism. One thing is turned into another from within, and in a hidden way a lesser creature is changed into a greater. All this points to the hidden reality of our second birth. There water was suddenly changed; later it will cause a change in man.

By Christ’s action in Galilee, then, wine is made, that is, the law withdraws and grace takes its place; the shadows fade and truth becomes present; fleshly realities are coupled with spiritual, and the old covenant with its outward discipline is transformed into the new. For, as the Apostle says: The old order has passed away; now all is new! The water in the jars is not less than it was before, but now begins to be what it had not been; so too the law is not destroyed by Christ’s coming, but is made better than it was.

Law of the New Covenant

Thy good wine, that is, good precepts, refers to the law; thus we read: You shall love your neighbor but hate your enemy. But the Gospel is a better and a stronger wine: My command to you is: love your enemies, pray for your persecutors.

This excerpt from an Epiphany Sermon by Faustus of Riez (Sermo 5, de Epiphania 2: PLS 3, 560-562) is used in the Roman Office of Readings for the Saturday between the Feast of the Epiphany and the Feast of the Baptism of the Lord.

Faustus, probably of British or Breton origin, lived during the days of the decline and fall of the Western Roman Empire. He found his way to the south of Gaul (now France) and entered the famous monastery of Lerins. In 433AD, he succeeded Maximus as abbot of that monastery. Around the year 459 he became bishop of Riez, a town in Provence called “Rhegium” by the Romans. He resisted the Arianism of the conquering barbarians, strongly asserting the divinity of Christ and His full equality with God the Father. Like John Cassian, he championed the doctrine of free will and the necessity of human cooperation with divine grace, though his teaching needed to be somewhat nuanced and refined by the later Council of Orange in 529AD. Many of his wonderful sermons have survived and though he is one of the lesser known of the Early Church Fathers, he is revered as a saint in the southern part of France. St. Faustus died around the year 490AD. Biography by Dr. Italy