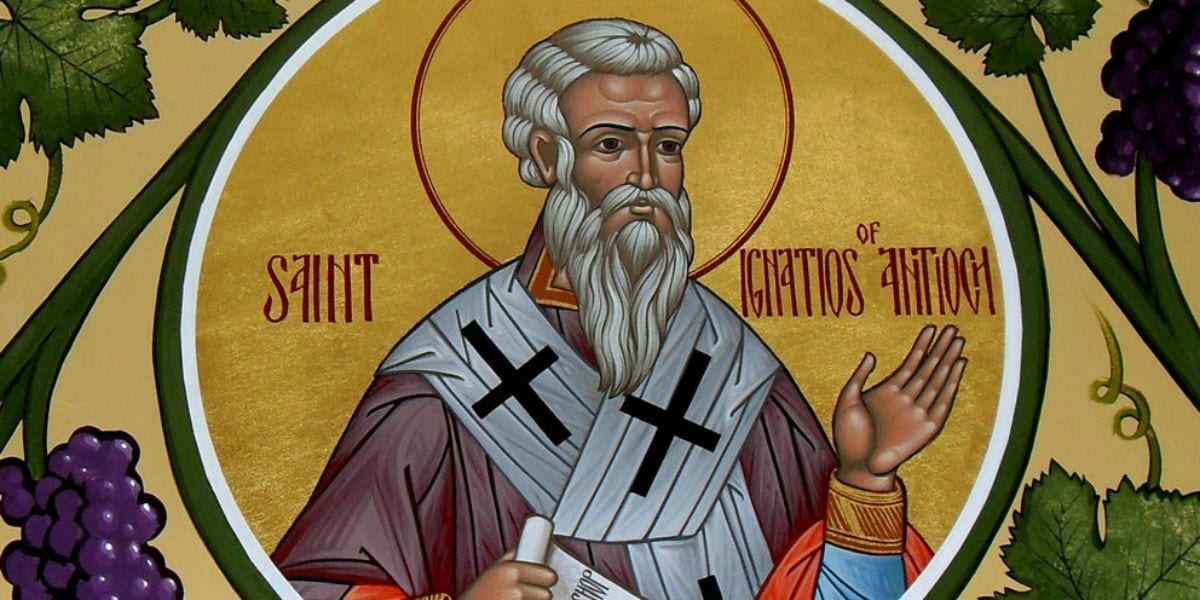 A 17 minute podcast in which Sonrise Morning show host Anna Mitchell asks Dr. Italy questions about the amazing 2nd Century bishop and martyr, Ignatius of Antioch, the subject of one of the chapters of his book When the Church Was Young: Voices of the Early Fathers.

Ignatius of Antioch, whom the Church remembers on October 17, is one of the most important of the apostolic fathers, the Fathers of the Church who lives overlapped the lives of the last of the apostles.  Ignatius was, in fact, only the second successor of Peter, Paul, and Barnabas in the important city of Antioch, where the followers of Jesus were called Christians for the first time.  He is, therefore, a crucial link between us and the generation of the apostles who preceded him, a witness to the apostolic tradition. Ignatius was apprehended by the Roman authorities and sentenced to die in the arena in Rome.  He was chained to a squad of brutal soldiers and marched overland from Antioch to the Northwest coast of Turkey.  Along the way, local Christian churches sent delegations to meet with him.  Ignatius afterwards wrote seven short letters to these various churches in which he gives us a window into the soul of an early Christian martyr on his way to execution.  In this podcast we talk about the kinds of things he thought it was important to say as his “parting shot” to the Christians of Asia and Rome.  His comments touch on matters such as the divinity and humanity of Christ, Christian Unity, the eucharist, heresy, the structure of the local church, the meaning of martyrdom and much more.

Dr. Italy appears weekly on the Sonrise Morning show, a production of Sacred Heart Radio.  This show is broadcast Monday through Friday over the EWTN Global Catholic Radio network which has over 500 local affiliate stations in the US and around the world.  Podcasts from the Sonrise Morning show are available on both Sacred Heart radio site and www.crossroadsinitiative.com.