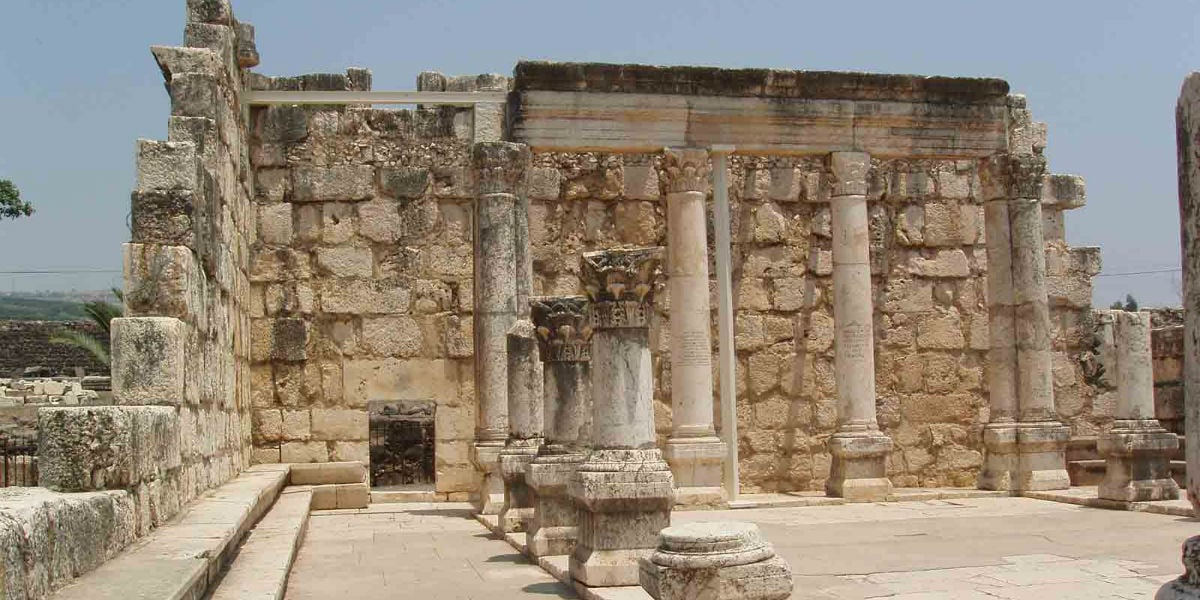 7 minute podcast discussing Capernaum, the central town in the Galilean ministry of Jesus and the disciples.  Home of Andrew and Peter, Capernaum was the site of some of the most powerful stories in the four gospels.

Though Jesus grew up in Nazareth, a hill-town in the Galilee Mountains, he moved immediately after his baptism.  He chose to make Capernaum, the town of Andrew and Peter, the headquarters of his Galilean ministry.  A fishing town right on the Northern shore of the Sea of Galilee, Capernaum was a strategic location.  It was a toll stop on the important international trade route connecting Egypt with Damascus.  Called the Via Maris or way of the sea, this road would have been constantly crowded with caravans who had to stop and pay tolls as they crossed the frontier from the territory of Herod Antipas to the jurisdiction of his half-brother, Philip.  Because of this, it was a great place not only for fishermen, like Peter and Andrew, but for tax and toll collectors, like Levi, also known as Matthew.  Capernaum was so central in the ministry of Jesus that it is referred to as “his town” and “home.”

House of Simon Peter and Andrew

Many of the events in the gospels took place in Capernaum.  The famous centurion whose servant Jesus healed had funded the building of the synagogue there.  That synagogue, ruins of which are still standing today, was the site of the famous Bread of Life discourse as well as of the healing of a possessed man.

Only twenty yards away was located the courtyard house of Peter and Andrew, where Jesus healed Simon Peter’s mother-in-law and many other sick.  It was probably through the roof of one of the structures in this compound that the paralytic was lowered to be healed and forgiven by Jesus.  Excavations have located this house which was turned into a chaped not long after Peter’s martyrdom in Rome around 64 AD.  Ruins of a 5th century octagonal church built over this house-chapel can be seen by those who visit Capernaum. 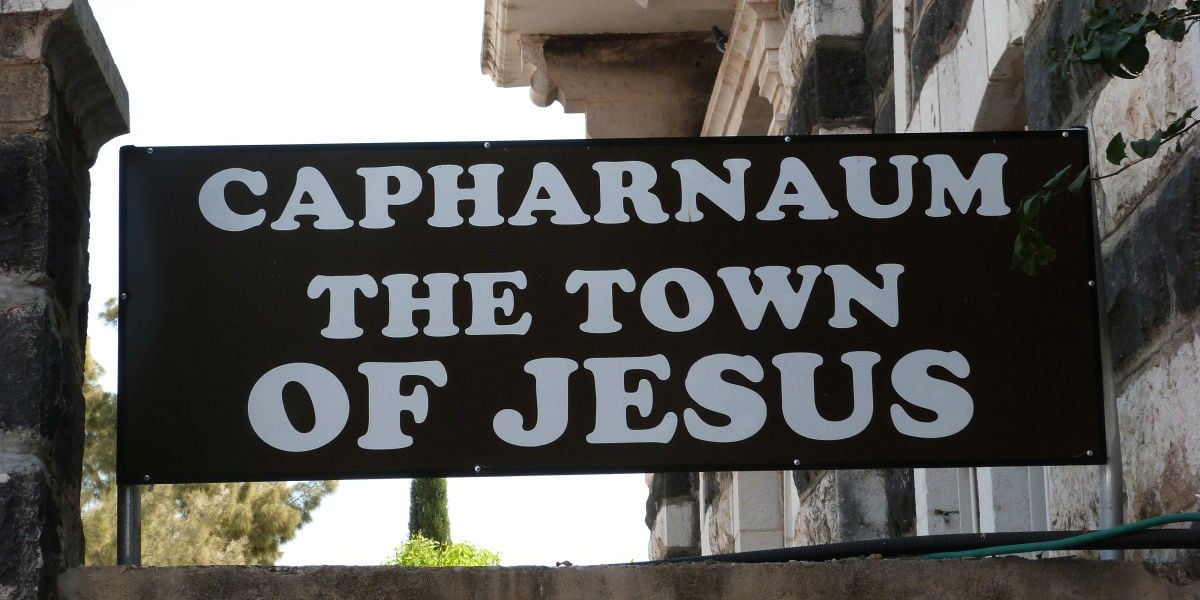 In our Holy Land pilgrimages, Capernaum is a central stop.  Here we read some of the gospel stories that happened in this location, in the place where they happened.  In the video Bible study Jesus: the Way, the Truth and the Life, Jeff Cavins and I discuss those passages, walking from the synagogue to the house of Peter and Andrew and sitting on the shore where the Lord called several of his disciples while they were mending their nets.

The excavations of this first century village of about 1500 people, are clearly shown in spectacular footage filmed from both the ground and the sky, providing a comprehensive picture of the closest thing to a home that Jesus had in the years of his public ministry.