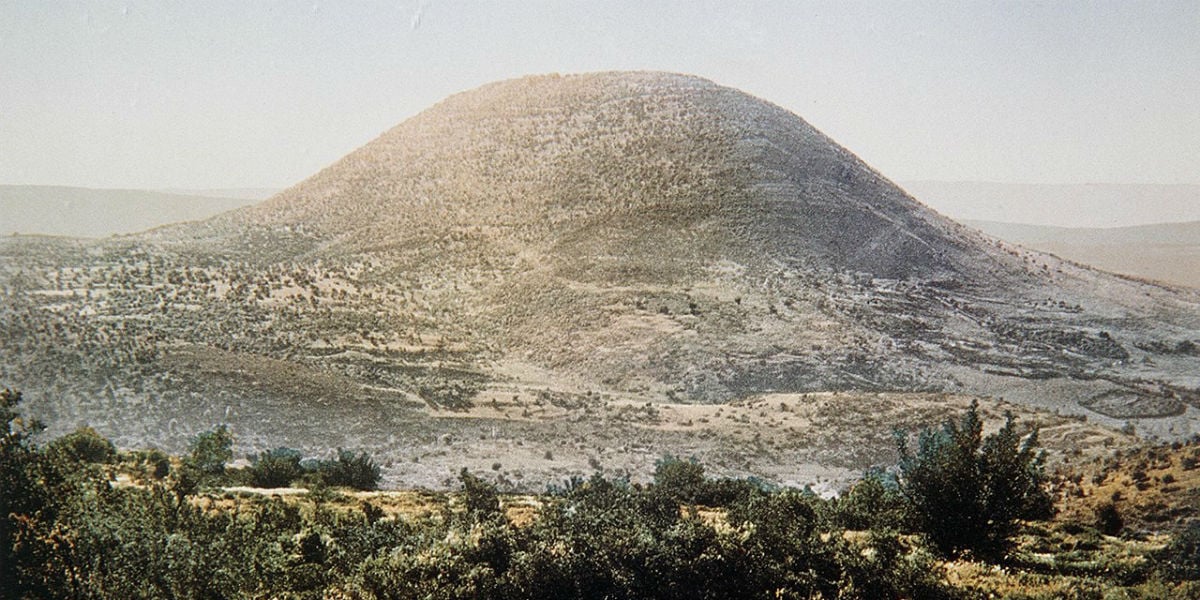 Mount Tabor – Tradition Site of the Transfiguration of Jesus

6 minute podcast describing the majestic summit of Mount Tabor, the traditional site of the Transfiguration of Jesus.  Dr. Italy, who has visited Mt. Tabor nearly thirty times, explains the beauty of the place itself and the view of Galilee and Samaria from the top of the Mountain.

In this brief segment which aired on national Catholic radio, Marcellino D’Ambrosio shares his impressions of one of the most dramatic peaks in the Holy Land, Mount Tabor.

This mountain is directly across the valley from Nazareth, so would have been a landmark Jesus grew up seeing on the horizon.  Anyone traveling from Nazareth to the holy city of Jerusalem would have to walk by Mt. Tabor.  People going to Jerusalem from Capernaum and the other vilaages around the Sea of Galilee would have also seen Tabor on their journey.

Though the gospel accounts pf the Transfiguration do not mention the name of the mountain (it is just described as “high”), very early Christian tradition locates this as the site of the event.  We can still see the ruins of the fourth century Byzantine Church that was built on the spot, and also the ruins of the Crusader church of the 12th century and the ruins of the medieval Benedictine monastery that stood next to it.

Like Peter, James and John, Holy Land pilgrims accompanying Dr. Italy and the Crossroads Initiative, pray at the top of this majestic peak.  Those that come with us understand why Peter wanted to build a tent and stay a while – the views are majestic and the sense of God’s presence is overwhelming.

Extensive footage of this beautiful spot appears in the video bible study Jesus, the Way, the Truth and the Life, from Ascension Press.  Jeff Cavins and Dr. Italy appear in that series discussing the meaning of the Transfiguration in the gardens surrounding the beautiful Church designed by architect Antonio Barluzzi.