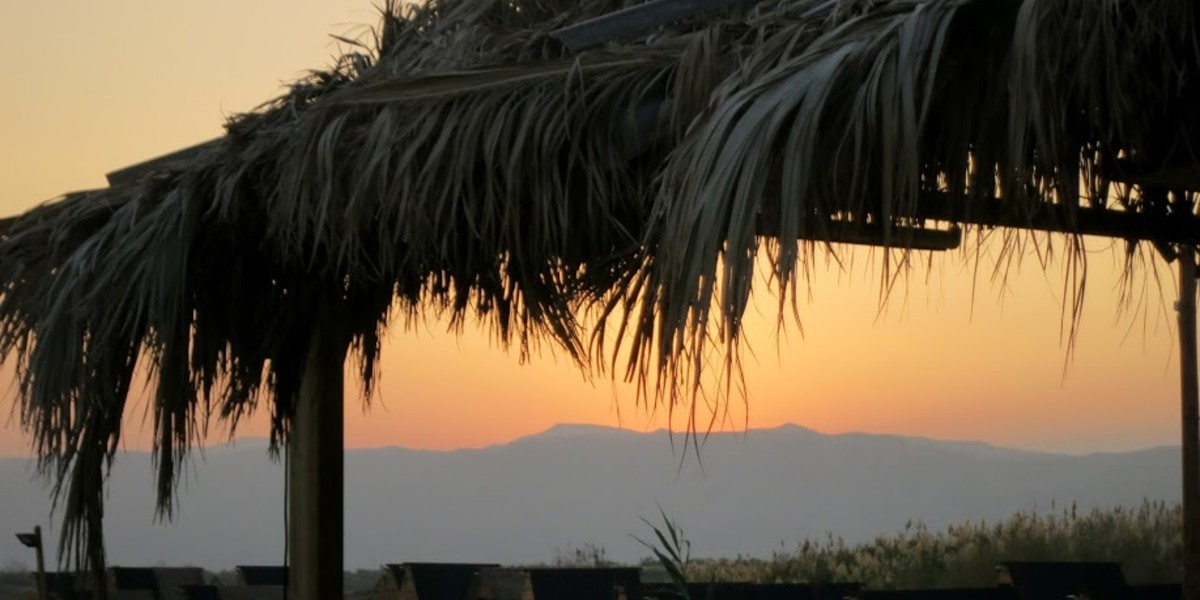 7 minute podcast describing the Dead Sea and the mysterious ruins of Qumran on its western shore where the famous Dead Sea Scrolls were discovered.

It’s only 20 miles from Jerusalem.  But it seems a world away.

We’re speaking of the Dead Sea, which Dr. Italy vividly describes in this podcast.  Jerusalem is at an elevation of roughly 2500 ft.  The twenty miles to the Dead Sea are a continuous downhill until you reach the lowest spot on the face of the planet, which is the surface of the Dead Sea. 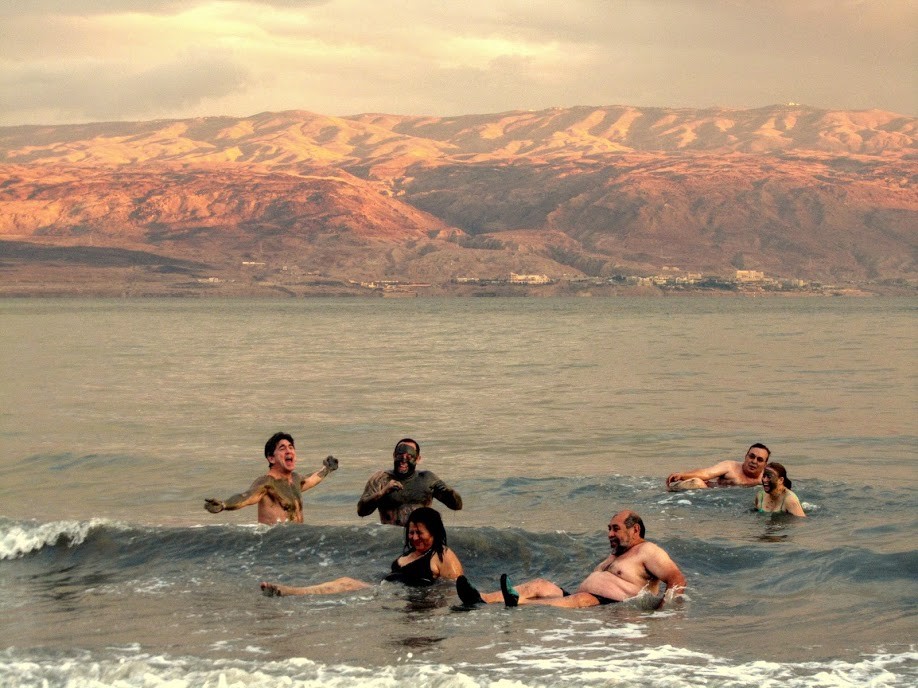 Above image by Susan D’Ambrosio. All rights reserved.

It’s called Dead for a very simple reason.  Water flows into it from the North – the Jordan river.  When rain hits the eastern slope of the Mount of Olives, which is not often, it ultimately makes its way to the Dead Sea.  But all water that arrives in the Dead Sea can’t leave, except by evaporation, since there is no ground lower to which the water can flow.  Salts and minerals don’t evaporate, though, so thousand of years of minerals mixed with just a relatively small amount of water means that the water of the Dead Sea is too salty for any fish or other acquatic creatures – about 10 times as salty as the Ocean.  For that reason, its bouyancy is remarkable.  It is impossible to sink.  We would not think of making a pilgrimage there without giving pilgrims the chance to spend a few hours at one of the many beach resort facilities along the shore where one can float, take a rejuvenating mud treatment, shower and change and have a beer at the lowest bar in the world.

Qumran and the Scrolls

From a biblical point of view, however, there is great historical and spiritual value in visiting a particular spot which was, in the time of Jesus, right on the Dead Sea’s western shore.  I’m speaking of a ruined monastery where dissident priests and their followers, disgusted by the corruption of the chief priests who ran the Jerusalem Temple, lived, prayed, and copied precious manuscripts.  Evidently, before the Romans came and destroyed their way of life during the Jewish revolt of 66-70AD, they hid their precious manuscripts in the surrounding caves.  These scrolls, found 2,000 years later in the late 1940’s and 50’s, were presented to the world under the name of “the Dead Sea Scrolls.”  During our pilgrimages, we view these caves, walk through the ruins where the manuscripts were copied, and learn what these scrolls contained and why they are so important. 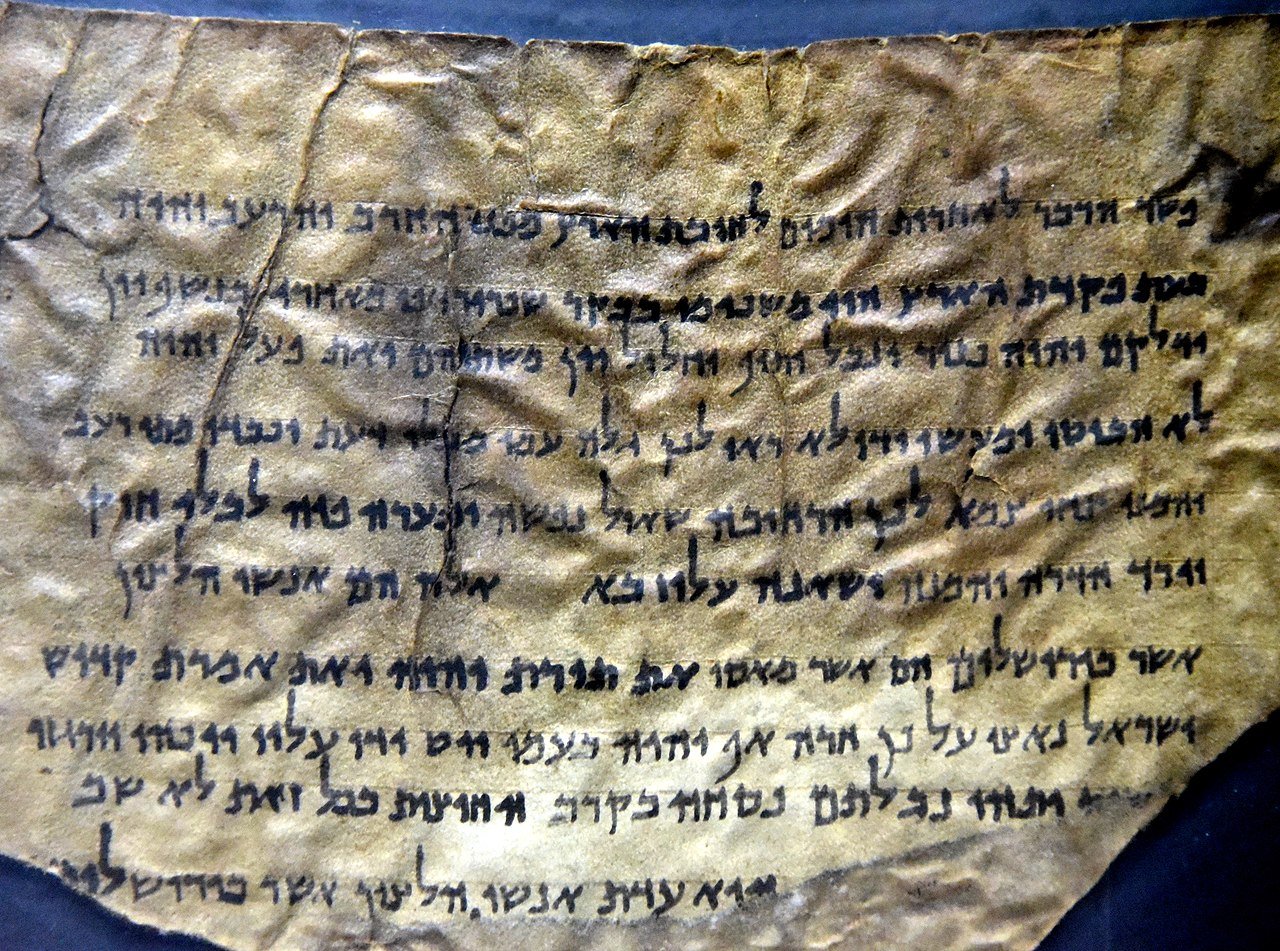 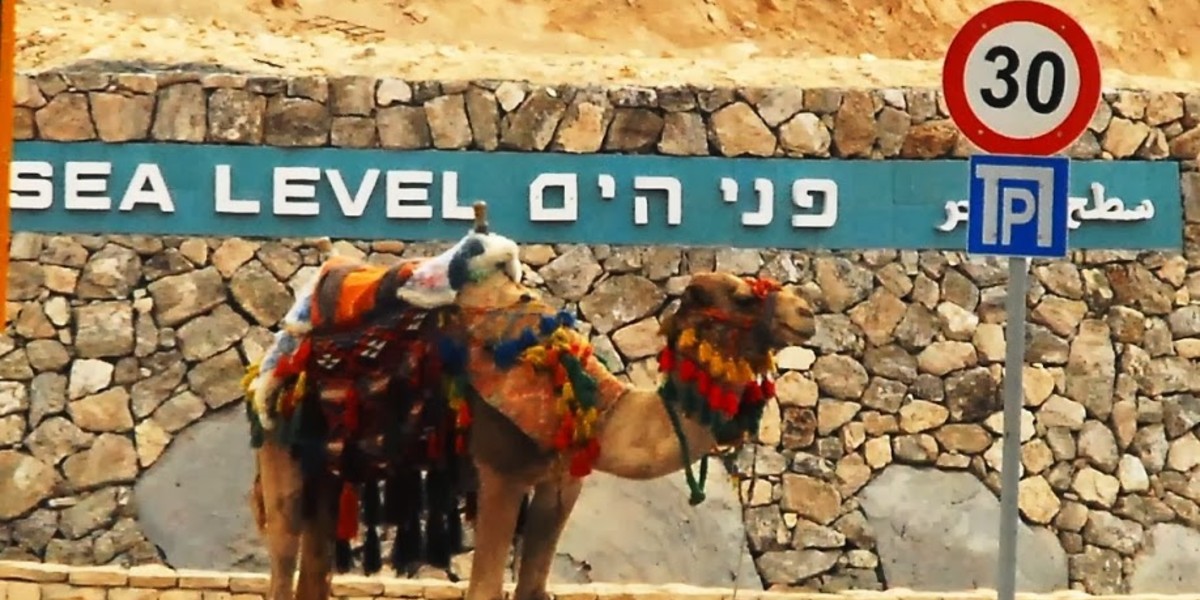 Above image by an unknown photographer. Public domain.

During the filming of Jesus, the Way the Truth and the Life, we share some spectacular footage of the area and discuss its significance (video #3).  The book that accompanies this series also discusses the Dead Sea Qumran community in chapter four.