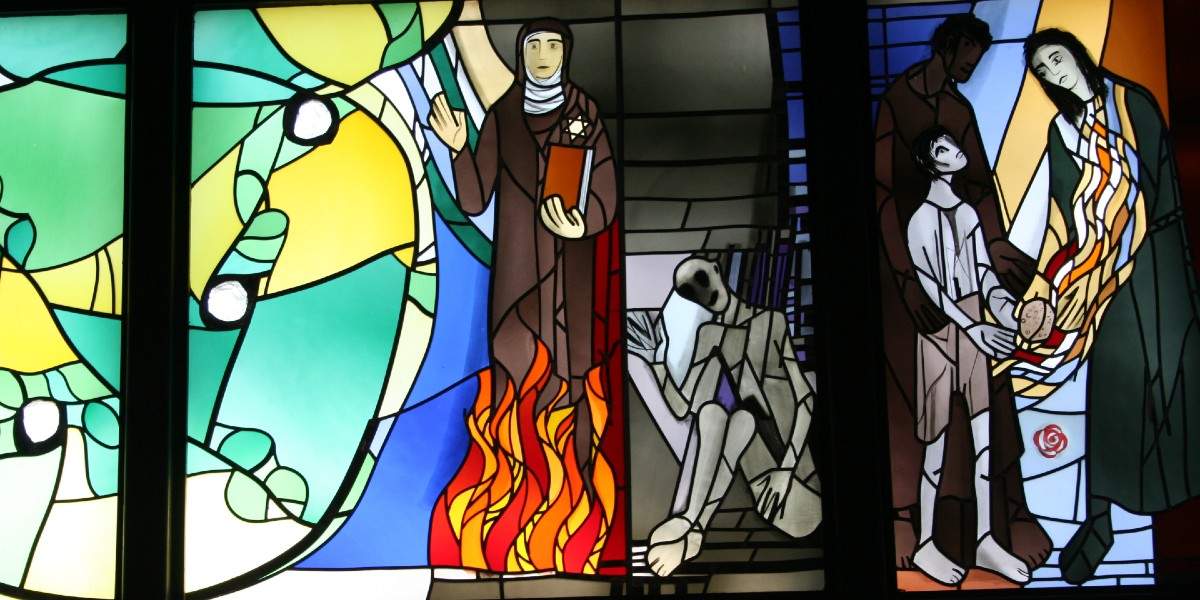 Into Death and Beyond it is an inspiring short film  of the last days of St. Maximilian Kolbe and the prisoners with whom he was confined in the starvation bunker of Auschwitz.

Little is known for certain about what transpired in the starvation bunker at Auschwitz while Maximilian and his fellow prisoners waited for death.  This dramatic telling of the story in the form of a short film by Anthony D’Ambrosio and Sherwood Fellows captures the heart of Fr. Kolbe and the struggle of each one of the inmates.  Profoundly moving!  (18 minutes)