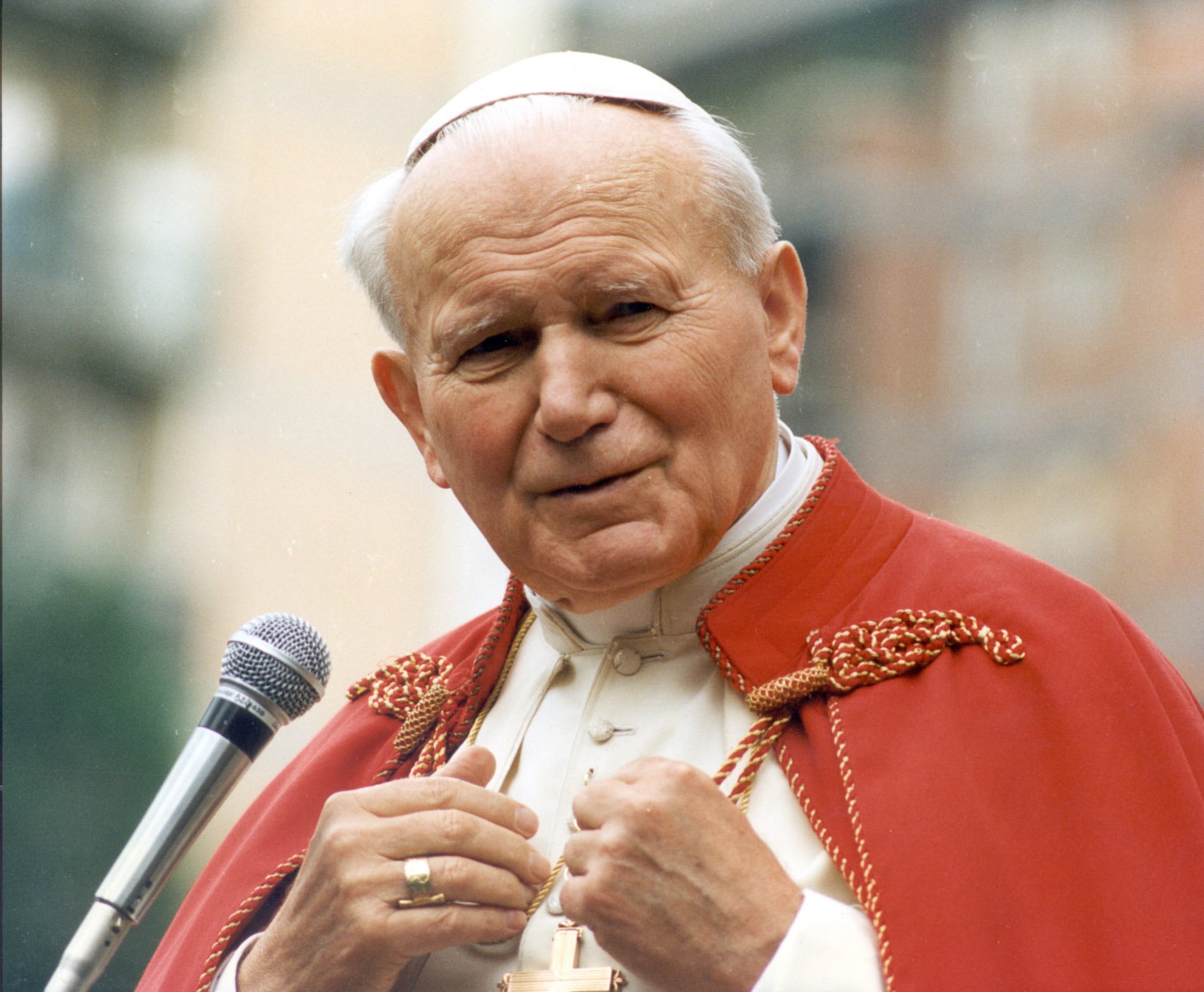 Scott Hahn writes of how the biblical vision of Pope John Paul II got his attention even in his days as a Protestant minister. Karol Wojtyla was so effective because of his command of Scripture

Though I was then a Protestant minister–Calvinist in training, evangelical in approach, and instinctively anti-Catholic–I was first drawn to Pope John Paul II in the early 1980s. I was not alone among his hesitant admirers. He captured our attention because of his effective combat in the culture wars. But he kept our attention because of something else.

Gradually and grudgingly, many of us, Protestants and Catholics alike, came to admit that he was effective in the culture wars, not because of his bully pulpit or his media savvy or his philosophical suavity, but because of his superior command of scripture.

This particular quality set him apart from popes of the post-Reformation era. It’s not that these men were unscriptural or anti-scriptural. But their methods were scholastic, precise, emphasizing ever-finer distinctions in thought. Moreover, their pastoral style set the tone for preachers and teachers throughout the Catholic world. So Protestants, those similar to me at least, found Catholic literature easy to dismiss as insufficiently scriptural.
But then came Pope John Paul II.

We should have known from his first words as pope that the world was in for something different. He began with “Be not afraid,” the exhortation of prophets and angels–and God himself–uttered whenever history had taken a momentous turn (see, for example, Genesis 46:3 and Luke 2:10). This phrase became a watchword of his pontificate, a reminder and reassurance, even to those of us who did not count ourselves among his flock.

And he confirmed his pervasively scriptural style in all of his early documents. In his first encyclical, Redemptor Hominis (The Redeemer of Man) in 1979, almost three-quarters of the 205 notes are scriptural citations.

Everyone knows his “theology of the body” addresses, delivered 1979-84, but few people recognize that they were sustained studies of selected texts from the Bible–both Old and New Testaments–employing all the best tools of ancient and modern scripture scholarship.
Here, I thought, was a pope who could speak to Protestants. But it was more than that. He could speak to the whole world, because scripture speaks to the whole world – and that is because God’s word speaks most eloquently to hearts that God himself created and redeemed.

I was not the first or the last to respond to the call of this shepherd, but in 1986 I became a Catholic. I don’t wish to imply that Pope John Paul II advocated or followed anything like the Protestant doctrine of sola scriptura, scripture’s sole-sufficiency. His work showed, rather, a method of prima scriptura–scripture’s primacy in Catholic tradition. Cardinal Yves Congar referred to it as the “normative primacy of Scripture” as he described the work of St. Augustine and St. Thomas Aquinas. In 1980, Pope John Paul told a group of theologians at Lateran University: “Faithfulness means… putting the Word of God… at the very origin of the theological process and referring to it all the acquired knowledge and conclusions gradually reached.” He repeated that belief in another address to academics in 1986: “Theology must take its point of departure from a continual and updated return to the Scriptures read in the Church.”

He called upon all Catholic preachers and teachers to follow his model. The work of religion teachers, he said, “must be …penetrated by the thought, the spirit and the outlook of the Bible and the Gospels.” The sermons of priests and deacons, he said, must be “centered upon the Bible texts.”

Again, I don’t want to reduce this great man to a Bible-thumper. He was, in the secular world, known as a philosopher of the first order. The year he was elected pope, his book The Acting Person was published in the prestigious Yearbook of Phenomenological Research; it was his fifth appearance in the series’ first 10 volumes.

Neither did he see biblical thought and human reason as somehow separate or opposed. In his 1998 letter on Faith and Reason, he wrote: “What is distinctive in the biblical text is the conviction that there is a profound and indissoluble unity between the knowledge of reason and the knowledge of faith.”

John Paul knew this. And it was his own profound integration of faith and reason that made him so …fatherly. He was a father after God’s own heart. As pope, he embodied God’s fatherhood to a household of more than a billion men and women of different ethnic, cultural, and economic backgrounds.

And because he was a true father–a man who was fluent in the Bible, God’s fatherly plan–John Paul II could speak with moral and spiritual authority to the world, to the Church, and to the churches.

Dr. Scott Hahn is a Professor of Theology and Scripture at Franciscan University of Steubenville in Ohio where he has taught since 1990. Scott is also the founder and director of Saint Paul Center for Biblical Theology also located in Steubenville. Dr. Scott Hahn received his BA in 1979 from Grove City College in Pennsylvania with a triple major of theology, philosophy, and economics (magna cum laude). Scott then obtained his MDiv (summa cum laude) from Gordon-Conwell Seminary in 1982. Dr. Hahn is a former Presbyterian minister with ten years of youth and pastoral ministry experience in Pennsylvania, Ohio, Massachusetts, Kansas and Virginia and is a former Professor of Theology at Chesapeake Theological Seminary. He was ordained in 1982 at Trinity Presbyterian Church in Fairfax, Virginia. Dr. Scott Hahn entered the Catholic Church at Easter 1986 in Milwaukee, Wisconsin and he was joined by his wife Kimberly at the Easter Vigil Mass in 1990. Since 1990, Dr. Hahn has served as professor of theology and Scripture at Franciscan University. In May 1995, Hahn was awarded a PhD in systematic theology from Marquette University (Phi Beta Kappa). Dr. Scott Hahn has given over 600 talks in the US and other countries on theological and biblical topics related to the Catholic faith. Dr. Hahn has also written numerous books, some of which we carry on The Crossroads Initiative, including The Lamb’s Supper: The Mass as Heaven on Earth; Hail, Holy Queen: The Mother of God in the Word of God; First Comes Love: Finding Your Family in the Church and the Trinity, and Understanding Our Father: Biblical Reflections on the Lord’s Prayer, Swear to God, and Scripture Matters are the titles of his newest books. He is also the author of Lord Have Mercy, A Father Who Keeps His Promises: God’s Covenant Love in Scripture, co-author (along with his wife, Kimberly) of Rome Sweet Home: Our Journey to Catholicism, and co-editor of Catholic for a Reason: Scripture and the Mystery of the Family of God. Dr. Hahn has also written numerous articles and is editor of Scripture Matters as it appears in Envoy Magazine. Biography by Dr. Italy